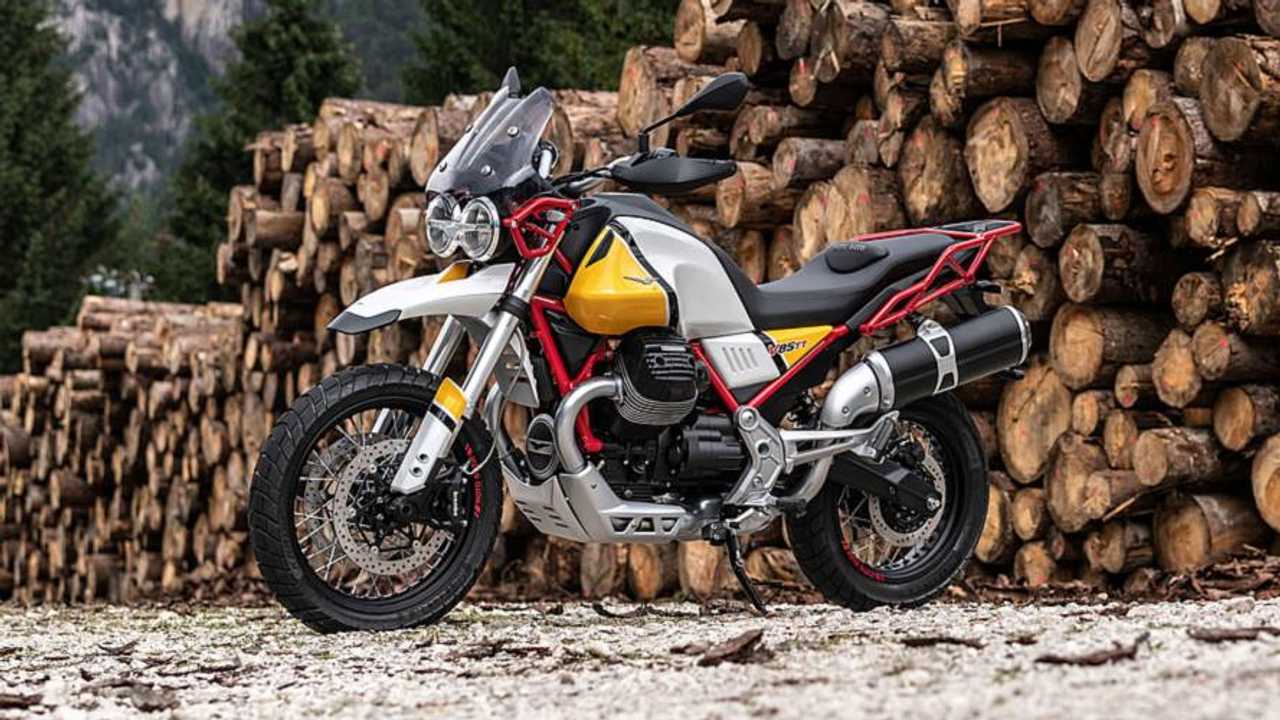 After months of teasing and taunting, the V85 becomes a reality

For those who got excited by Moto Guzzi’s V85 TT Concept revealed at EICMA last year, we have some good news. The production version of the model has finally shown its colors on the group’s Discover V85 website and as we suspected earlier in the summer, the showroom-ready version is loyal to the concept.

The new model will make its official debut at EICMA this year, looping the loop, however it looks like Moto Guzzi was happy to give us an early taste of their brand-new adventure bike. The V85 heading for the production line sports all the same features as last year’s concept with some minor tweaks.

It sports the same contrasting red trellis frame, modified slightly around the head of the bike. The exhaust pipe is longer and the coil spring at the back is now black rather than the original matching yellow. The hand guard design has also changed and the shells are now black rather than body-matching. The mesh panel located at the forefront of the bike, tucked under the gas tank is now full. As we said: the tweaks are minor and it’s only when scrutinizing the concept side by side with the production model that we actually notice the changes. We’re glad they stuck with the classic-looking spoke wheels.

The pictures also reveal the motorcycle’s display that suggest quite a few interesting things. The “Pioggia” indication, or “Rain”, complete with a rainy cloud icon, suggests the model will receive riding modes, which shouldn’t come as a surprise considering other models in the lineup have the modes as well. Even more interesting are the tiny icons located above the odometer which lead us to believe the bike’s computer will offer navigation and will even sync with a smartphone. We also like the radar pattern that decorates the screen frame.

The V85 will be powered by an 853 cc, 90-degree transversal v-twin engine rated at 80 hp. It will replace the discontinued Stelvio 1200 NTX. Further details, including the price, are expected to be revealed in Milan in November.