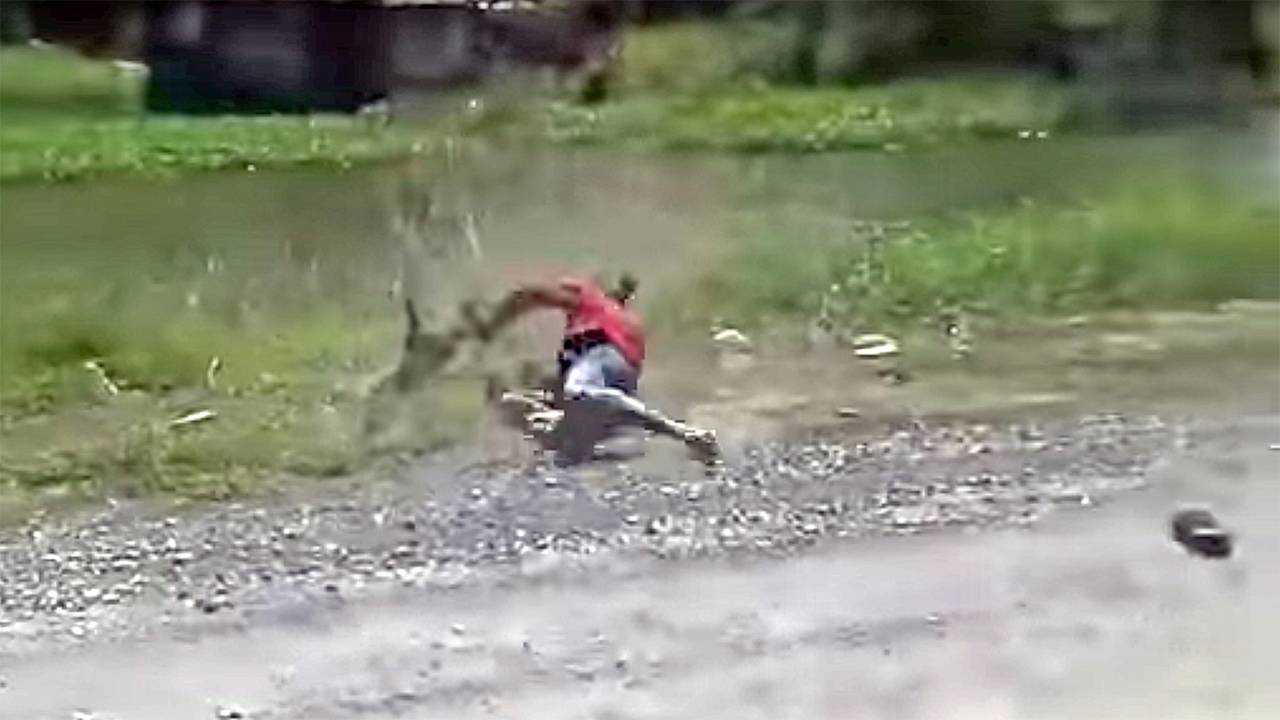 Sometimes when you take a swing at nature, nature swings back. Or in this case, you toss a shoe at a monkey, and it attacks you.

Sometimes when you take a swing at nature, nature swings back

While digging around the deep dark recesses of the interwebs this morning, we stumbled across this video from the archives that straddled that fine line between disturbing and hilarious. If you don't want to see a man actually fighting a monkey, then click here for a story about some motorcycle nature documentaries. You've been warned.

Just look at this monkey, sitting there all smug, peeing on a bike.

What would you do if you walked up to your precious bike and found a wild animal sitting on it, let's say it was a monkey. And while you watched, said monkey pees on your seat, as you helplessly watch it drip down into the crevices of your shiny machine.

The man in the video begins by yelling at the animal but as we see, it has no effect. The monkey barely pays attention, clearly asserting that it's finders keepers, and since it found the bike, it's a monkey property now. Seeing the pee and losing his cool, the bike owner takes off a shoe and throws it at the pesky primate. Sure, it gets the monkey's attention, as it hops off the bike and chargers the man.

A carefully aimed footwear toss only serves to make this smug monkey an angry monkey.

It's obvious that both the bike owner and the man filming this on his phone are immediately terrified and try to make a run for it, but the monkey, obviously quicker catches up to the one-shoed man and tackles him to the ground. Yea, a monkey, not a gorilla, somehow puts a grown man on the ground where a true mano a mano battle ensues.

Fists fly, paws and teeth lash out, while both man and monkey tussle in the dust. The true moment of epic hilarity is when the man resorts to throwing dirt at the monkey in an effort to... umm... temporarily blind it? He's obviously a keen student of the art of hand to hand combat from comic books.

We're told that neither man nor monkey were harmed in this altercation. You be the judge of that.

DID YOU SEE? Local Ducatista Hauls Venomous Snakes with Multistrada