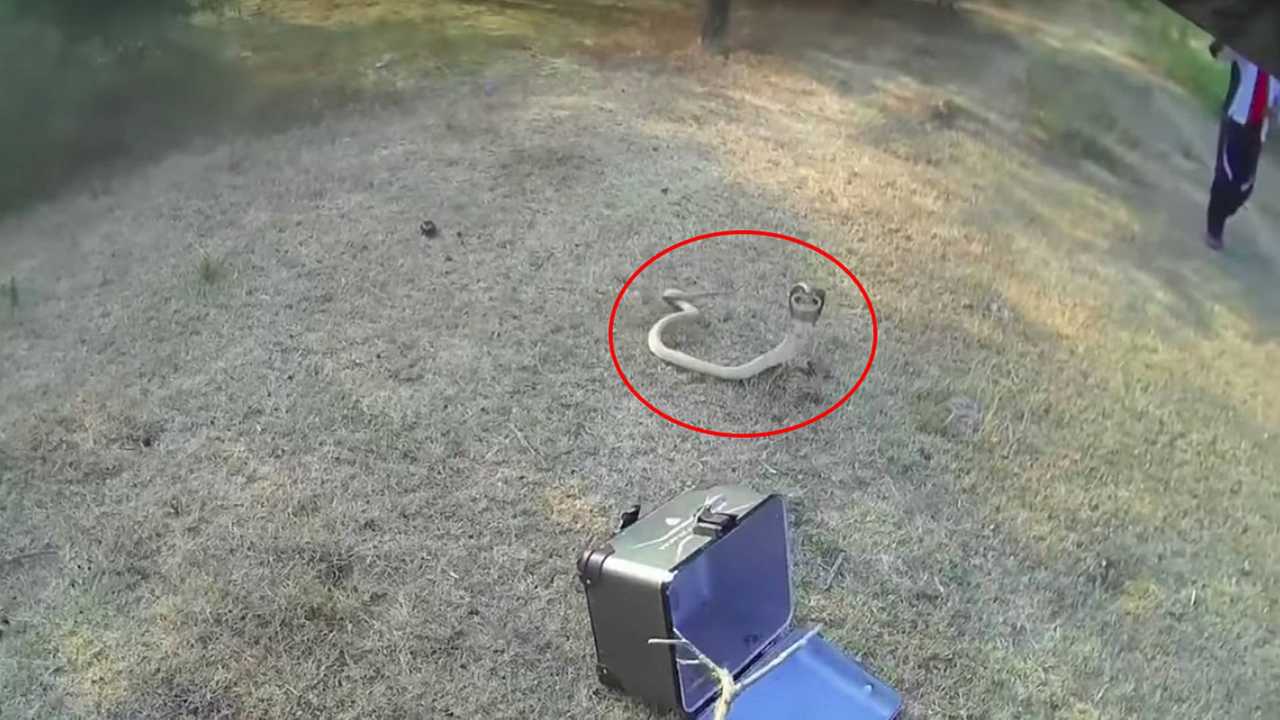 Got a snake problem? Deadly cobras slithering through your neighborhood and harassing your pets? Don't worry, just call Mr. Sunil and his Ducati!

There's no denying that the Ducati Multistrada is a versatile motorcycle. On the road, off the road, it will do pretty much anything you want it to do. Even carry venomous snakes! If that's not for you, you can leave that part to Mr Sunil, an Indian man who has saved close to 100 snakes with his Ducati.

Sunil is from Bangalore, India, and has made it his mission to help make the world a little better for all the neighborhood cobras and vipers. Interactions between wildlife and humans are on the rise in India as cities expand into the surrounding countryside, and not all animals you encounter are cute and cuddly. Some of these unfortunate encounters turn out to be fatal for either or the animal and the human involved.

FROM AROUND: Video: Insane Police Helmet Cams From Around the World

A construction site nearby Mr Sunil's house has been disturbing and scaring venomous snake that end up wandering in his neighborhood. Sunil decided the snakes needed to be released somewhere safe, in the woods on the outskirts of the city. Why not take them there by motorcycle? Don't we all say that any reason is a good reason for riding anyway?

After all, the saddlebags on his Multistrada are in aluminum, so there's limited risk of a snake making its way out during transportation. Equipped with a snake stick to handle the often dangerous animals, Sunil relocates them out of the city, out of harm's way. He removes the bag from its mount, opens it, rests it on the ground, and leaves the snakes to make their way out on their own.

This isn't the first socially conscious endeavor Sunil has undertaken. He also built a two-wheel ambulance using a KTM Duke 390, which goes to illustrate just how crucial the versatility of a bike is on the busy streets of India.