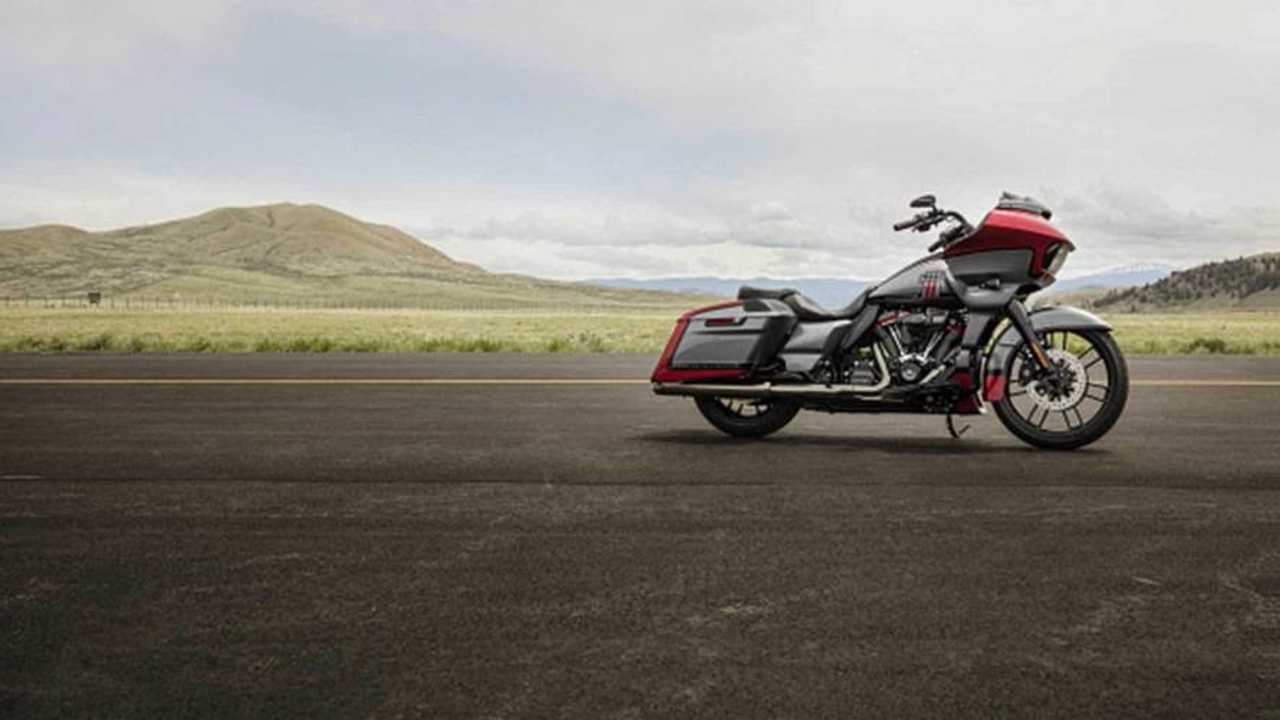 What's Harley's CVO division been up to lately? Quite a lot, it turns out

Not content to just drop a drag-inspired power cruiser on us this week, Harley-Davidson also announced its 2019 CVO lineup. As you may know, Harley's Custom Vehicles Operations division turns out high-performance factory customs based on the company's touring bikes. CVO bikes typically have hopped up engines, special accessory lines, and fancy—and eye-wateringly expensive—paint jobs. So, what does the CVO division have in store for Harlistas next year? Let's have a look.

For the rider who expects it all – luxury, performance, features and style. The CVO Limited model offers the ultimate in long-range touring comfort and luxury.

The stripped down CVO Street Glide.

There's no mistaking a Road Glide.

Exclusive Knockout™ 21-inch front and 18-inch rear wheel – the only factory-installed 21-inch front wheel offered on a Harley-Davidson Touring model. The suspension is engineered to work with the wheel size to deliver optimal performance, handling, and ride quality without compromising fitment of accessories.

To appeal to a broad range of customer tastes each 2019 CVO model is offered in three distinctly different styling treatments, from a look with a bright powertrain and chrome details with two-tone paint, to a combination of dark and bright finishes, to a very dark look with a monochrome or fade paint.

CVO Fade Paint is an extremely complex treatment. Developed exclusively for Harley-Davidson, the fade effect goes from a lighter to darker shade as it moves higher on the motorcycle and is very carefully aligned on each piece of bodywork to create the illusion that the motorcycle is being lighted from below. This paint treatment relies on expertly programmed robotic application of multiple layers of paint.

Black Onyx is a finish featured on the exhaust of the darkest styling treatments offered for CVO Road Glide and CVO Street Glide models. This “physical vapor deposition” finish is applied over chrome. The finish was originally developed for mil-spec and jewelry applications. It’s very durable but also so thin that in bright light the underlying chrome is visible through the Black Onyx finish.

There's a lot going on here on the CVO's dash.

Wireless Headset with Bluetooth interface to the Boom! Box GTS eliminates cords and enables the same functions as wired headset with premium sound quality. The headset has a range of up to one mile and can communicate with up to eight other compatible headsets. The CVO Limited model is delivered with two wireless headsets; the CVO Street Glide and CVO Road Glide models include a single headset.

The Tire Pressure Monitoring System displays current front and rear tire pressure on the Boom! Box screen and issues an alert when tire pressure is low to warn the rider that tire pressure should be checked, or if a tire is losing pressure due to puncture.

The Milwaukee-Eight 117 is exclusive to CVO models and features 117 cubic inch displacement, a high-performance camshaft and intake, an elevated 10.2:1 compression ratio and produces up to 125 ft. lbs. of torque. On 2019 models the Milwaukee-Eight 117 for CVO is identified by a bright Blaze Red band on the engine rocker boxes.

CVO Limited: Four Boom! Stage I speakers (paired in fairing and Tour-Pak® carrier) powered by a single amplifier and 75 watts per channel.