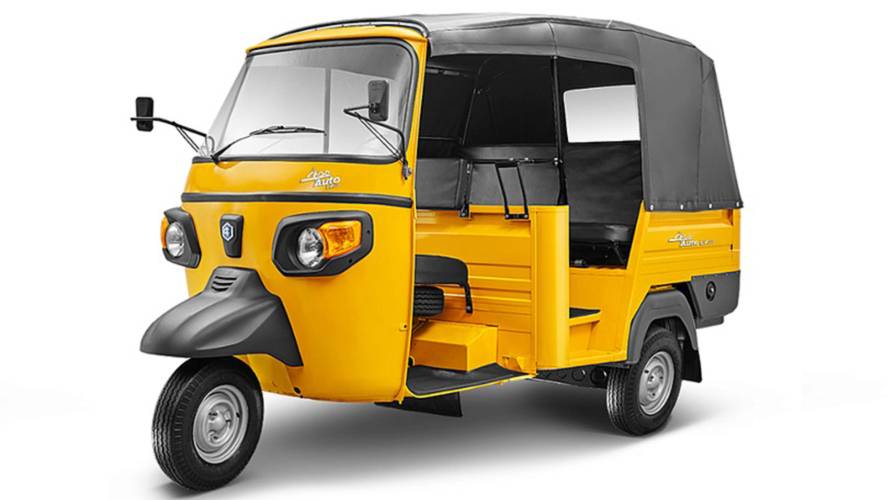 The Piaggio Ape—Italian for "bee"—is that quirky miniature vehicle that's neither a trike or a truck, but sort of a healthy blend of both. Based on the venerable Vespa scooter, the three-wheel vehicle has been part of the Italian landscape for ages and is known for its ability to go where delivery trucks can't. With globalization, other markets have come to appreciate the model that's everything but sexy, but you don't need to look good when you get to be this useful! The company has now released two new variants of their working bee with alternative fuels and powertrains.

From humble Italian beginnings, Piaggio has now spread to the world with factories and offices in six countries, including India. The Baramati plant is celebrating the production of its 2.5 millionth Piaggio vehicle, which coincides with the brand's launch of two new Apes; the Xtra LDx and the Auto DX, featuring the industry's first water-cooled engine range.

The Auto DX is the passenger-friendly version of the model with seating for two to three passengers with extra milk crates at the back, in the cargo area. Its tiny 435cc single-cylinder engine produces an adorable 8.04 hp—it won't get you there fast, but it will get you there.

The Xtra LDx is the mini pick-up truck-looking variant with an open box at the back for hauling a respectable 560 kg of goods. Though both designs remain invariably minimalistic, we notice a very subtle modernization of the lines. Welcome to 2018!

To meet the needs of its growing Indian market, Piaggio has also taken the opportunity to announce that their new Apes will be available with natural gas or liquid propane-powered engines.

A warranty plan has also been announced, offering owners of new Ape diesel models up to 42 months of coverage or 74,500 miles as for the buyers of natural gas/lpg/petrol variants, the warranty will cover 36 months or 62,000 miles. In doing so, the company hopes to cater to the evolving needs of its expanding market by diversifying its fuel portfolio.