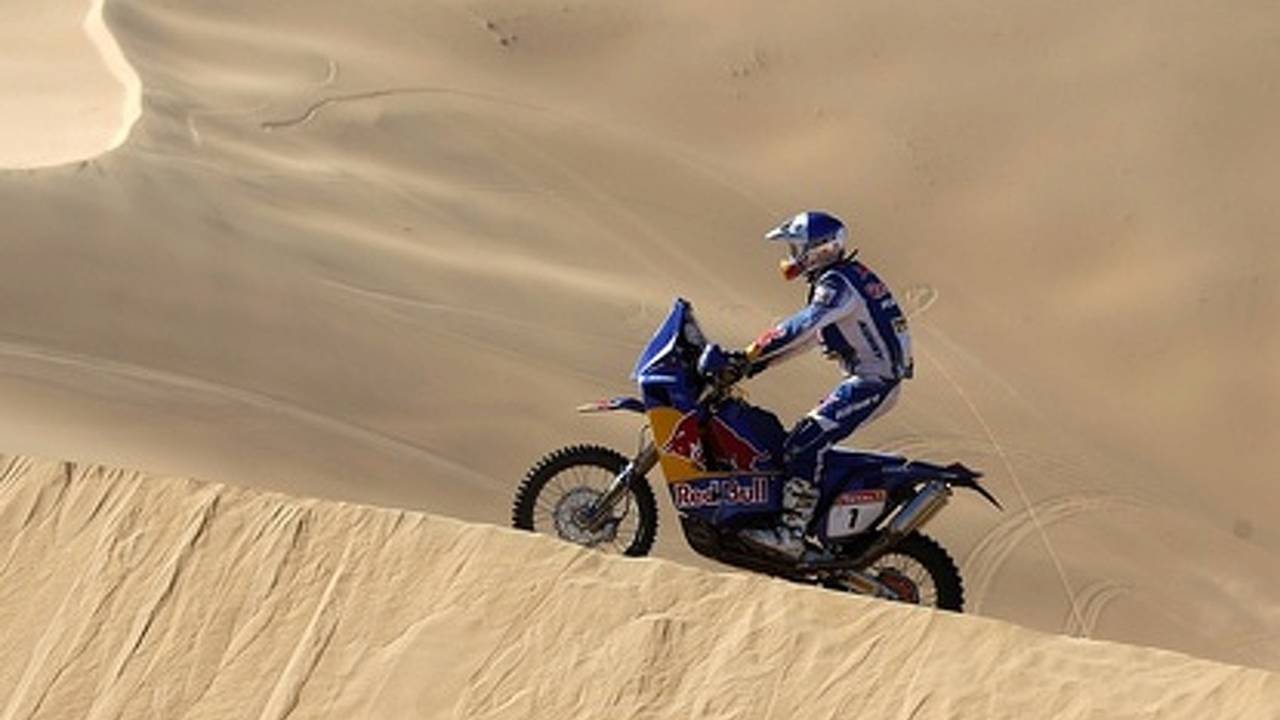 This morning the Dakar Rally announced it would limit all motorcycles to 450cc. KTM races 654cc motorcycles. So it's quitting. Full details below.>"Rally Dakar" - KTM withdraws! The limiting of motorcycles with a displacement of 450 cc forces the long term dominator of the Dakar Rally to withdraw. Following the announcement at a press conference on June 4, ...

This morning the Dakar Rally announced it would limit all motorcycles to 450cc. KTM races 654cc motorcycles. So it's quitting. Full details below.
>

Following the announcement at a press conference on June 4, 2009 of the French "ASO" - the organisers of the "South American Dakar" that from 2010, only motorcycles with a maximum displacement of 450 cc will be permitted to compete, KTM, after eight consecutive victories, has decided to immediately accept the consequences and announces its withdrawal from the "Dakar".

The company will no longer be represented at the rally in South America either with an official factory team or a KTM-supported team. At the same time, KTM underlines that the company remains committed to rally sport and will now concentrate its efforts on the world championship and other important rallies.

The organiser's short term change to the rules, designed to end the dominance of KTM, and which comes without any advance warning, hits the KTM factory hard. Today, just six months before the start - and at a time when not only the factory team but also dozens of private teams are deep in preparations for this extremely complex rally, the immediate withdrawal of the worldwide market leader of offroad sports motorcycle is the only possible consequence.

"Every sport regulation needs changes and adjustments to new developments to retain an interest in it, but this also require the appropriate lead times. We have the entire material for the 690 Rally motorcycles for our factory team as well as that for 50 customers' motorcycles in our storage facility ready to be constructed in June. Riders' contracts have been finalised and all the team members have been engaged. The financial consequences that results from this decision are enormous. Quite apart from this, we are shocked by the organiser's lack of loyalty, above all because of the huge efforts we made following the cancellation of the Dakar in 2008 by contributing to the new edition - even during a period of extreme economic crisis," said KTM Motor Sport Advisor and "Rally Legend" Heinz Kinigadner in a first statement.

Following the decision for the deployment of 450cc motorcycles, which are unthinkably unsuitable for use in long distance rallies, KTM can no longer economically justify a commitment to be engaged in the Dakar in the future. KTM Motor Sport Director Winfried Kerschhaggl: "Rally sport serves to prove the efficiency and stability of our large volume series single cylinder. There is no question that we will remain active in rally sport! Having said that, for KTM, the rally in South America is now history. We will now fully concentrate on the Rally World Championship and we will seek out alternatives. Maybe we will soon again see full KTM Rally engagement on African soil - back to the roots!"

With its commitment to rally sports, KTM naturally takes the obligations to its long term worldwide customers seriously because it is they who have decided to put their trust in the products and in the unique service of the Austrian company for rally sport by choosing KTM motorcycles.