How to get 100mpg on a Kawasaki Ninja

A member of EcoModder.com reports his average fuel consumption on a 2003 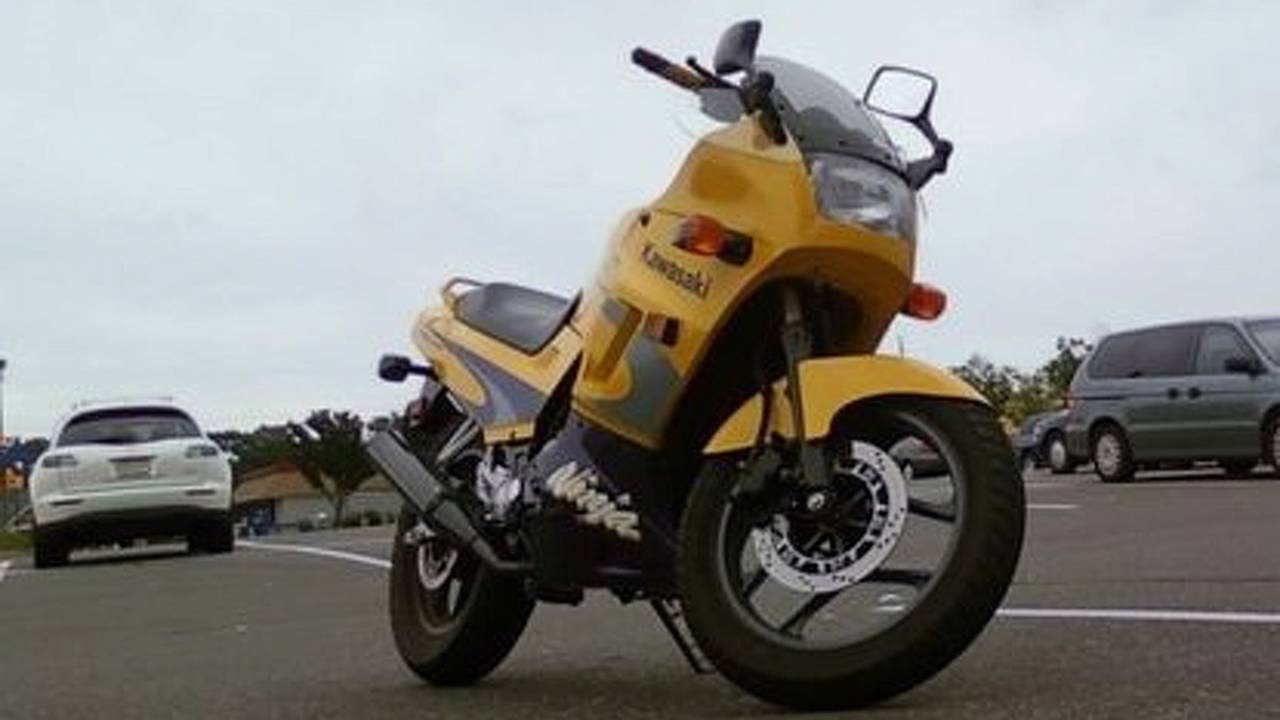 As of 05/15/09, my previous mpg average for 1 year was 71.9mpg. As i had stated in the post linked above, its my commuter bike for which most of the time was spent on the Garden State Parkway (65mph limit) doing 75mph on average. I always position myself in a tuck any time i am over 45-50mph.

After reading about techniques that the currently successful hypermilers are using, I was curious to see how my little Ninja's fuel efficiency would improve if i applied these techniques to my every day riding style. So i did... Heres the log since then. (Note: I started these techniques after the 5/15/09 fill up, so the data after that date reflects the effects of these techniques.)

Tank ending on 5/21/09: 8% mpg gain from average. 77.7mpg
The first thing i started to do was slow my highway speed down to 65mph. I had just began to attempt some very minor EOC events... it takes time to "learn" your commute route and to spot the correct EOC initiation points, as well as learning how far the vehicle can travel during EOC. Im sure you hypermilers know what i mean.

Tank ending on 5/28/09: 19% mpg gain from average. 85.7mpg
On this tank, i did not exceed 60mph on the highway. My EOC'ing was more pronounced as i had gained more experience with it on my bike. I also limited my in-town speed to 5mph under the speed limit, no less than 30mph, in the highest gear. Acceleration, as is my riding style with this bike, was minimal.

I was ecstatic!! I could not believe the improvement at this point. While it was a significant improvement, I still wanted to go through another tank using the same techniques in order to validate the improvements

Tank ending on 6/7/09: 31% mpg gain from average. 94.1mpg!
Inspired by my previous tank's improvement, i pretty much tried as hard as i could to EOC as much as was realistically necessary. I still did not exceed 60mph on the highway, however sometimes i would slow to 55mph if there was no one close behind me (even so, other drivers didn't seem to mind and calmly passed me). In-town speed was still 5mph under the speed limit.

I would like to note that my fill up routine is very uniform in that I always fill up to where the gas is touching a metal rim below the gas cap assembly. To make things even better, all 3 of these fill ups were at the EXACT same fuel pump.

PS: If you happen to live in New Jersey and see a yellow Ninja 250 driving at or a little below the speed limit, with the rider crouched down as much as possible, usually carrying a book bag, please feel free to honk at me and/or give me the thumbs up if you see me!

As a side note: The gas in this tank (from 6-15 to 6-22) was Exxon 87...it must have been bad gas because any more than 40-50% throttle and my bike would start pinging. It didn't bother me much though since i rarely ever use that much throttle.

Tank ending on 06-30-09: 97.8 mpg!
Was stuck in traffic on the highway a few times because of people rushing down to the shore. Tried my best to EOC and DWB in traffic as much as i could, but i think it took a little hit in mpg from that.

Tank ending on 07-10-2009: 95.9 mpg!
I did an experiment on this tank. I had been experiencing lower back pain from tucking down alot. On this tank, i sat up comfortably and never crouched and I still was able to achieve over 90mpg. It appears that 55mph is a sweet spot as far as aerodynamics go. I am very happy that I was able to achieve this number without crouching. Further tanks will confirm the success of EOC and 55mph maximum cruising on motorcycles (any motor vehicle for that matter).

Tank ending on 07-17-09: 91.6 mpg
Still sitting up comfortably and still achieving over 90mpg. I had done a 60mile trip at 65mph during this tank because i was pressed for time getting to class. That may have dropped my MPG off a little bit. More to come!

Tank ending on 07-24-09: 90.4 mpg
This tank, my mpg was down because I was a little pissed off at a driver on the parkway and had to catch up to him (he was doing 90) so I could give him a piece of my mind. Doing over 90mph on this bike requires WOT. I was doing 55mph in the right lane and he came flying up behind me and nearly clipped me when passing me...I literally felt the turbulence on my leg coming off his front bumper. He was like a foot away from me. Turns out, it looked like he was a retired trooper or something (he had the NJ Trooper shield on his side window)..... but since when does that give them the right to drive like an idiot? I still yelled and screamed at the guy.

Tank ending on 08-16-09: 90.12mpg
The past two weeks, i installed a radiator block about 75% just to see how it would affect my mileage. The cooling system works really well on my bike, and usually hovers just over the bottom normal temp line (about 25% of the gauge sweep), even in 70+ weather. With the radiator block, the temp operates around 50% on the gauge now, even in 95*F weather.

In essence, a warmer operating temp should richen the bike up a little, and it felt to have done just that during my riding. This makes me wonder whether or not the stock jetting is too rich for the summer temperatures, and whether I could gain another 5% or so by rejetting the bike. The only thing holding me back is that removing the carbs on this bike is a pain in the butt with the stock airbox still installed.

I'll never really know until I start messing around with different jetting, or until I weld a bung in my exhaust and hook my wideband up to it.