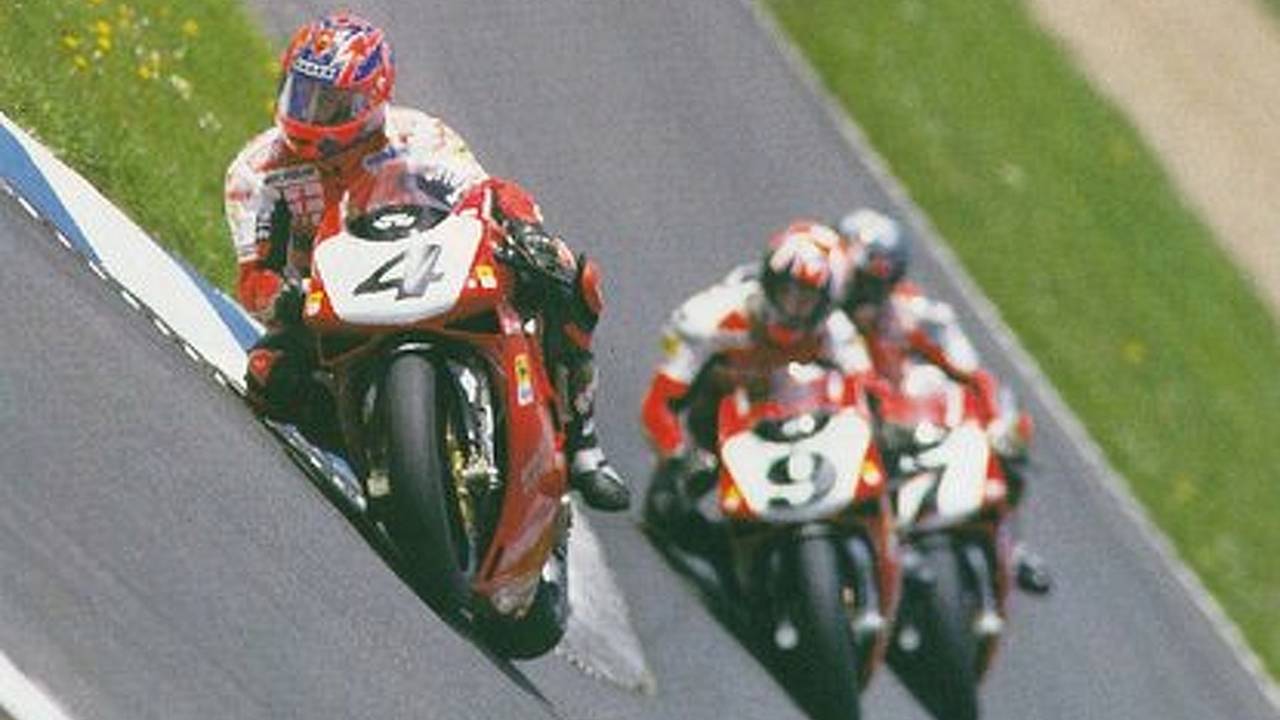 Ducati is quitting the racing series it helped popularize and that came to define its corporate success. This morning, Ducati announced it would no longer field a factory team in SBK, instead concentrating on MotoGP. Reading between the lines, it's easy to jump to the much-rumored conclusion that the money Ducati had been putting towards seeing its 1198 lose to the Aprilia RSV4 will now go towards...

Ducati is quitting the racing series it helped popularize and that came to define its corporate success. This morning, Ducati announced it would no longer field a factory team in SBK, instead concentrating on MotoGP. Reading between the lines, it's easy to jump to the much-rumored conclusion that the money Ducati had been putting towards seeing its 1198 lose to the Aprilia RSV4 will now go towards Valentino Rossi's retirement fund. The move also marks a radical change for the company's marketing strategy, purchasing a Ducati superbike will no longer be a case of purchasing a race-winning motorcycle, but instead one that'll allegedly include trickle down technology from MotoGP. Does this mean future Ducati flagships will look more like the Desmosedici than they will a living, breathing set of SBK homologation rules? What does that mean for v-twins?

Update: SBK has issued an official statement, essentially calling out Ducati for lying about its reason for quitting the series, it's below.

2010 -   Ducati, having participated with a factory team in every

edition of the World Superbike Championship since it began in 1988,

along the way, has decided to limit its participation to the supply of

machines and support to private teams.

"This decision is part of a specific strategy

made by Ducati, the aim being to further increase technological content

years. In order to achieve this objective, the company's technical

resources, until now engaged with the management of the factory

Superbike team, will instead be dedicated to the development of the new

generation of hypersport bikes, in both their homologated and

CEO of Ducati. "I would like to thank Nori and Michel, and all of the

riders that have contributed to the great history of Ducati in

Superbike, but above all the Ducati employees; it is their hard work

and professionalism that has allowed us to achieve such important

results. A big thank you also to all of the partners that have

supported us, first and foremost Xerox of course. I would also like to

acknowledge the Flammini brothers who have managed the championship for

so long, and the FIM, the organization with which we have continuous,

By making this important decision Ducati aims to

increase the speed and efficiency with which it transfers advanced

to the production series.

The task of testing innovative technical

solutions in Superbike racing will therefore be entrusted to external

teams in the coming years, teams that will have the chance to receive

technical support from Ducati personnel. This choice will allow the

teams to benefit from even more competitive machines and parts.

Despite the decision to interrupt its official participation in the

World Superbike Championship, Ducati will continue to work, in

collaboration with the championship organizers, other manufacturers and

the FIM, to define a technical regulation aimed at containing costs.

Strong in the sporting spirit that has always allowed this manufacturer

to compete, line-up against its rivals, and win, it is fundamental for

Ducati to identify, together with the other interested parties,

solutions that can guarantee the future of the championship in the

according to the current regulations, has been interpreted as moving

more towards competition between prototypes rather than for bikes

derived from production machines. This has led to an increase in costs,

both for the manufacturers and the teams participating in the

championship. This picture does not correlate with the current

worldwide economic situation, which has made the securing of

sponsorship even more difficult. Ducati trusts that the work carried

out by all parties will lead to improvement also in this area.

Infront Motor Sports has learnt with

disappointment of Ducati's decision not to participate with a factory

wins in the world championship for production-based bikes, in which it

Manufacturers' and 13 Riders' titles with its strictly twin-cylinder

production models. As recently as last year Ducati was fighting for the

Portimao, proving the outright competitiveness of its flagship model,

the 1198, and demonstrating the extremely well-balanced nature of the

"We are disappointed and also a

Infront Motor Sports, "especially since we have been asked numerous

of twin-cylinder 1200cc machines towards the four-cylinder 1000cc bikes,

but it must be mentioned that last year, without the presence of a

phenomenal Ben Spies, the Ducati 1198 would have dominated the

championship with Haga and Fabrizio, and it is therefore difficult for

us today to comprehend this decision, which of course we must respect.

Championship can today boast the participation of six manufacturers in

addition to Ducati, with Aprilia, BMW, Honda, Kawasaki, Suzuki and

regulations, without privileging one or other manufacturer in

We are however pleased that Ducati

has confirmed its technical support for private teams that will be

competing with its models in the 2011 championship and that the

development of its new generation of hypersport bikes, in both