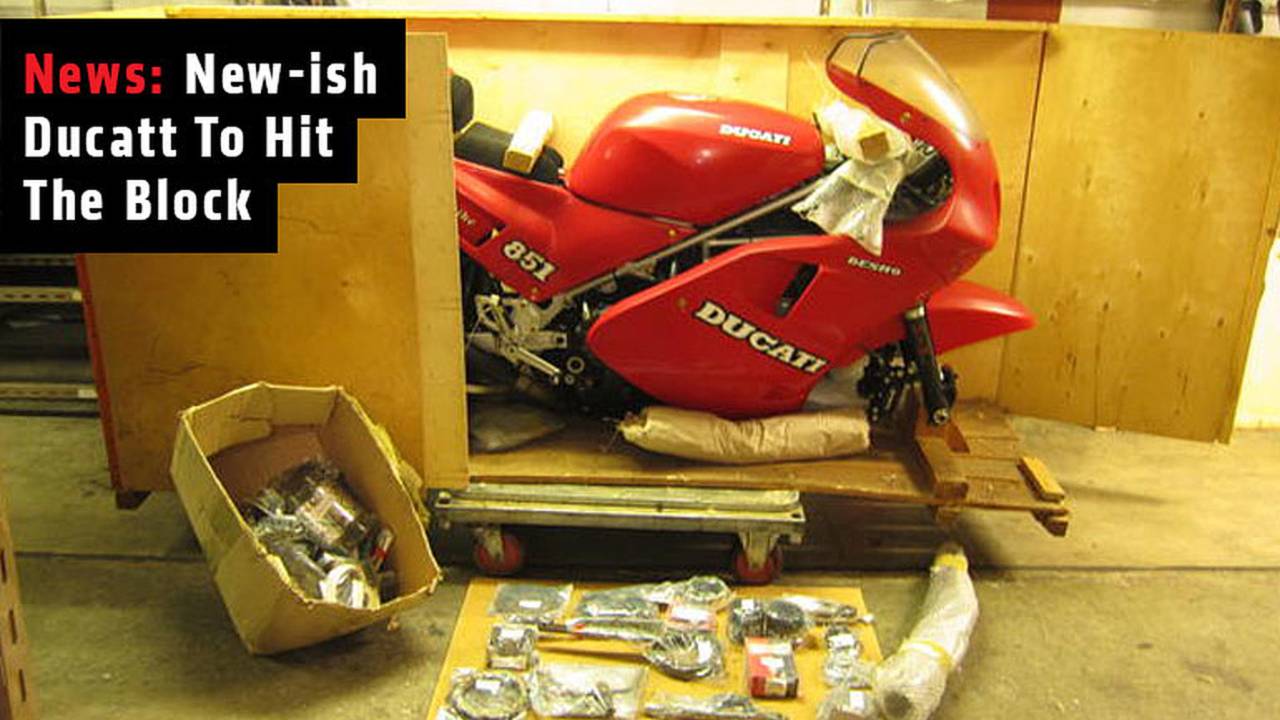 Set to cross the Bonhams Auction block is a Ducati 888CC Lucchinelli Replica, still in the original shipping crate!

If you’re thinking about having your own track bike for this summer then there’s a particularly special Ducati that will be coming up for auction at the end of this month that’s still in its original crate from the factory.

Described as “new”, the 1989 Ducati 888cc Lucchinelli Replica will be offered for sale by Bonhams auction house at its Spring Stafford Sale to be held in the UK on Sunday 27th April.

What makes this race replica bike unusual is that it was imported from the Ducati factory in 1990 to the UK and since then has done nothing more than remain in the original packing crate completely untouched and unused.

The Ducati 888cc Lucchinelli was created as a limited edition version of Marco Lucchinelli’s race winning bike – the 851 Superbike – from the 1988 season. Effectively a customer version of Lucchinelli’s race bike, it’s estimated just a handful of the Ducati 888 Replica were made. Like the works racer, the Replica was given an extra 37cc, via a 2mm overbore, which, coupled to an increased compression ratio, revised Weber fuel injection and a different exhaust system gave a claimed 132 hp.

The 888 Replica retained the standard tubular steel trellis frame of the Ducati 851 road bike, but the Replica’s wheels were larger at 17 inches and bigger Brembo brake discs were adopted. Ducati is suitably vague on the numbers of  888 Replicas that were made but it is thought to have been no less than 20 and perhaps no more than 30.

This example of a Lucchinelli Ducati Replica left the factory in 1990 and was imported into the UK by the then official importer at that time. It was later sold to someone who intended to do track days with it but instead it sat in storage for four years before being sold a few years ago and still remained in its crate.

According to Bonhams, the bike has not been touched, worked on or tampered with and is just as it was when it left the factory. It’s still in its original crate along with a set of spares and ancillaries.

Bonhams has set a suggested price for the bike at somewhere between $20-30,000. That’s not a lot of money for an official Ducati works replica of one of the most iconic race bikes of the 1980’s that’s never been ridden. For more information go to Bonhams web site at: www.bonhams.com