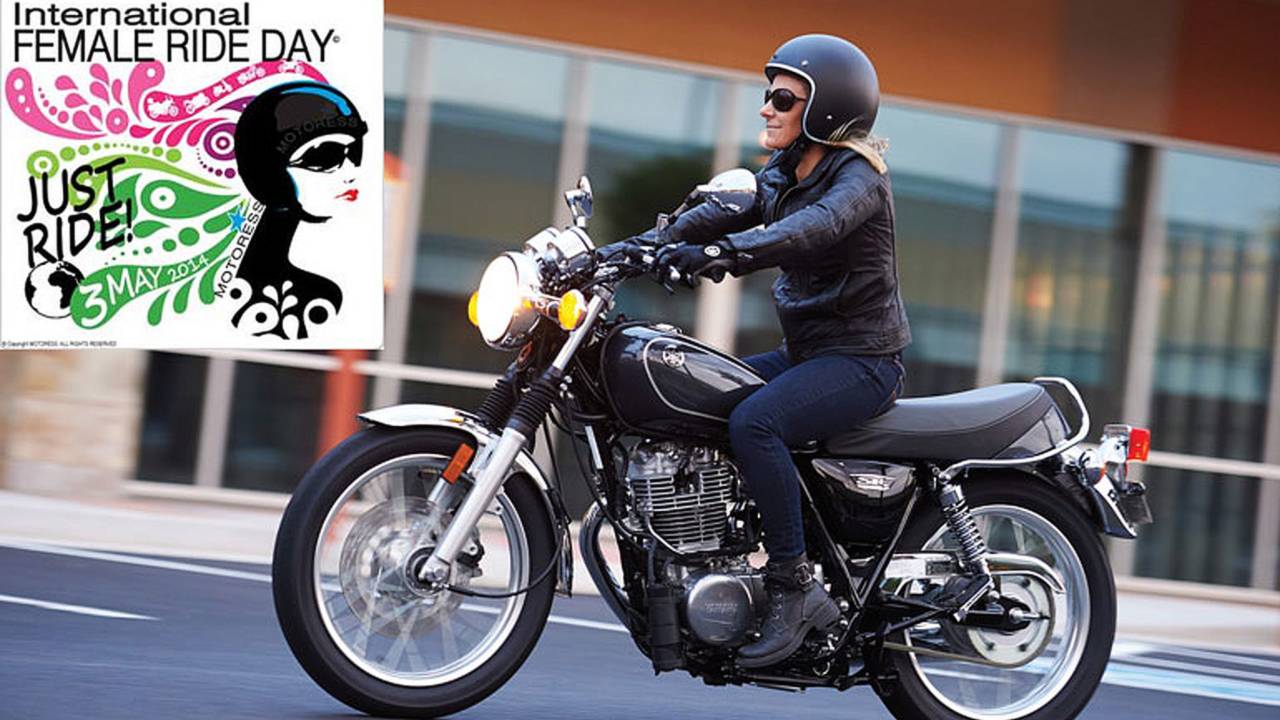 International Female Ride Day is May 3, 2014 and women across the nation will be touring their favorite roads to mark the special occasion.

The ratio of male to female riders is going to change dramatically tomorrow. Saturday, May 3rd, is the Eighth Annual International Female Ride Day.

The only FIM-sanctioned, world-wide, synchronized group ride known to the industry, International Female Ride Day (IFRD) was initiated in 2007 by Motoress.com founder Vicki Gray, as a way to simply draw attention to just how many women, all over the world, ride motorcycles.

That’s it. No other cause, no fund-raising, absolutely no revenue generated whatsoever. Yet this annual event has gone viral, spreading to such unlikely locales as the Yukon Territories, Moscow, Tel Aviv, and Bogota. In fact, thanks to the connectivity of social media, women from every continent on the globe have shared their enthusiasm for riding motorcycles.

“It’s inspiring”, says Gray, herself a ride and race instructor for almost thirty years, former European Supersport 600 racer, and current vintage bike racer. “When I was racing in Europe, I realized there was a distinct lack of information available to women in the sport, so I started a non-profit organization called Race Girl Motorsports”, (not to be confused with the branded shirts and accessories seen at NASCAR events), “as a way to bridge that gap”. Later, upon moving to Toronto, Canada, Gray founded Motoress.com, expanding it’s coverage to provide information to a broader readership with diverse motorcycling interests.

Traditionally a Friday event, this year’s ride has moved to Saturday to accommodate the needs of busy women with multiple and varied responsibilities inside and outside the home. So get out your cameras, flip on those helmet cams…tomorrow, moms, sisters, girlfriends, nieces, grandmothers, daughters, and BFFs everywhere are going to JUST RIDE. You’ll want to capture that.

For information about group events near you, check out IFRD’s Facebook page.