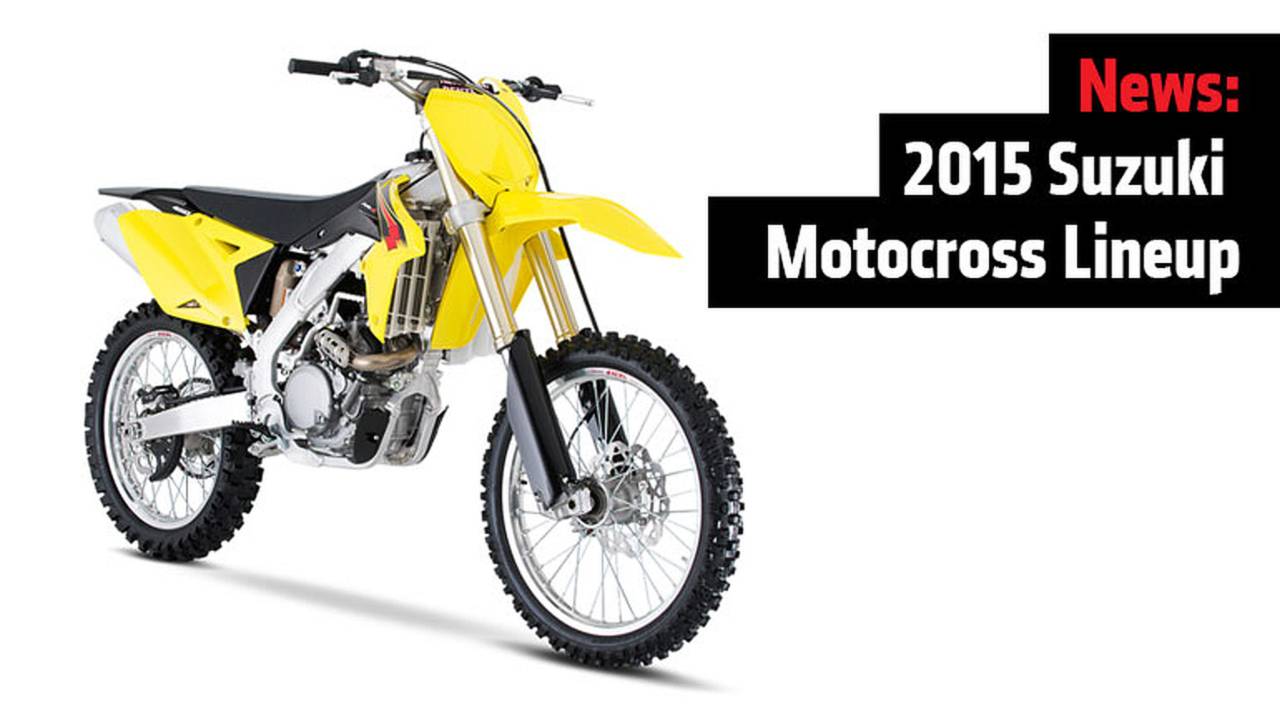 The 2015 Suzuki motocross lineup is better than ever! Stronger components, tailored performance and even more power!

American Suzuki has announced the details of its 2015 motocross lineup. While the middleweight RM-Z250 carries over unchanged, the RM-Z450 sees a number of meaningful revisions for the 2015 model year.

The biggest news here is the adoption of Showa’s Separate Function Forks (SFF).  Checking in about 2.5-pounds lighter than the outgoing coil-spring setup, the SFF air fork provides – at least on paper – enhanced front end traction and bump absorption thanks to larger pistons and shims. Unlike the SFF-equipped factory bikes, though, Showa’s ultra-trick triple air chamber (TAC) technology has yet to be made available for public consumption. Love them or hate them, air forks are the future mainstay of motocross suspension.

Suzuki is also taking a page out of Kawasaki’s playbook by offering a new two-mode launch control feature dubbed Holeshot Assist Control. An ‘A’ setting optimizes traction on slippery surfaces, while ‘B’ mode enhances grip in normal conditions. The system is engaged via a button located adjacent to the clutch perch and deactivates automatically.

Other notable updates include a longer kick-start lever, revised frame members for a 4-percent reduction in weight, a redesigned exhaust camshaft and decompression system, an AMA-compliant silencer, and 16-percent improvement in cooling efficiency through the use of more streamlined hose routing and a new water pump cover.

On the mini bike front, Suzuki confirmed the return of its RM85 for 2015. Nevertheless, it’s essentially the same bike it was ten years ago.

Expect the 2015 RM85, RM-Z250, and RM-Z450 to hit dealer showrooms in July, with official pricing to be announced around the same time.