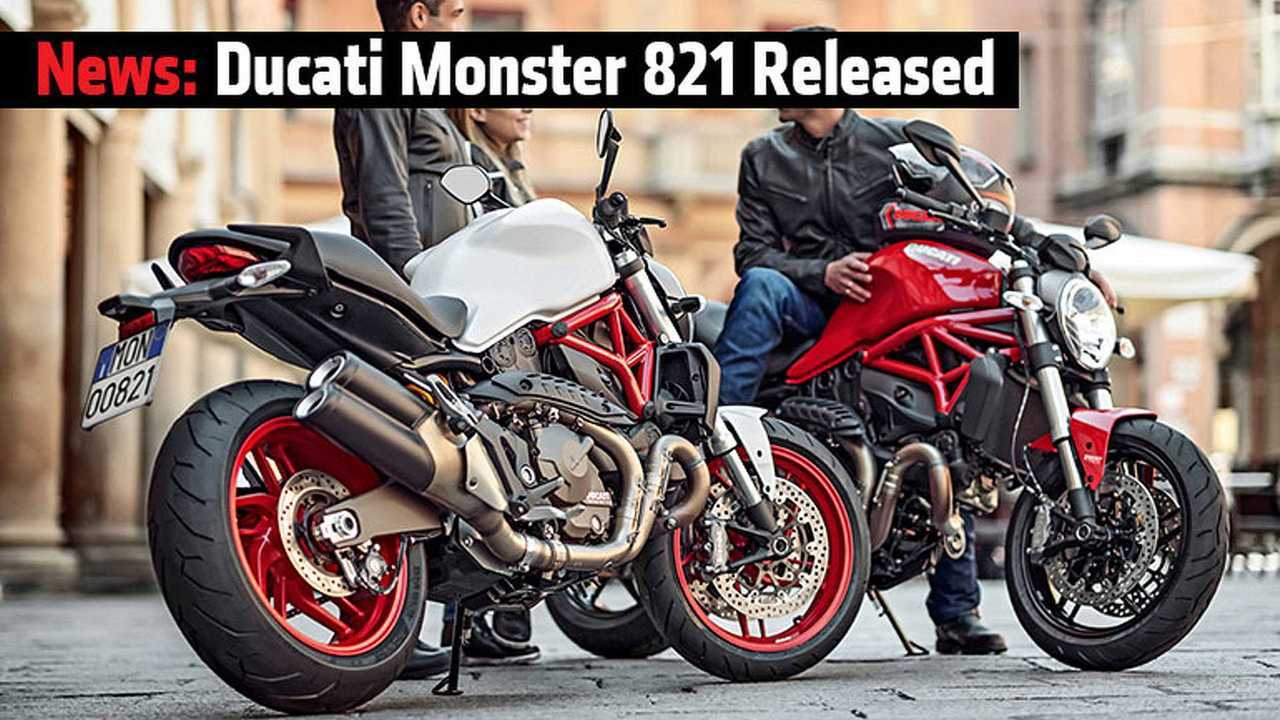 It's about time, Ducati!

Ducati builds some of the most beautiful and iconic superbikes in the world, but their bread and butter is the Monster line. After over 20 years of production, the Monster remains the best selling series in the Bologna stables, due in no small part to its relative affordability.

The everyman’s Ducati has remained relevant and desirable by careful revision and variation. It has featured engines from 400 to 1200cc, and borrowed engines, brakes, suspension and other technology from the Superbike lineup. This has both enhanced its allure to budget-minded Ducatisti, and created economies of scale for the factory.

Today, Ducati introduced a new middleweight Monster, the 821, which will borrow the 11° Testastretta powerplant from the Hypermotard. With a claimed 112 hp and 65.9 ft-lb of torque at 395.7 lbs dry, the 821 will be a peppy ride around town, if not quite rowdy enough to claim hooligan status (you’ll need to spring for the 1200 for that).

Perhaps as important as the engine’s performance is its appearance, as the iconic style of the Monster leaves the big twin exposed, low-slung and raw. Its exhaust pipes curl with an almost artistic flare beneath the trademark trellis frame, before terminating at a low-exit pipe by the dual-sided swingarm (sorry, traditionalists).

But just because it’s naked doesn’t mean it’s stripped-down. The Monster 821 will feature 8-level traction control, 3-level ABS, and a 3-level Ride-by-Wire system, all available at the push of a button. With a likely price in the range of $11,000, that’s a lot of performance and technology in a relatively affordable package.

Ducati says the 821 will be available in dealers beginning in July, in red with black wheels, white with red wheels, and the all-black “dark” edition. What this means for Ducati’s current Monster lineup, which features five different models already, remains to be seen. But expect at least one of the smaller displacement models to be discontinued.