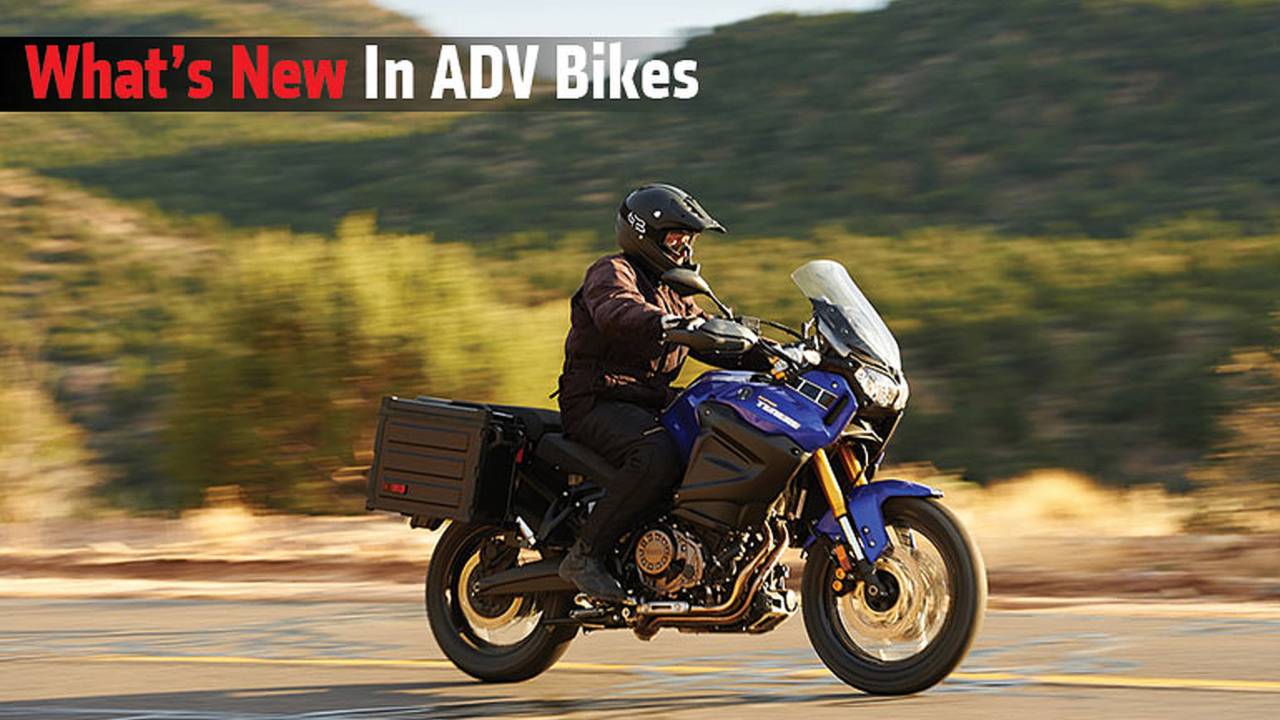 What's New In ADV Bikes2014 brings about plenty of new offerings in the field of Adventure Bikes (aka ADV), with their popularity growing each year...

2014 brings about plenty of new offerings in the field of Adventure Bikes (aka ADV), with their popularity growing each year due to the versatility and usability of these dual-purpose motorcycles. Manufacturers have been quick to give riders what they’re looking for with improved ergonomics, better handling and more storage capacity for those cross-country adventures. Here’s a small selection of what’s new for the 2014 model year.

An oldie, but a goodie, the KLR 650 is mechanically simple as it still uses a carburetor. It’s relatively lightweight at 432 lbs and has decent ground clearance at 8.3 inches. The low MSRP means you’ll have money leftover to spend on upgrades and aftermarket parts.

The F800 GS is slim, but heavy at 472 lbs, and still agile enough to tackle rocky off-road terrain. Much like BMW’s cars, the F800’s suspension is sporty and has plenty of feedback. With the 798 cc engine, this bike can reach speeds over 125 mph with ease.

The V-Strom 650 is a versatile bike that’s targeted at a wider audience, as indicated by being the best selling model in its class. For 2014, Suzuki added the Adventure trim which includes sleek accessories like aluminum side cases and an accessory engine bar. Riders will appreciate the low seat height and smooth revving engine.

The Tiger 800 XC adds a special off-road equipment pack to the popular Tiger 800 which include tank bags and cases, and there’s even a switch to lower the headlight when the bike gets tail-heavy with cargo. While it’s a bit heavy at 474 lbs, Triumph managed to keep the 800 xc well-balanced for off-road use. The 3-cylinder engine sounds great and performs well on the highway.

The fastest and most expensive bike of the group, the Super Tenere has a bunch of new features for 2014 including redesigned cylinder heads, pistons and exhaust for more torque and horsepower and also many driver-focused ergonomic improvements. The bike is very stable on the highways, but lacks the agility of most ADV bikes when taken off-road. Still, there are plenty of goodies and quality engineering to warrant the high price tag.