When Orlando Bloom finished his role as Romeo in the modern Broadway rendition the hero vehicle, a Triumph Bonneville, just had to come home with him.

Money, fame, women... and motorcycles these are the perks of a good-looking Hollywood actor. Orlando Bloom known for his roles in the Lord of the Rings trilogy and Will Turner in the Pirates of the Caribbean has been enjoying his Triumph around Los Angeles. What we believe started life as a 2013 Triumph Bonneville turned into this steam punk, futuristic bike in only 10 days!

While catching up on work at the motorcycle-clothing-hipster-coffee-surfer-shop-store, Deus Ex Machina in Venice Beach, California, in walked Bloom with a friend. The friend and I started talking motorcycles as he was on a new BMW adventure bike. Bloom came over and his friend started bragging about Bloom’s new bike. The two had just returned from picking up the Triumph Bonneville from Chabott Engineering, in Los Angeles, CA. He was at Deus visiting Julian Heppekausen who helps runs the shop. 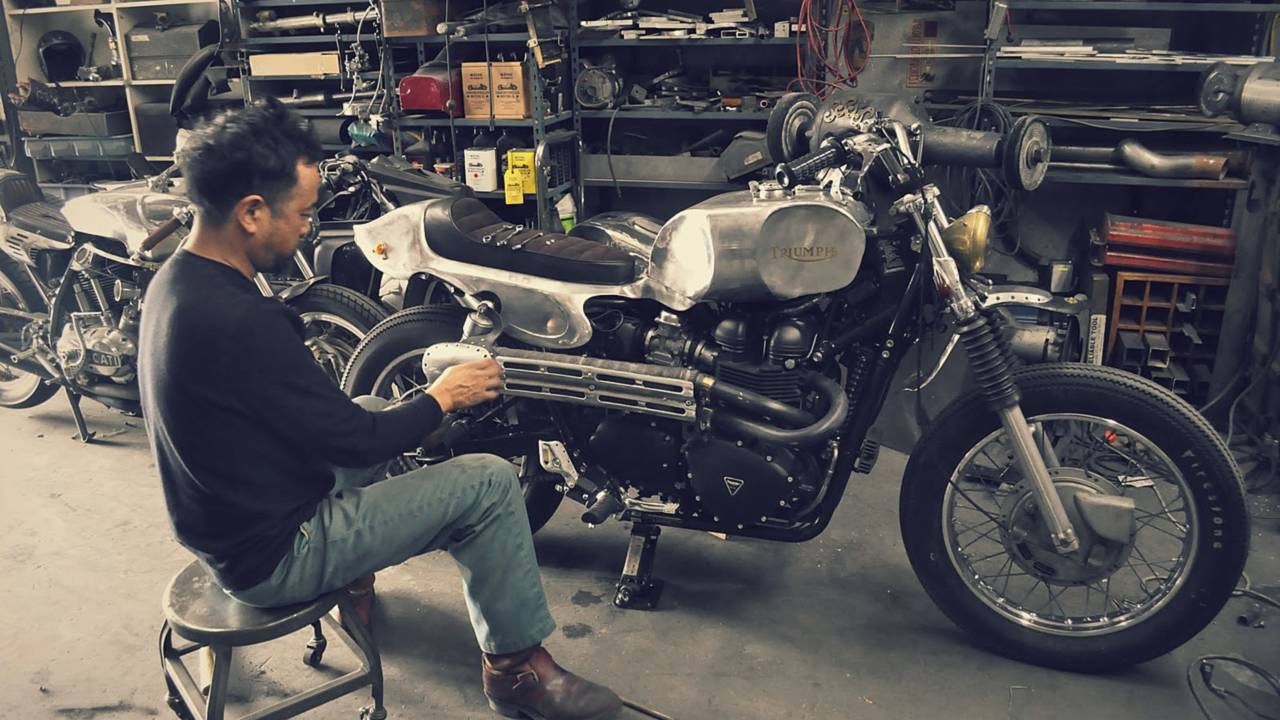 Bloom made his Broadway premier earlier this year as the star-crossed lover Romeo in The Richards Rodgers production of Romeo and Juliet. A modern twist of the classic play, Romeo rides in on a stainless-steel, firing-breathing Triumph. During the production Bloom fell in love with the bike. After the play was over he decided to keep it.

Built by Shinya Kimura of Chabott Engineering, the amazing metal-worker known for building weirdo-land speed vintage bikes and currently working on a bike for the Motorcycle Cannonball Coast to Coast Antique Motorcycle Run. 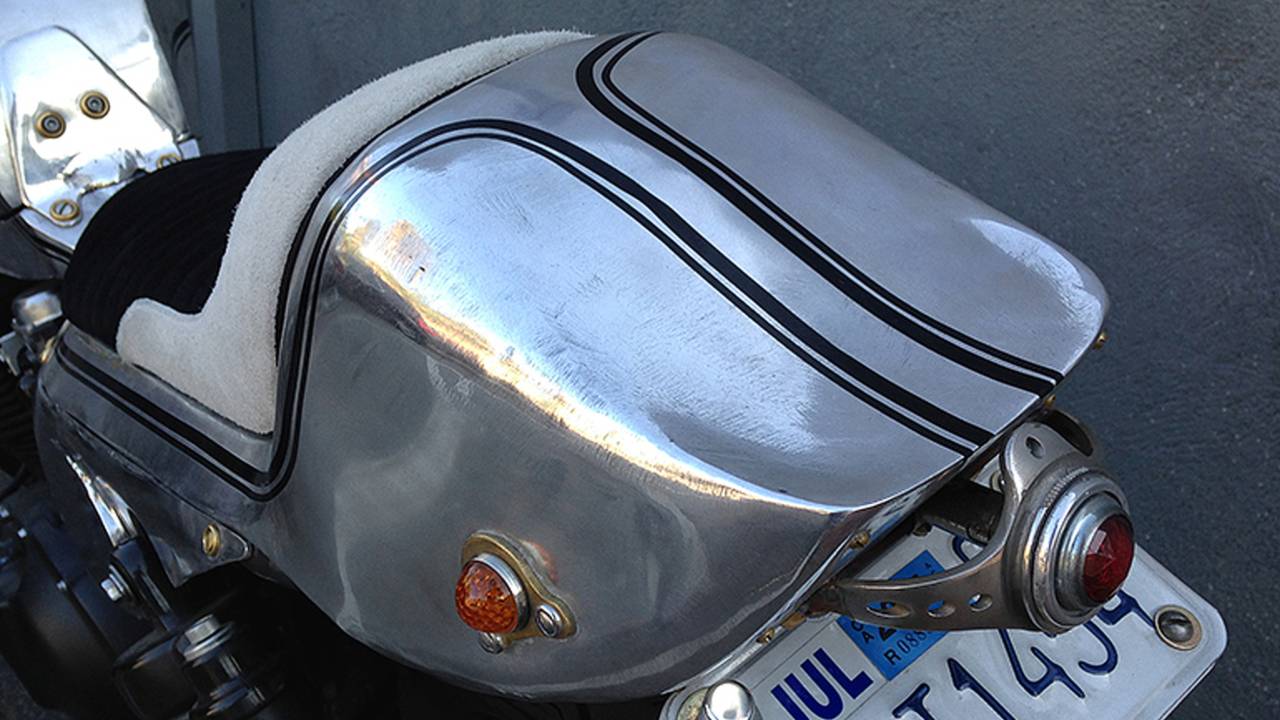 Shinya is unstoppable with a hammer and metal in his hand. He built Bloom’s new Triumph in 10 days, banging a few pieces of stainless steel and leaving it unfinished. That’s just outright ridiculous!

Shinya received the bike back from it’s tour on Broadway in late 2013. He outfitted it with a new exhaust shield and street legal requirements. Finishing up the front brake along with odds and ends before handing it over to Bloom in March. 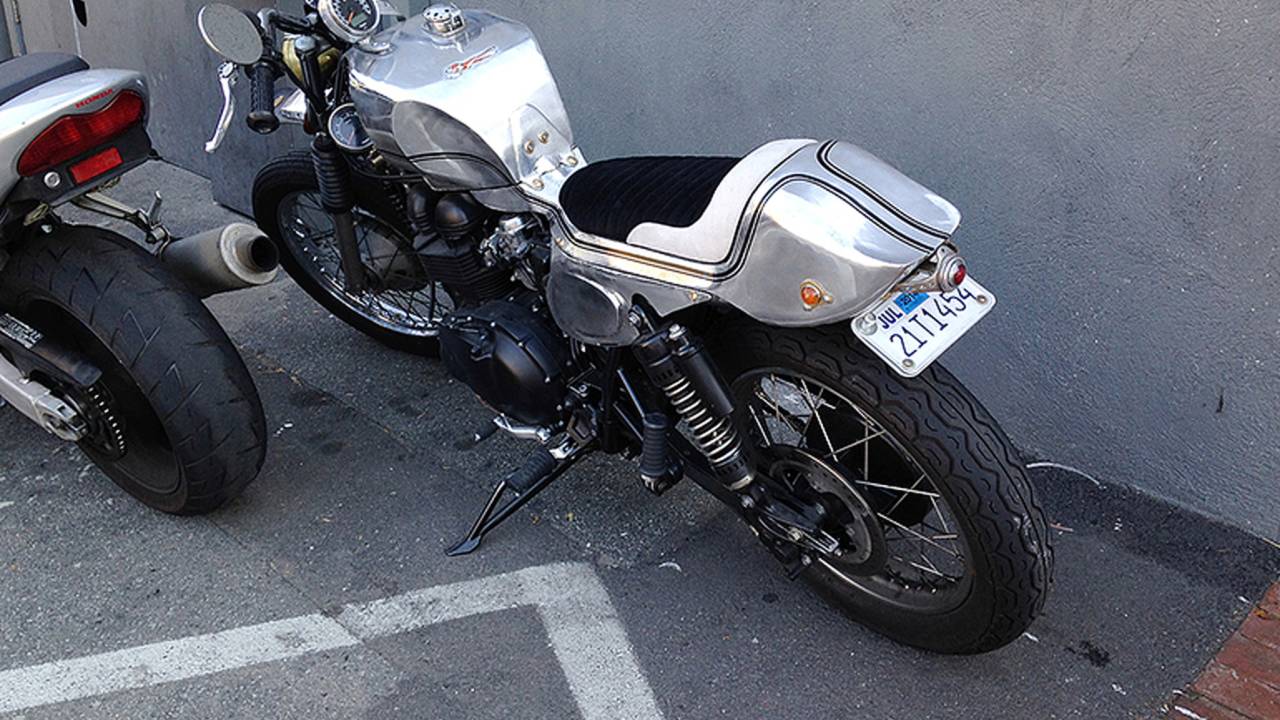 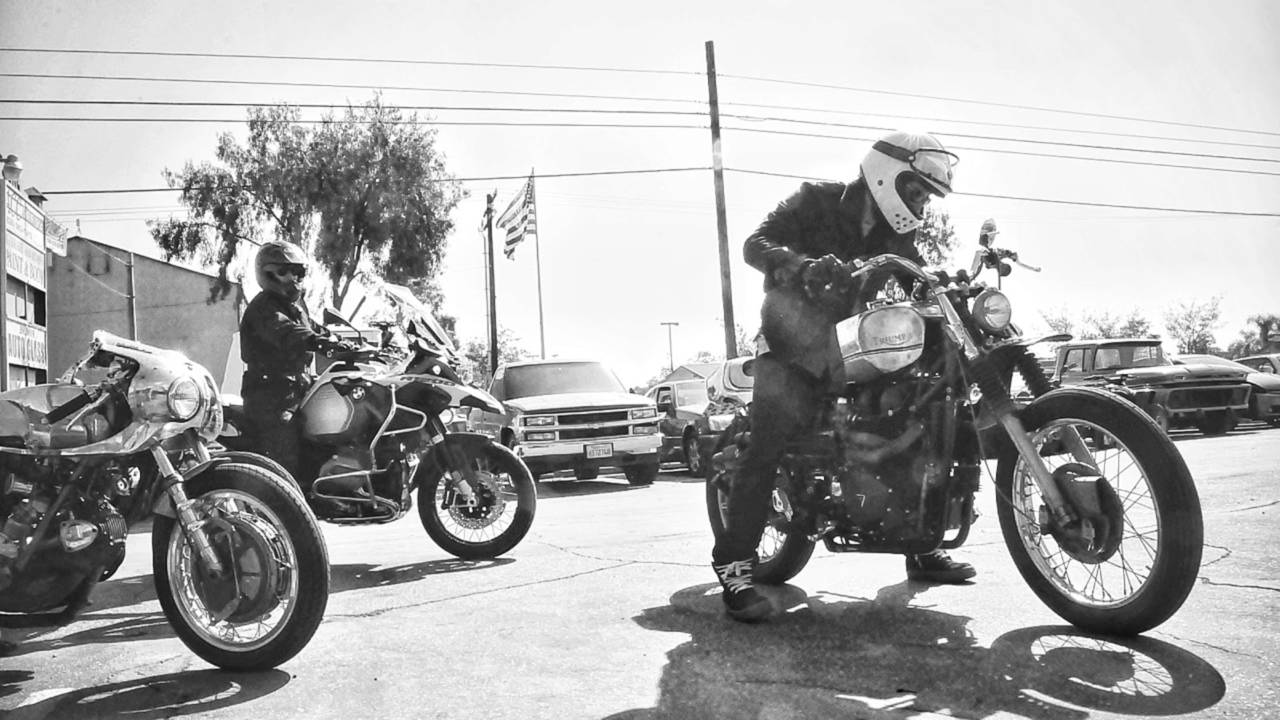 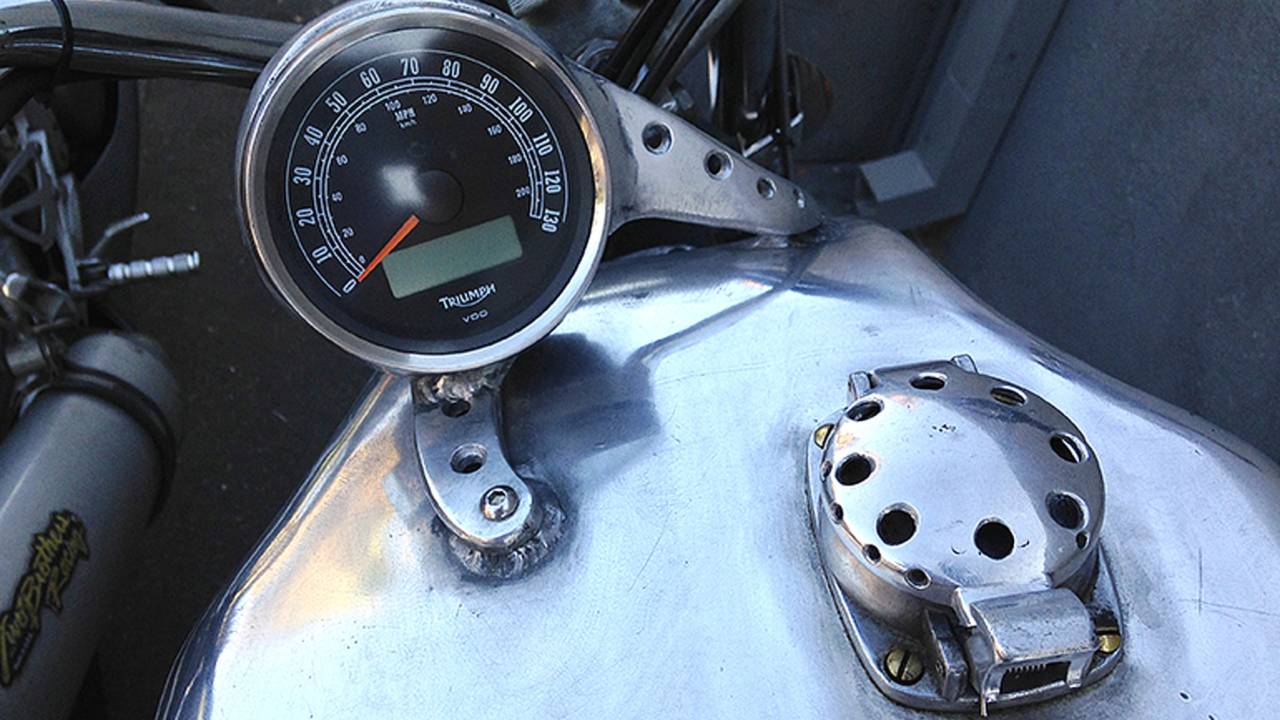