Of spoilers and speed holes 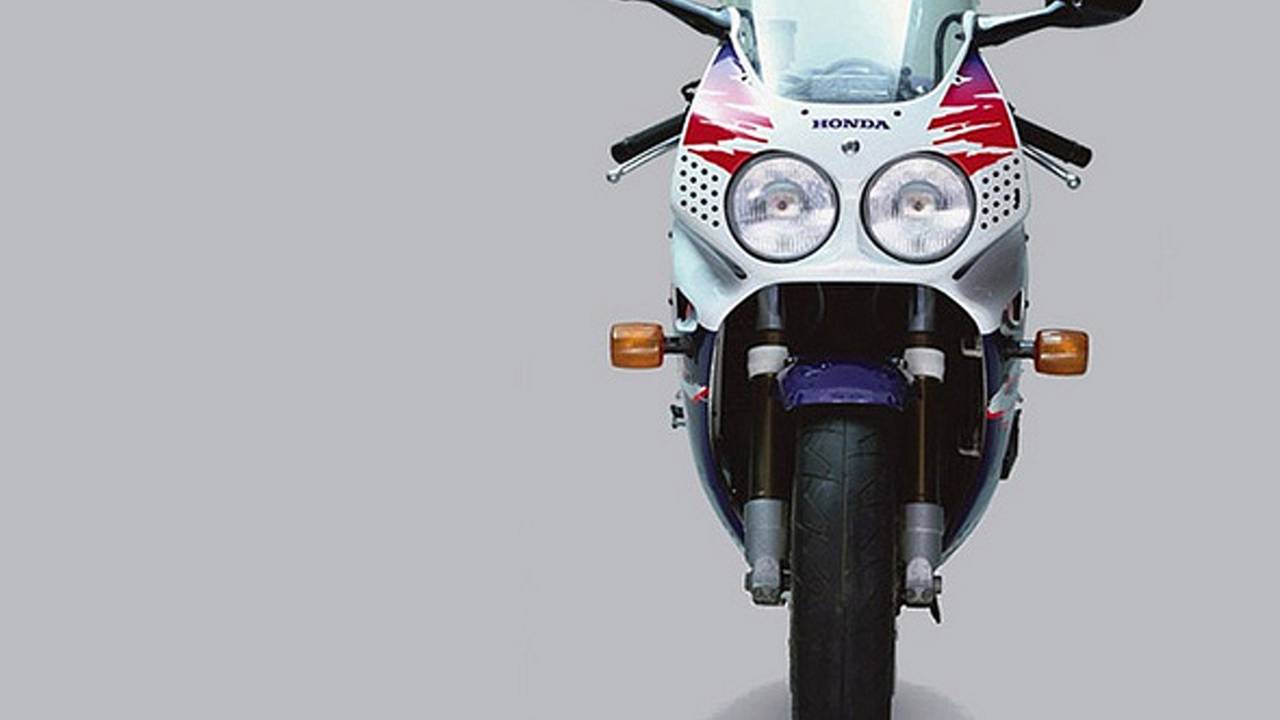 In 1992, the Honda CBR900RR Fireblade forever changed motorcycling. In the decade preceding its launch, two-wheeled performance had already undergone something of a renaissance. The 1984 Kawasaki GPZ900R made an insane amount of power — 115bhp — allowing it to become the first stock motorcycle to ever exceed 150mph. In addition to the liter bike, another class of motorcycle was also created

In 1992, the Honda CBR900RR Fireblade forever changed motorcycling. In the decade preceding its launch, two-wheeled performance had already undergone something of a renaissance. The 1984 Kawasaki GPZ900R made an insane amount of power — 115bhp — allowing it to become the first stock motorcycle to ever exceed 150mph. In addition to the liter bike, another class of motorcycle was also created — the 600. They could go around corners. Bikes like the GPZ600R made about 75bhp. But, the two traits, performance and handling, weren’t able to totally coexist until Tadao Baba had the radical idea of putting a 122bhp engine into a bike the size of a 600. Thus the modern performance motorcycle was invented.

But, that big engine and compact frame had help from an unlikely source. Take a look at the sides of the front fairing and the lower leading edge of the side fairing on this ’92 bike. See them? Speed holes! The 2012 Honda CBR1000RR won’t claim such an epochal position in motorcycling lore, but it does make use of a similarly obscure aerodynamic aid. Chin spoiler!

Honda is staying fairly tight lipped about the function of the spoiler, saying only that it “reduces aerodynamic lift at speed, improving handling.” But, we can extrapolate some certainties from that statement.

The company was equally cagey about the ’92 Blade’s speed holes, only saying that they aided side-to-side transitions (ie turning) at high speeds. Motorcycle aerodynamics at the time were less infinitesimally understood and it’s likely that this was simply a styling nod to the concurrent GP bike. Other sources have suggested that the holes were there to reduce the visual bulk of the fairing by allowing light to travel through, an explanation that seems much more likely.

So does the ’12 bike’s chin spoiler serve an equal looks or marketing-only purpose? No so fast, Mr. Skeptical. There is precedent here. The Ducati GP10 employed winglets which, many speculated, where there to help keep the front end down on the incredibly powerful machine. It turns out that, instead of reducing a preponderance of wheelies, they actually acted like the Advanced Blended Winglets you see on many boeings, generating vortexes that helped draw cooling air through the fairing. It turns out that the CBR’s fairing has been designed to achieve something similar.

The new CBR’s fairing takes advantage of an inner fairing layer to help create a bubble of low pressure air around the outlets in the side fairing. This helps draw air through the radiator, assisting with cooling and helps reduce turbulence experienced by the rider.

Unlike a large wing or rear spoiler on cars like the Porsche 911 Turbo, the CBR’s new chin spoiler isn’t intended to have a massive effect on downforce, but rather limit high pressure air moving over the top of the front wheel from having a positive effect on lift. It carefully channels air away from a problem area. Think of the spoiler as a cure rather than a new appendage. The effect? There will likely be some immeasurable improvement to high-speed stability and steering accuracy as the front wheel remains in slightly better contact with the ground.

Like speed holes, the chin spoiler isn’t going to be a huge deal in the real world. But, has your bike got ‘em? Your friend’s is about to. It might not be a tangible performance benefit, but it is indicative of Honda's approach to this new Blade. Unable or unwilling to totally replace the old model, they've instead refined this new bike to the nth degree.