The social media adventures of a 157mph squid

The Pinal County Sheriff’s Department reports that, early on the morning of December 19, 2010, a 19-year-old Noe Marcos Colazo of Tempe, Arizona “lost control of the 2004 Yamaha YFR motorcycle he was riding when he was unable to navigate the gradual turn in the roadway.” Seconds earlier, police had clocked the bike at 157mph. Pictures from the scene clearly show a disintegrated red Yamaha R1...

The Pinal County Sheriff’s Department reports that, early on the morning of December 19, 2010, a 19-year-old Noe Marcos Colazo of Tempe, Arizona “lost control of the 2004 Yamaha YFR motorcycle he was riding when he was unable to navigate the gradual turn in the roadway.” Seconds earlier, police had clocked the bike at 157mph. Pictures from the scene clearly show a disintegrated red Yamaha R1. Well, it turns out that a 20-year-old Noe Colazo of Queen Creek, Arizona has a Facebook page, on which he publicly discusses this and previous police chases. Let’s take a look.

All these screen shots of material that Noe chose to make public on Facebook were taken this morning, January 3, 2011. 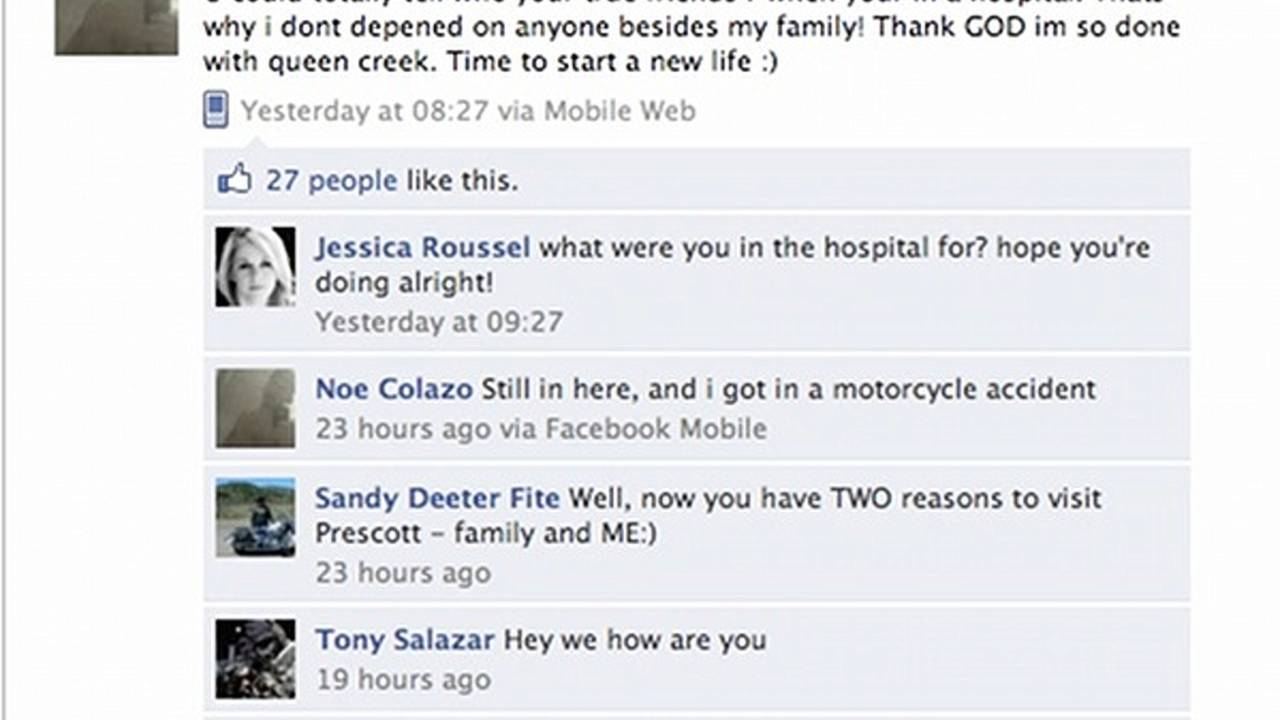 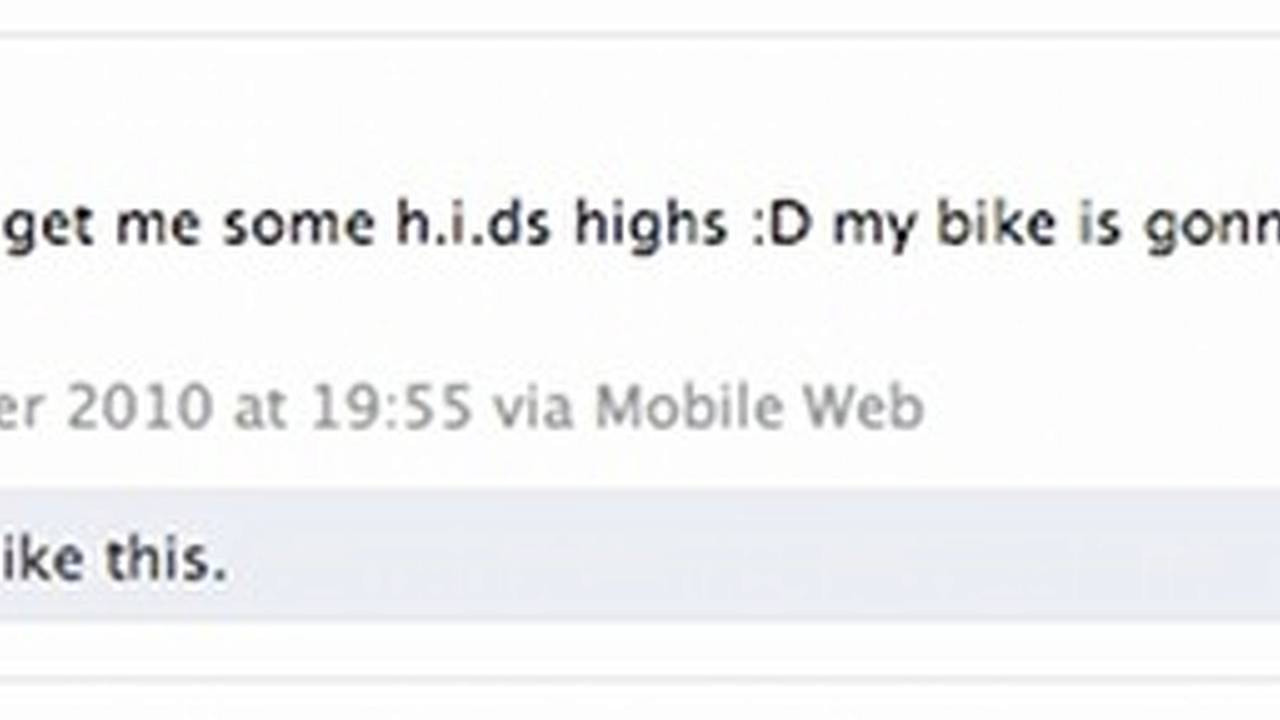 Perhaps most disturbing are these exchanges from December 17, just two days before Noe's fateful crash. 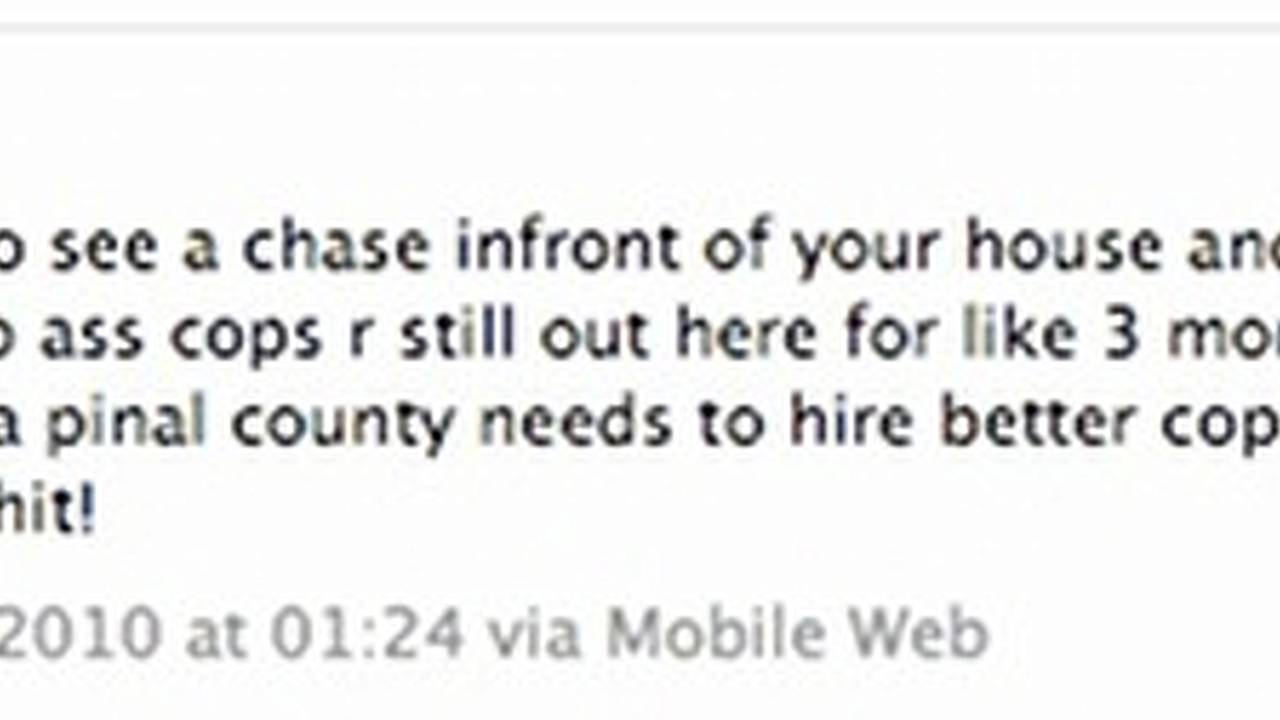 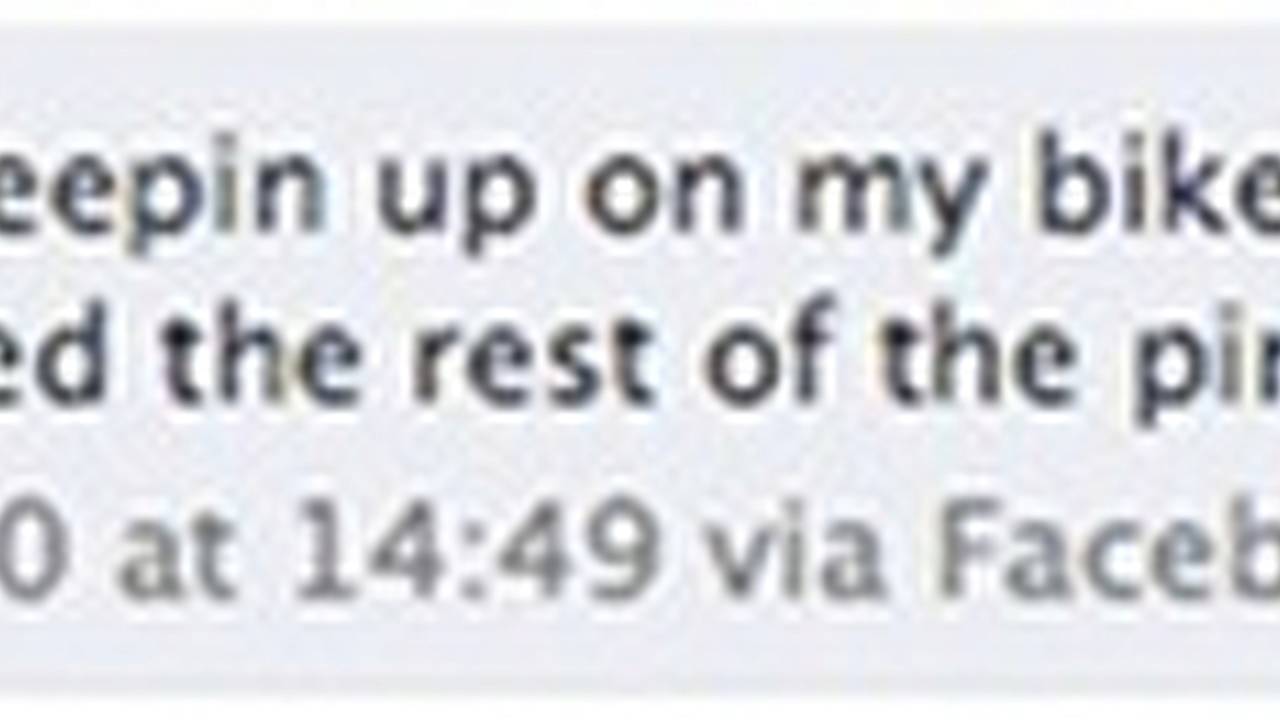 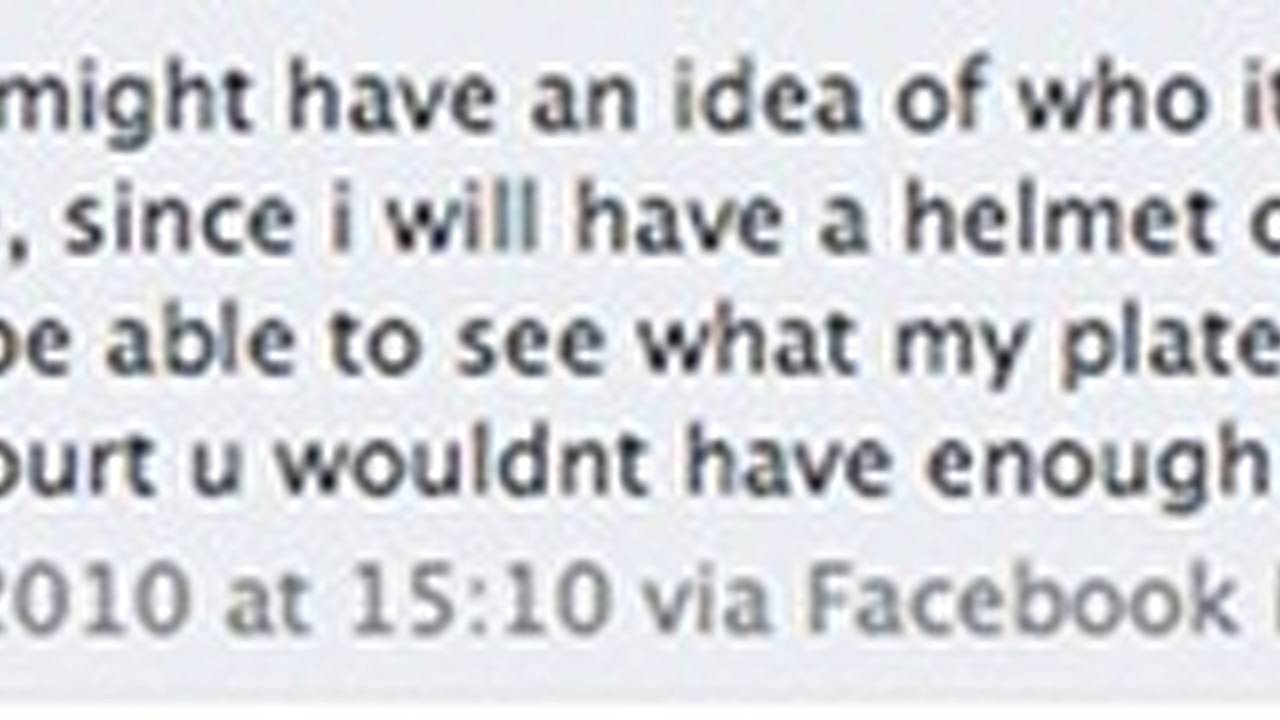 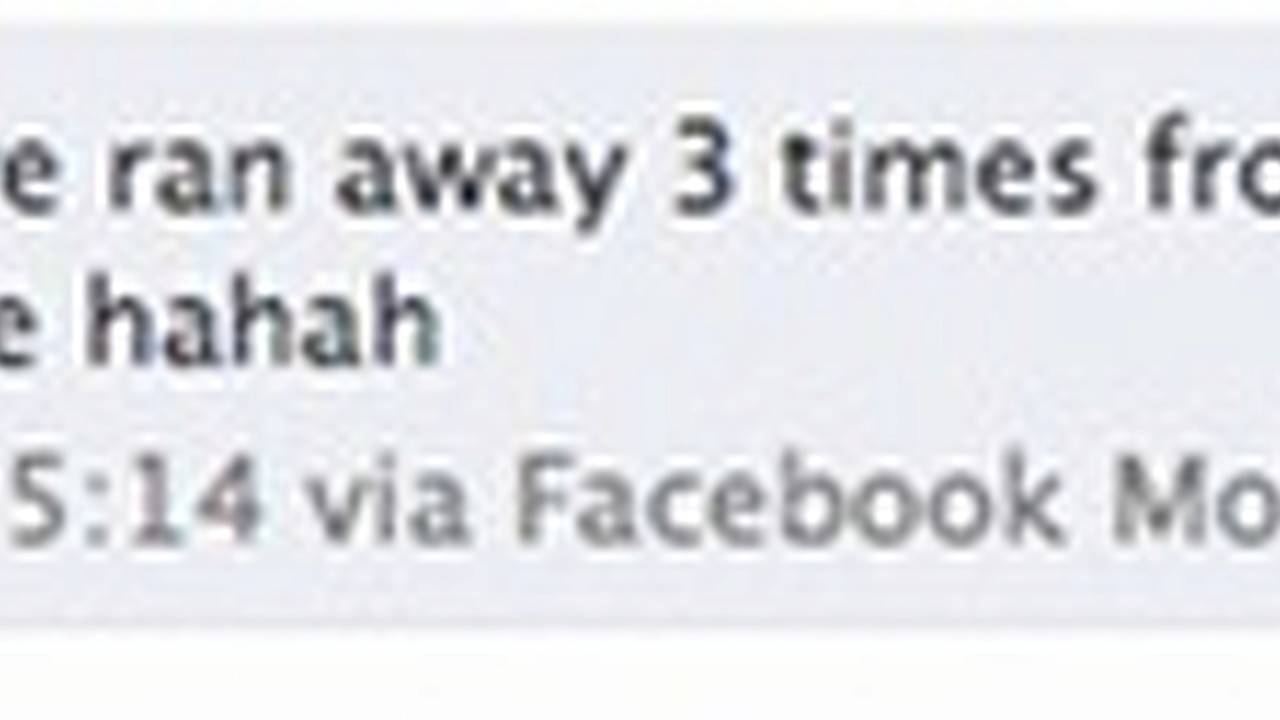 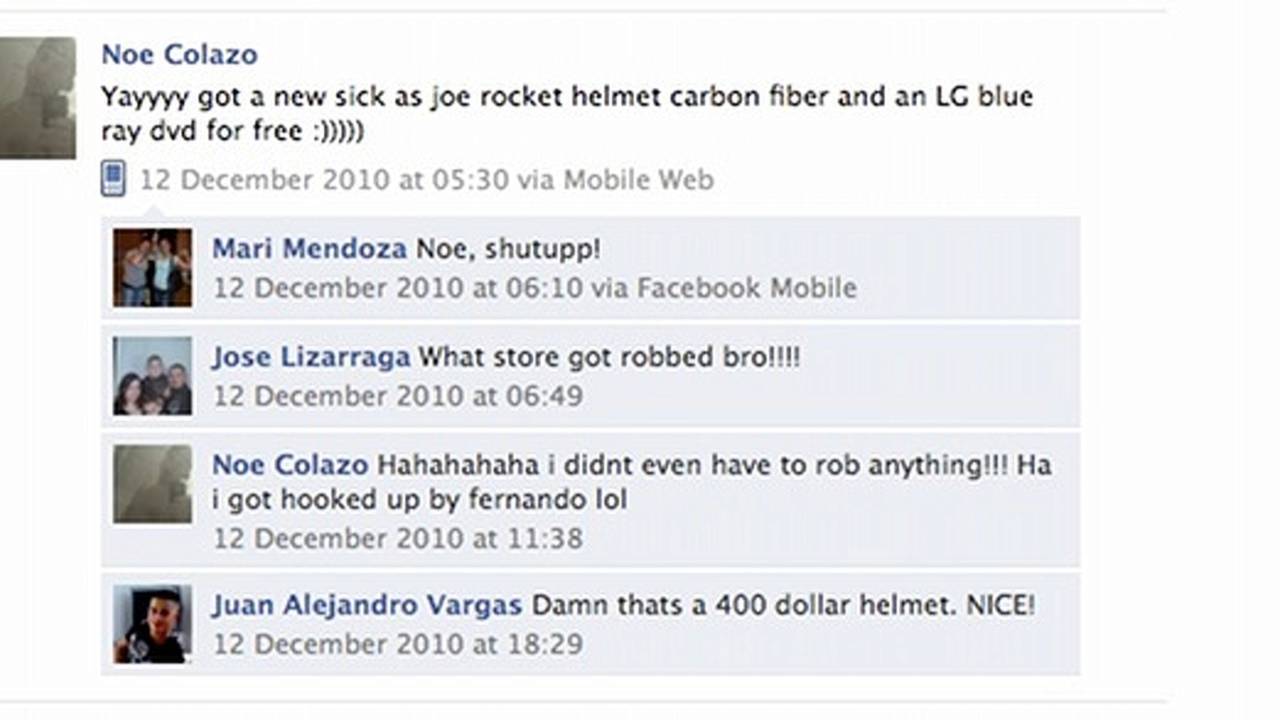 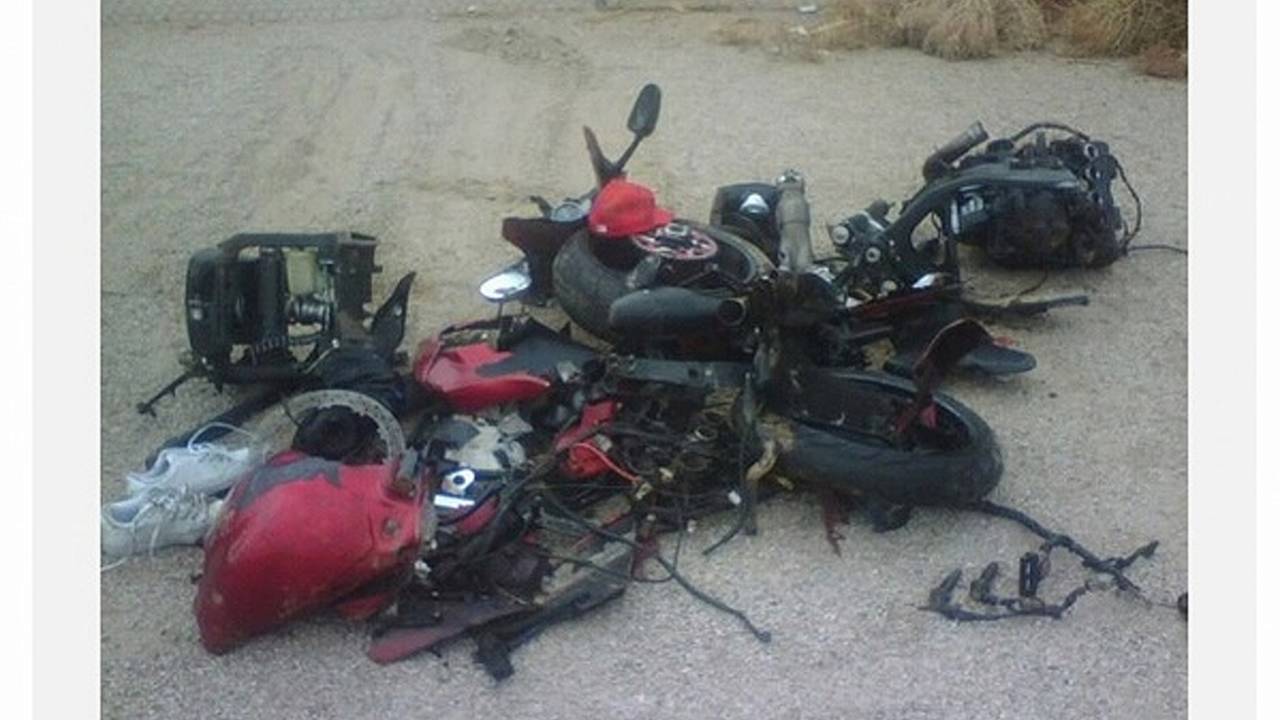 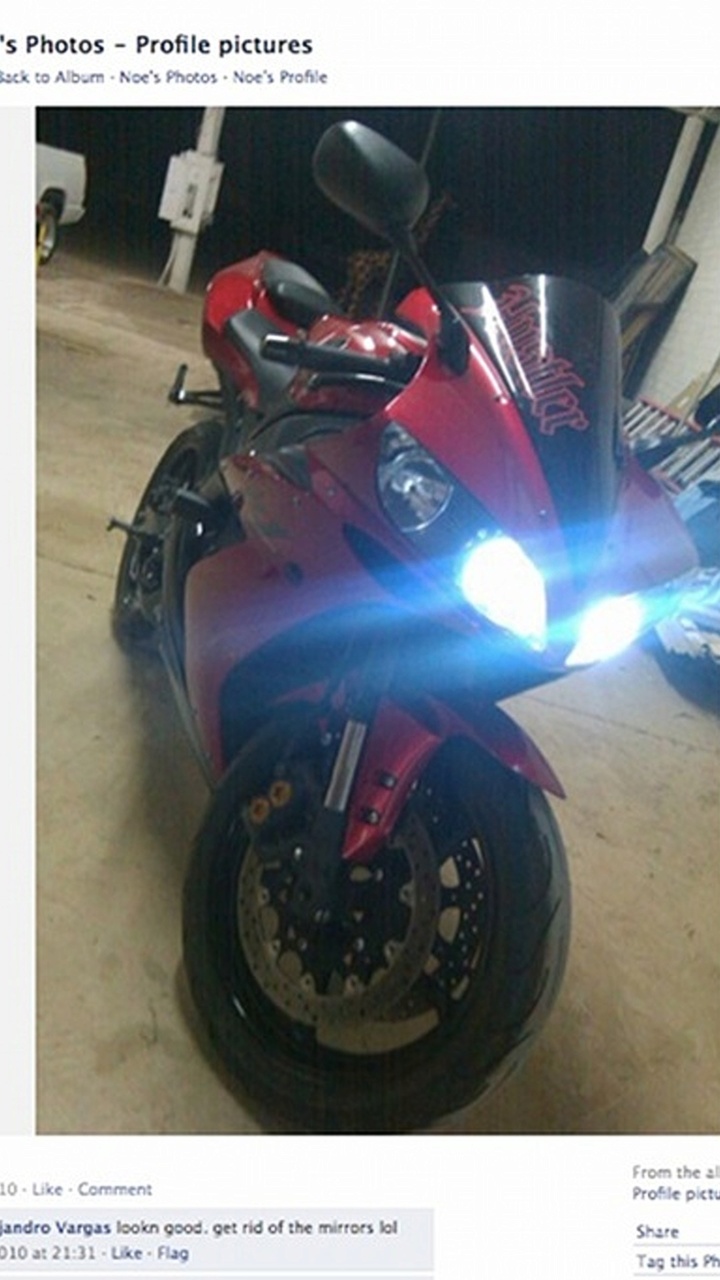 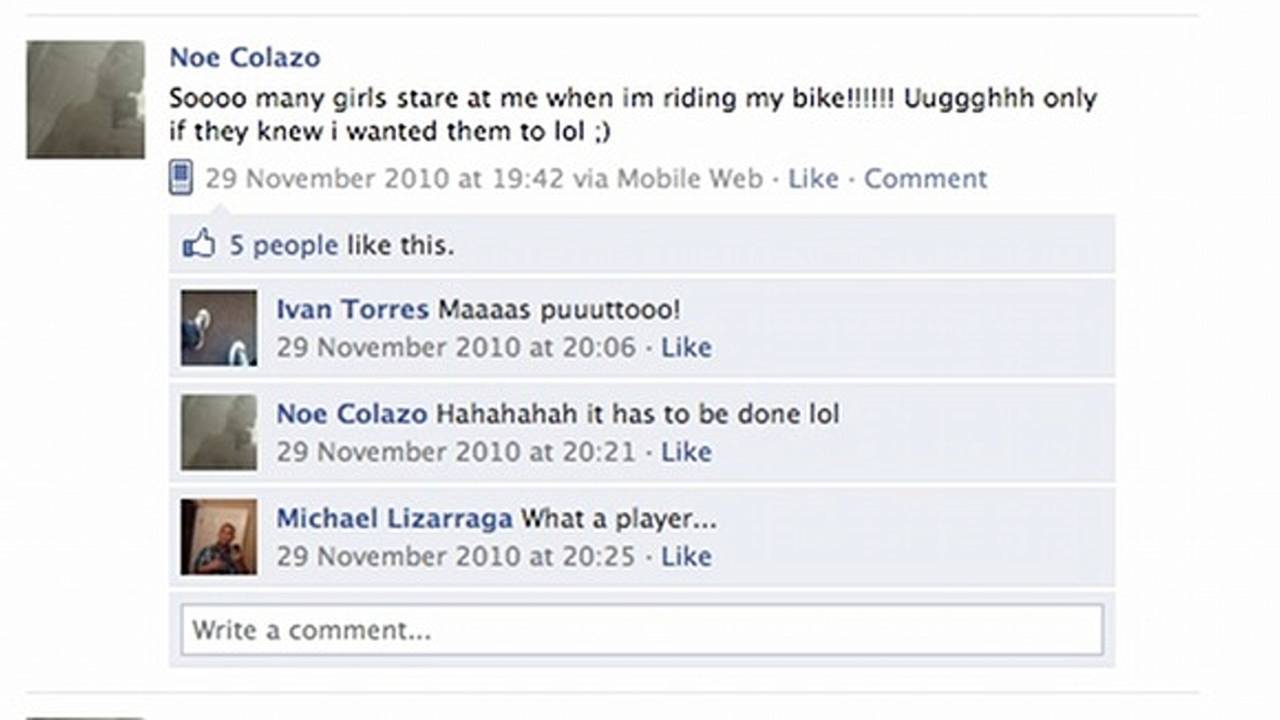 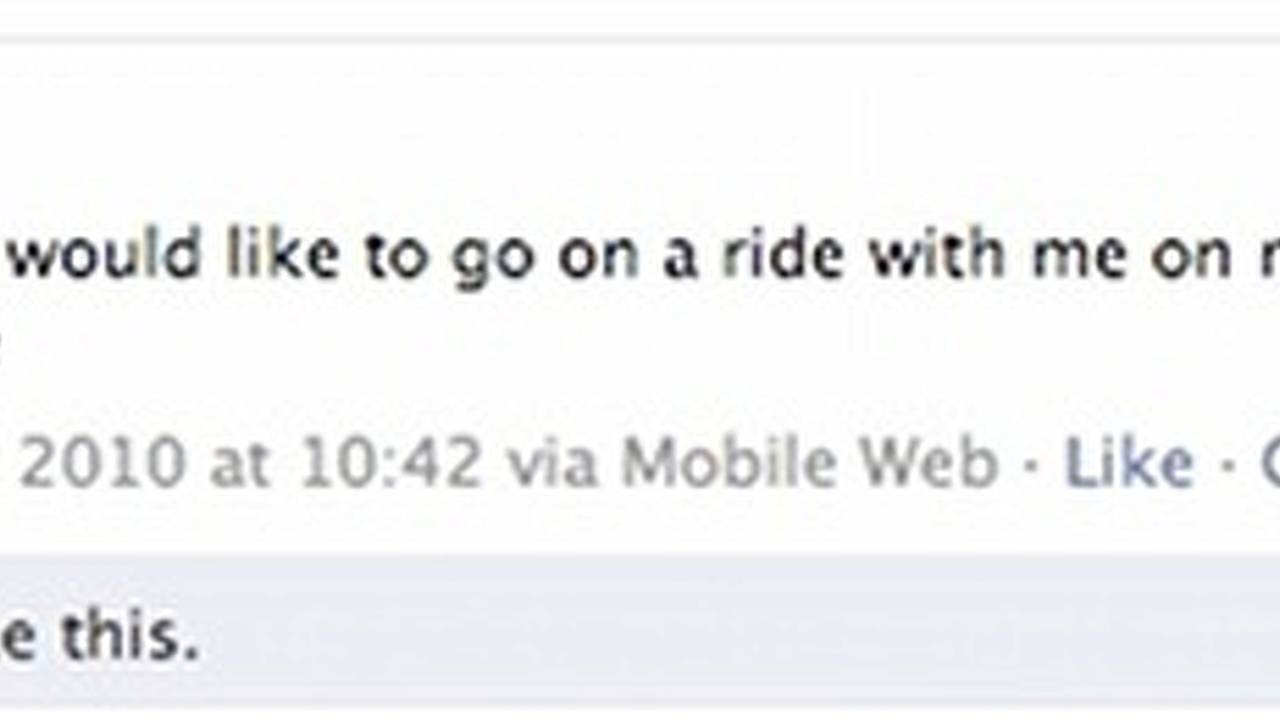 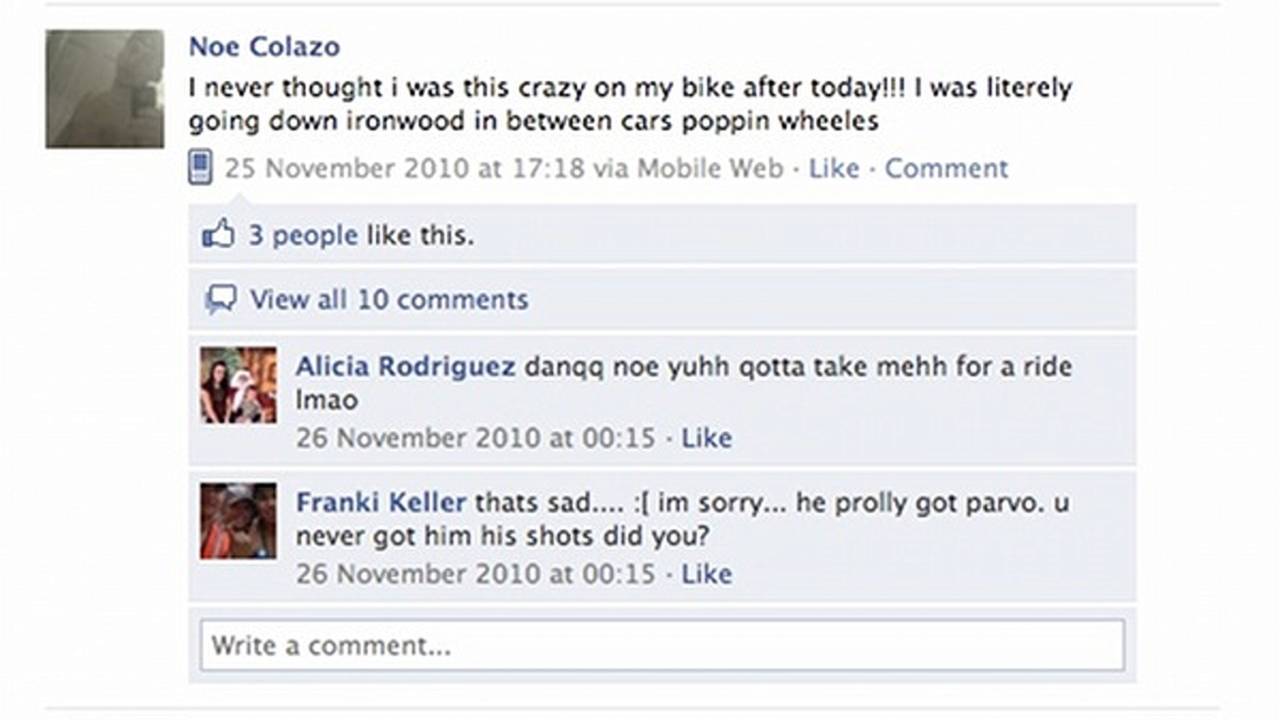 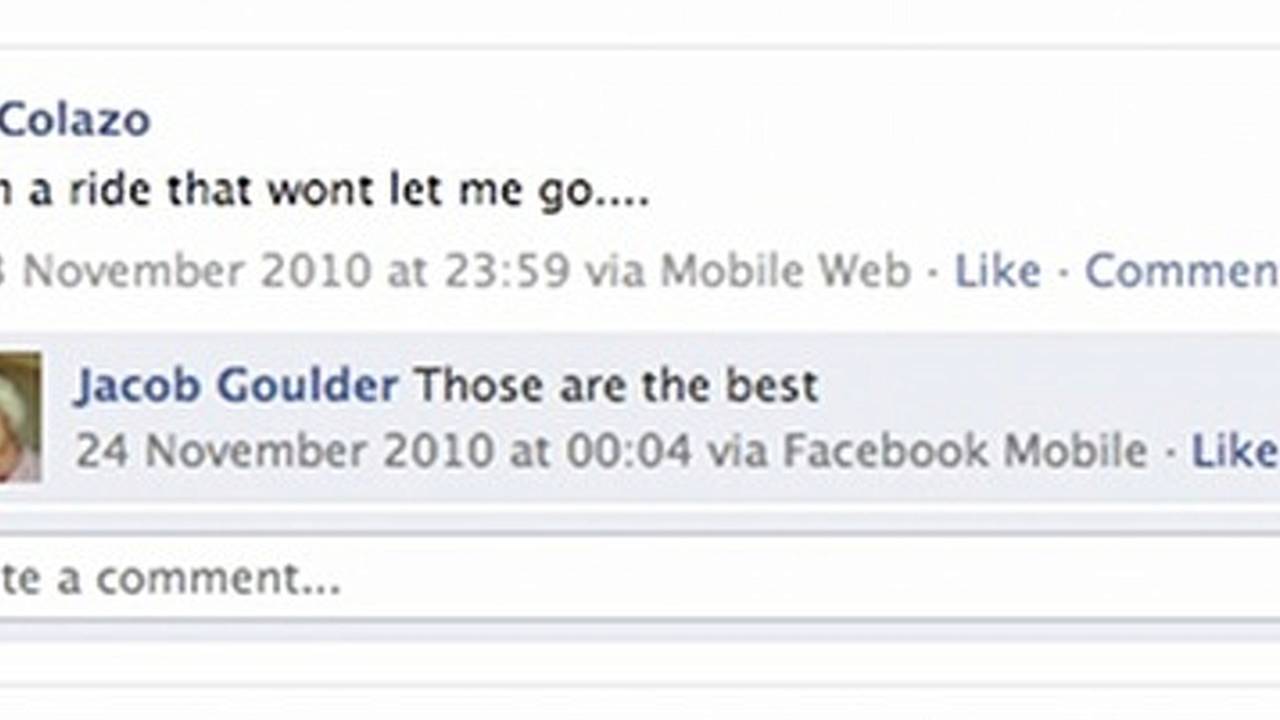 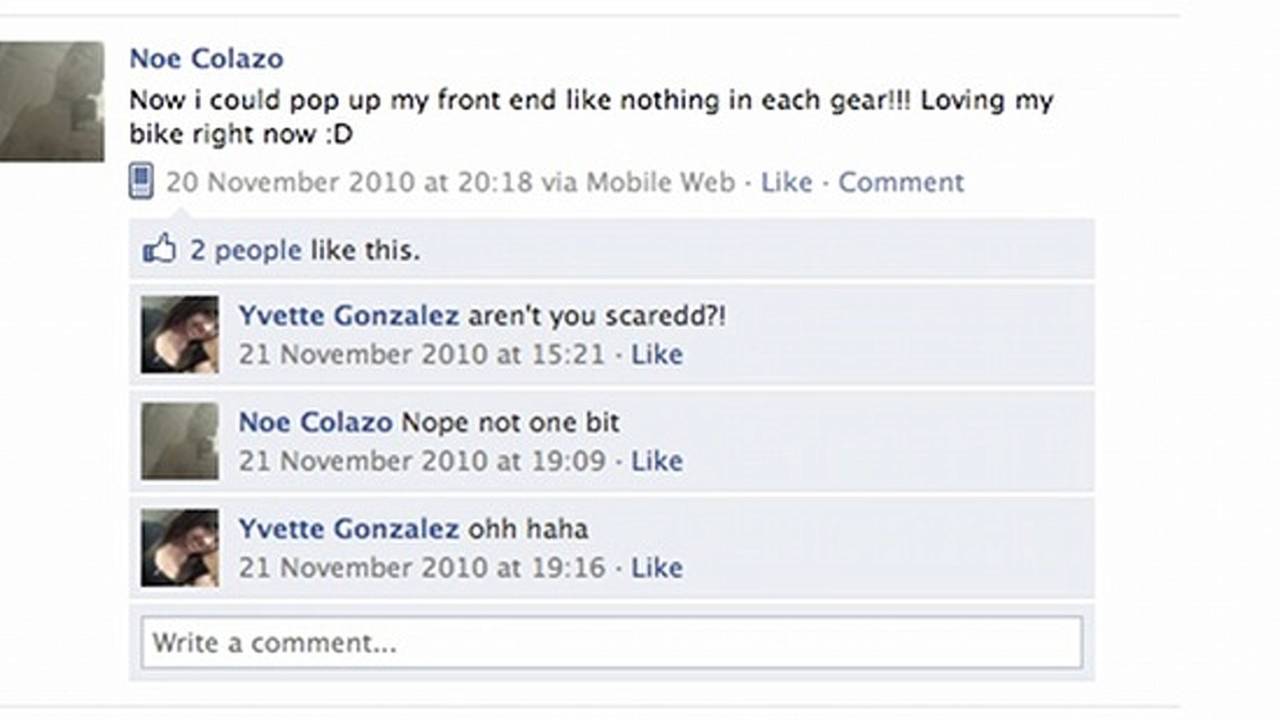 So what can we learn from this? Well, most of us already know that there’s a lot of young guys out there riding motorcycles with a lot of testosterone and not a lot of skill. Hell, most of us were one of those guys at some point. While Noe’s crash hopefully serves as a warning to people who think motorcycles are a consequence-free toy, we think the person with the most to learn is Noe himself. In fact, most reformed squids cite a lack of knowledge as the main reason they grew tentacles in the first place. So, let’s teach Noe something.

First of all, those HIDs do look great on the R1. In fact, the whole bike looks great, it’s impressive that someone as young as 20 was able to work hard and save up the money to buy such a nice bike. Of course, it’s also a shame that the bike you worked so hard for is now a pile of scrap in the Pinal County evidence locker.

Having had major crashes on bikes ourselves, we understand how strong the temptation is to simply give up riding afterwards. Once you see those medical bills and once you’re put in front of a judge, you’re going to be thinking that you simply can’t afford to ride ever again. We hope that’s not the case, as fellow bikers we hope you get back on.

But, when you do eventually get back on a bike, we hope that you learn to do so in a more responsible way. We’re not saying don’t speed, we’re not claiming to be angels ourselves, but there’s a big distinction between using a motorcycle skillfully and responsibly and what it looks like you’ve been doing.

The first step to becoming a real motorcyclist is learning how to ride better. This isn’t a case of simply attending a riding school (although that’s a great first step) or reading one of Keith Code’s books (although that’d help too), it’s developing an understanding of the challenges motorcycles pose and setting out on the lifelong pursuit of meeting them.

Start on a smaller bike and learn how to wring the most out of it before moving up to something a little faster, gradually working your way to being able to exploit a superbike. Buying a smaller bike will hopefully leave some money in the budget for trackdays, where you’ll learn an unbelievable amount in an unbelievably short time. Bonus: trackdays don’t have cops. Wear real riding gear. It doesn’t just look way cooler than played-out white sneakers and those WalMart jeans, it’ll help you control the bike better too. Of course, it’ll also help you survive your next crash without relying so heavily on luck. Start riding dirt bikes, again, you’ll learn a lot in a relatively safe environment.

Most importantly, you need to develop a healthy respect for not only your own life, but that of others. If you’d hit a car full of children during that police chase at those speeds, do you still think your buddies would be laughing it off on Facebook? The stuff we do on motorcycles has consequences. Learn how to be a man and take responsibility for your actions.