And there it is.

InfoMotori has grabbed the first images of an undisguised 2013 Triumph Street Triple. Changes? Well the frame, motor, suspension and controversially attractive headlights all appear to remain unaltered while big changes come to the exhaust, swingarm and tail. That pretty much addresses what scant criticism we were able to conjure up on the 2012 Triumph Street Triple R.

The most dramatic change is to the exhaust, which switches from two high-mount oval cans to a single GP-style low-mount. The 2013 Triumph Daytona 675 gets a similar treatment. Yes, the can pictured here appears to be an aftermarket Arrow, and quite an angular one, but it seems as if the production version is still shifting its can down low. 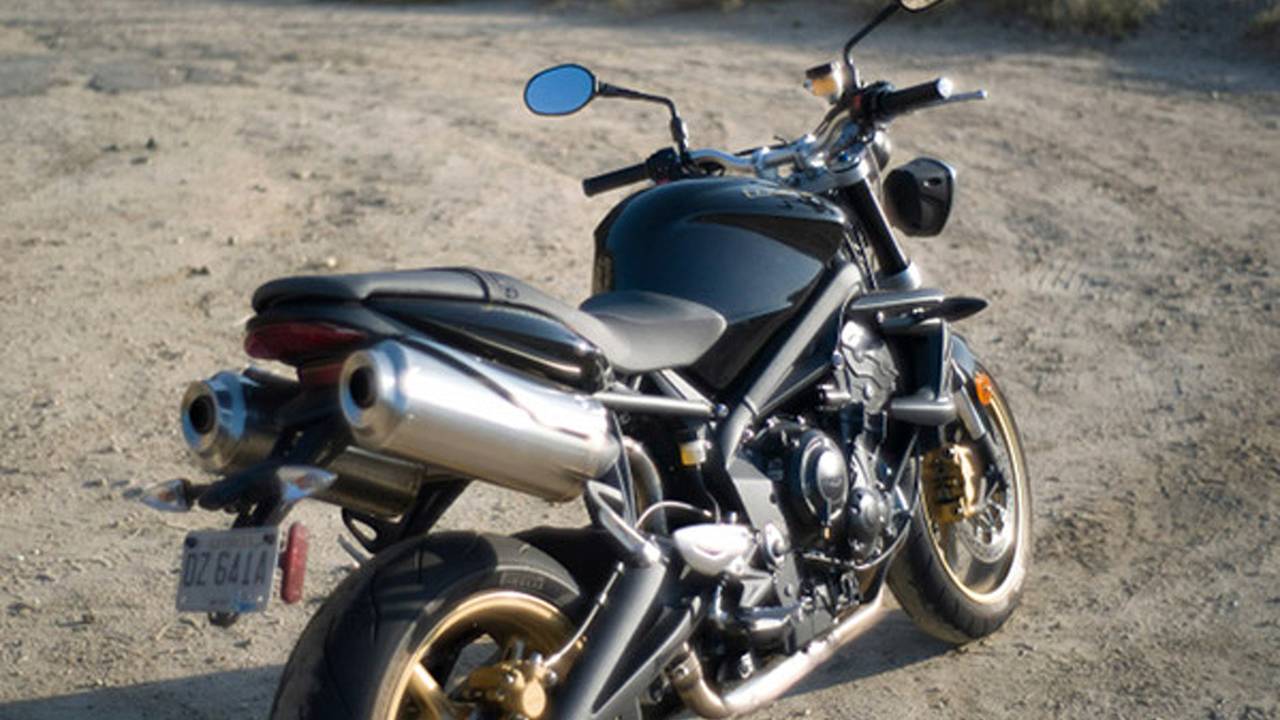 Why the change? Dramatically stiffer new emissions legislation begins to roll out in Europe next year. Currently, bikes are allowed to be quite a bit louder than cars, but the two will have to meet the same, stronger standards by 2020. This is going to impact pretty much every bike sold with many formerly air-cooled models being forced to adopt water jackets, witness the 2013 BMW R1200GS. But we digress.

With that new can comes a new banana swingarm pulled off that new Daytona. Box section in place of tubes means it’s likely lighter and stiffer; redesigned to accomodate the new exhaust while taking the opportunity to make it a little nicer.

Changes — the low-mount exhaust, new subframe and sleeker tail section — appear to be shared with the 2013 Daytona.

Also like the Daytona, there appears to be a new subframe and a slimmer, more angular tail section. Fans of comfort will be pleased to note that the seat remains one piece.

Evolution not revolution, look for an official unveiling in the spring or early summer.