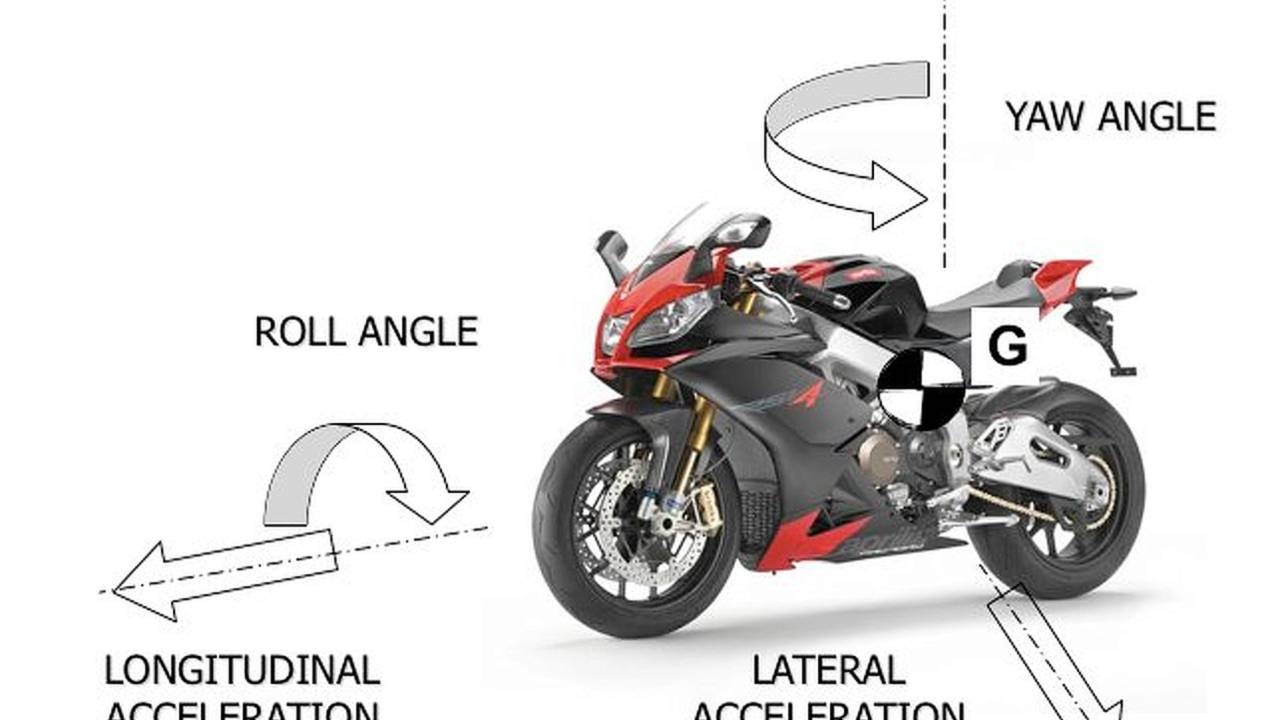 Once we’d started putting together a series of videos on the new Aprilia RSV4 APRC, it became quickly apparent that we needed to develop an intimate understanding of how Aprilia Performance Ride Control worked if we were going to stand a chance of doing it justice. Aprilia may have developed the most sophisticated set of performance enhancing electronics ever in-house, but, in typical Italian fa...

Once we’d started putting together a series of videos on the new Aprilia RSV4 APRC, it became quickly apparent that we needed to develop an intimate understanding of how Aprilia Performance Ride Control worked if we were going to stand a chance of doing it justice. Aprilia may have developed the most sophisticated set of performance enhancing electronics ever in-house, but, in typical Italian fashion, there was no cohesive document explaining its function. Definitely not one written in plain English. So, Grant, Aprilia USA and I set about poring over inches-thick, proprietary technical manuals and service guides, sending questions to Italy to check our conclusions. The result is this document, originally created strictly for internal use only, but reprinted with permission here. Not to brag, but it’s the most definitive explanation of APRC ever created.

All of the APRC systems work together to produce quicker lap times. Aprilia Launch Control gets you off the line faster; Aprilia Quick Shift lets you get up to top speed faster; Aprilia Wheelie Control lowers the front end under hard acceleration and out of bends; Aprilia Traction Control lets you explore cornering limits with 8 levels of sensitivity.

Process: The rider presses the mode button and selects the desired level (1-8, 8 being most

intervention) using the + and - buttons. Each level contains a minimum and maximum slip threshold.

While riding, the speeds of the front and rear wheel are constantly compared, alongside parameters for the roll angle and longitudinal acceleration. Depending on the TC level selected and upon exceeding the minimum slip threshold for that level, the Traction control system enters a control state. The APRC light flashes rapidly when ATC is limiting torque. The rider is then able to modulate slip up to a maximum threshold, a point which cannot be exceeded. As the bike becomes more upright, a higher degree of longitunal slip is allowed by the system.

Effect: Rather than a severe cut to limit acceleration and reduce rider control, the ATC’s logic allows a significant degree of rider control within specified slip parameters. Even while the system is limiting torque, the rider can effectively work within a range – modulating the throttle for more slide or vice versa. The system is constantly re-evaluating, so if you’re power sliding out of a corner, the more upright the bike becomes the more slip is allowed. Maximum acceleration is achieved with a limited degree of rear tire slip, which enables the rider to more to fully exploit the bike’s performance potential safely.

Process: The Wheelie Control is able to determine when a wheelie begins and ends. Due to the

accelerometer, AWC can actually determine when a wheelie is occurring rather than involuntarily reacting to differing wheel speeds. Wheelies are thus controlled much more smoothly. Using the mode button and + /- buttons, the rider selects AWC from one of three levels (3 being the most conservative).

Acceleration data from the accelerometer and relative speed between front and rear wheel is compared to determine conditions for a “wheelie.” If a wheelie is detected, traction control is momentarily disabled and the length of the wheelie is controlled by limiting torque via ignition advance and throttle valve aperture, just like ATC. Level 1 allows longer wheelies and level 2 and 3 shorter wheelies. Even with the Wheelie control turned off, the Aprilia traction control is still active as long as the front wheel is in contact with the ground. With the wheelie control turned off, the ATC system allows a wheelie for 30 seconds and inhibits a wheelie if the roll angle exceeds 25 degrees.

Effect: Wheelies become a separate variable from TC in the ECU. This is especially useful while

cornering, where front wheel lift could cause the bike to run wide, yet over-harsh correction could limit performance. Instead, the bike holds the front wheel on the ground while permitting maximum possible acceleration.

Process: Rider selects one of three levels using the mode button and +/- buttons; 1 is the fastest launch level. ATC and AWC are disabled for start, but traction and wheelie control is handled by unique programming when Launch Control is enabled. Rider holds the throttle fully open while the ECU maintains a constant 10,000rpm (levels 1 and 2) or 9,500rpm (level 3).

To launch, rider simply holds throttle open while feeding out clutch. During first phase of launch, wheelies are PREVENTED with ignition advance while a variable rev limit is applied, allowing more revs as speed increases. Once the clutch is fully engaged a limited degree of wheelie is permitted. Once the bike crosses 100mph and a gear higher than 2nd, ALC disengages and AWC and ATC automatically reengage at their previously set level.

Maximum possible acceleration is achieved thanks to wheelie control in conjunction with the Aprilia Launch Control. The ALC is the only launch control system on a production bike.

Process: Rider holds throttle wide open, doesn’t use clutch. Pressure on the gear selector is detected, triggering the system to evaluate throttle map, throttle position, gear position and acceleration - ultimately determining the speed of the shift. Torque is cut by reducing ignition advance and injection times, enabling the next gear to smoothly engage. Torque is then gradually fed back in to smooth the shift.

Effect: Upshifts are completed without closing the throttle or disengaging the clutch, making them faster and limiting RPM loss. The rider can snap home instantaneous shifts on track or smooth, easy shifts on the road.

You can watch the videos that resulted here.