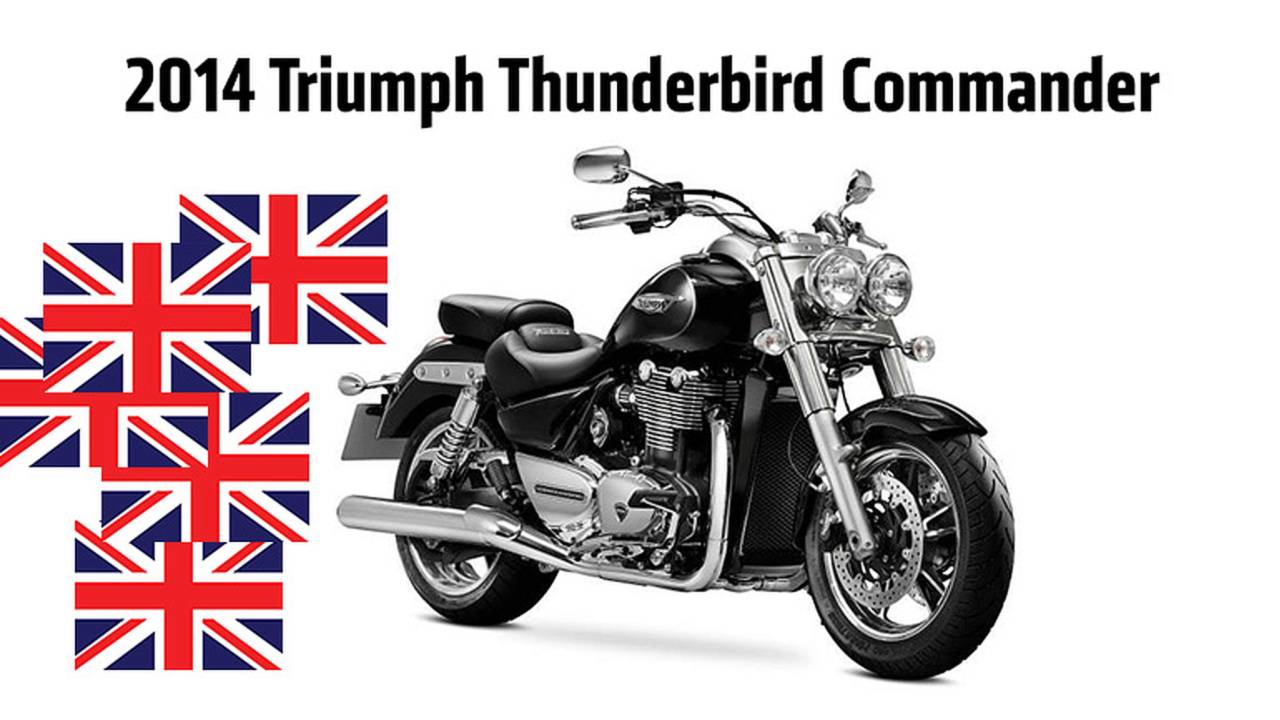 The three new entries from Triumph leave us whelmed.

Believe it or not, but "Thunderbird Commander" isn't the name of a cartoon puppet, it's a macho, muscle cruiser. It was just unveiled at EICMA, along with its sidekicks, the bookish 2014 Triumph Thunderbird LC and the Action Jackson 2014 Triumph Tiger 800 XC SE.

The 2014 Triumph Thunderbird Commander starts with the firm's 1,600 cc, parallel-twin cruiser, adding dual front headlamps, plunger-type forks (I think this is what they're called, if you're wearing chaps while reading this and know better, please correct me), forward foot controls and lower exhaust pipes. Triumph states these modifications were designed to boost its macho-ness by approximately 42 percent. Riding one while wearing a mustache will boost that a further 5.2 percent. Each new Commander purchase will be accompanied by a matching set of Union Jack y-fronts, one size fits all.

In contrast, the Thunderbird LC adds actual functionality in the form a large, touring windscreen, leather panniers and a pillion backrest, along with Harley-style triple headlamps. Each LC will come with a pack of 500 convenient business card-size handouts explaining that no, your bike isn't a Harley and detailing the many interesting reasons why you decided to buy something that isn't. Each handout is printed with a Union Jack flag and carries the licensed signature of Steve McQueen(TM).

Like other recent special edition Triumphs, the 2014 Triumph Tiger 800 XC SE wears a red frame and black paint. No other upgrades are evident. Pip, pip, cheerio.