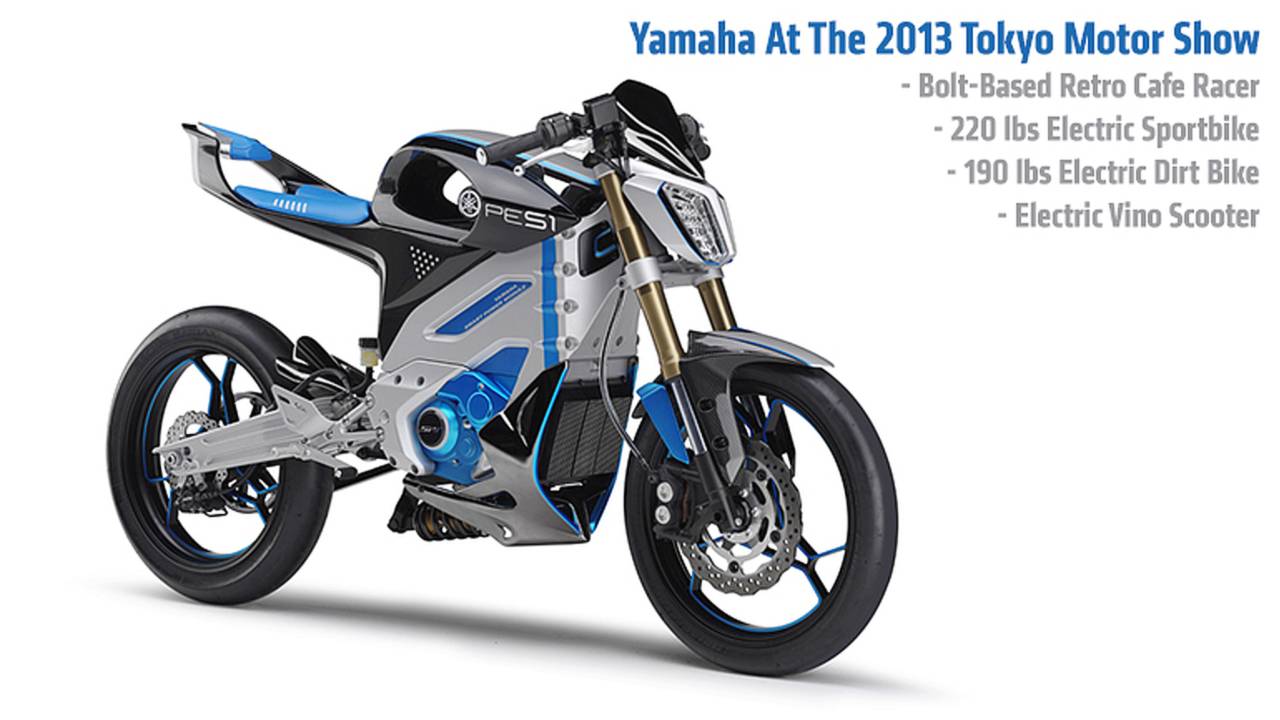 First look at the Yamaha 2013 Tokyo Motor Show set for debut in Japan..

Are you feeling retro or futuristic? Yamaha is bringing both to the 2013 Tokyo Motor Show later this month. Here are the first specs and images on its new concept bikes.

We're honestly surprised it's taken them this long to make a cafe racer based on the Star Bolt. Sadly, it doesn't sound as if this one is destined for production, with Yamaha saying this is, "a prototype showing an example of how owners can customize the bike to their own tastes."

"Passion Electric Street Sport," no, we're not sure why there's only one 'S' in the name either. Yamaha says this is intended to deliver, "the same operational feeling that current motorcycle riders are used to." In the pursuit of that goal, it's equipped this lightweight sportbike with a gearbox capable of operating in manual or automatic modes. It's powered by a DC brushless motor and weighs just 220 lbs.

"Passion Electric Dirt Sport," again equipped with that auto/manual gearbox and a swappable battery pack. There is not really anything new here (we suspect the BRD RedShift would eat its lunch), but it's a good sign that major motorcycle makers will be moving into electric bikes in the very near future.

Take one Vino scooter, pull out its ICE drivetrain and swap it for Lithium-Ion batteries and an unspecified electric motor and you have an electric commuter that makes a ton of sense. Electric scooters like these will be taking over city streets worldwide in the very near future.