Will the 300hp Kawasaki H2R Be a Success? 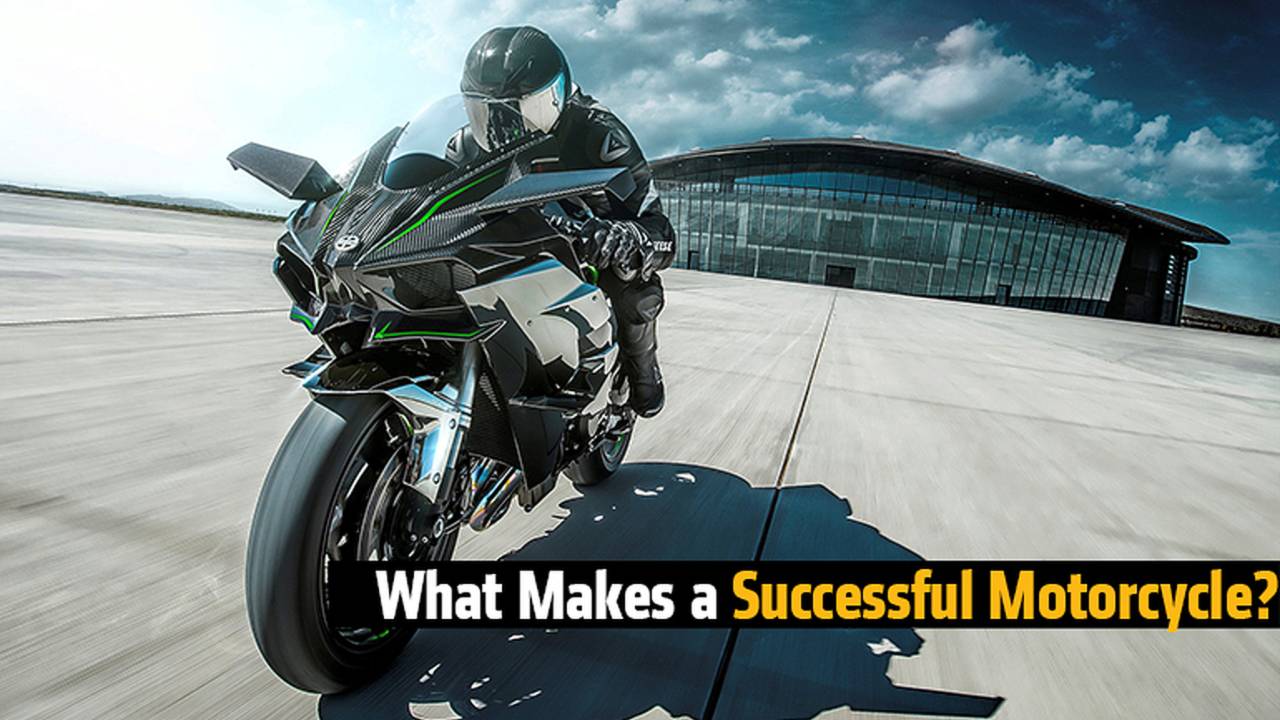 With reference to this fall's debut models, our Editor at Large takes a deeper look into what their point might be, and what makes a motorcycle successful.

Ever since Kawasaki pulled out all the stops in their efforts to whip the motorcycling world (or at least the press) into a frenzy over the new H2, I've been perplexed. With many of you, I've been wondering what it is they were hoping to accomplish with the model, outside of a wildly successful PR campaign.

After the H2R was unveiled, I couldn't help but scratch my head at the apparent answer to a question nobody was asking. Who was looking for a $50,000, 300 horsepower motorcycle?

And the road-going H2 raised even more questions. The H2 was missing a full hundred horsepower from its track-only variant, but featured a whopping $25,000, and also heavy curb weight of 525 pounds. That's Harley Sportster territory. The milder cam and different head gasket along with compression mean that astronomical power numbers may be easy to attain after all, and that's if you can find a motorcycle tuner with suitable experience in forced induction.

And even if you did squeeze H2R power out of an H2, what are you going to do with it? Sure, you can go for land speed records at the Maxton or Texas Mile events. Maybe head out to the Salt Flats. But that's a tiny fraction of motorcycle racing, which is itself a tiny fraction of the overall market. You'll definitely get a lot of looks at your local bike night, but $25k worth?

Then Honda took the stage at EICMA, rolling out their RC213V-S. In the cutthroat realm of superbikes, Honda hasn't set the world alight in a long, long time, and their faithful fans have been teased for years with rumors of a V4-powered superbike that would put them back at the forefront. Instead, Honda rolled out a lighted and mirrored version of their dominant MotoGP machine. It drips with cool, but it seemed another answer to a question nobody asked. Who was looking for a six-figure collectors item from a manufacturer struggling to remain relevant in production race machines?

Yamaha seemed to come closest to pertinence in this fall's debut season of big displacement machines, rolling out the long-awaited new R1, and a limited-production R1M. The bike is undeniably descended from their MotoGP program, from the bodywork to the engine design. It makes big power, carries big technology, and has all the potential to be a standard-setter in Superbike racing, matching or surpassing the best offerings from Aprilia, Kawasaki and Ducati.

Except they're not going Superbike racing, at least not yet, at the World level. Testing in the middle of last summer revealed some reliability problems with the race-trim powerplant, and so the factory is rumored to have postponed their WSBK efforts until the 2016 season. Domestic championship teams, while happy to receive a bike making competitive power out of the box, are unlikely to take on the complexity of the M variant with their limited testing time and budgets. And that's assuming the rules packages would allow the very technologies that set the R1M apart from its standard brother.

So I found myself sifting through photos and press releases of three unique, powerful, exciting motorcycles from three different manufacturers, and yet unmoved by any of them. I found myself wondering more about the possibilities of Yamaha's new pint-sized R3 than the world-crushing power of the Kawasaki H2R. Judging from forum posts and comment sections around the interwebs (which, of course, are highly scientific gages for public opinion and brand success), I'm not alone.

But maybe we've all missed the point. Maybe the point of building a motorcycle isn't always sales, or practicality, or race success, or even performance. It's possible that, in the wood-paneled boardrooms of the major motorcycle manufacturers, a more complex discussion is taking place than we lowly consumers and talking heads would have anticipated. Maybe things like brand reputation, the artistic expression of technological advancement, and peer respectability sometimes matter more than second quarter sales numbers.

Maybe Kawasaki doesn't care if they sell the H2. Maybe it's enough for them to be known as the brand that pushes the envelope in aesthetic and powerplant design. Maybe Honda aren't bothered by their lackluster superbike results, because they're cleaning up in MotoGP, and the RC-VS was meant as a reminder of that. Maybe Yamaha knows that the way they maintain their competitive edge with their customers is by directly linking their road machines to their racing prototypes.

But what is it that makes a motorcycle a success or failure in the long view? Is it sales numbers? Championship victories? Favorable magazine reviews? Industry-changing innovations?

In truth, it can be any of these things, or none of them. Suzuki's humble SV650 was a success simply because it was easy to ride, tune and race. Yamaha's R6 line has enjoyed long success by staying at the forefront of track performance, even when absent from the World Supersport series. For long periods, Ducati endured the reputation of building quirky, somewhat unreliable machines, but survived and thrived on their irresistible beauty. Aprilia and BMW managed to thrust themselves solidly into the superbike conversation by building machines that were immediate challengers to the Big Four Japanese manufacturers, even if their market shares don't compare.

To say for certain whether goals more ethereal than quantifiable will be met by the H2, RC or R1 will require the passage of time, and a careful eye on the market. If these bikes draw customers into showrooms, even if they purchase other models, they will be successful. If they cause other manufacturers to follow suit in design or technology, that is success. If they cement the brand's reputation for innovation, race track domination, or the experience of the ride, that too is success. In the meantime, they've certainly given us something interesting to talk about.