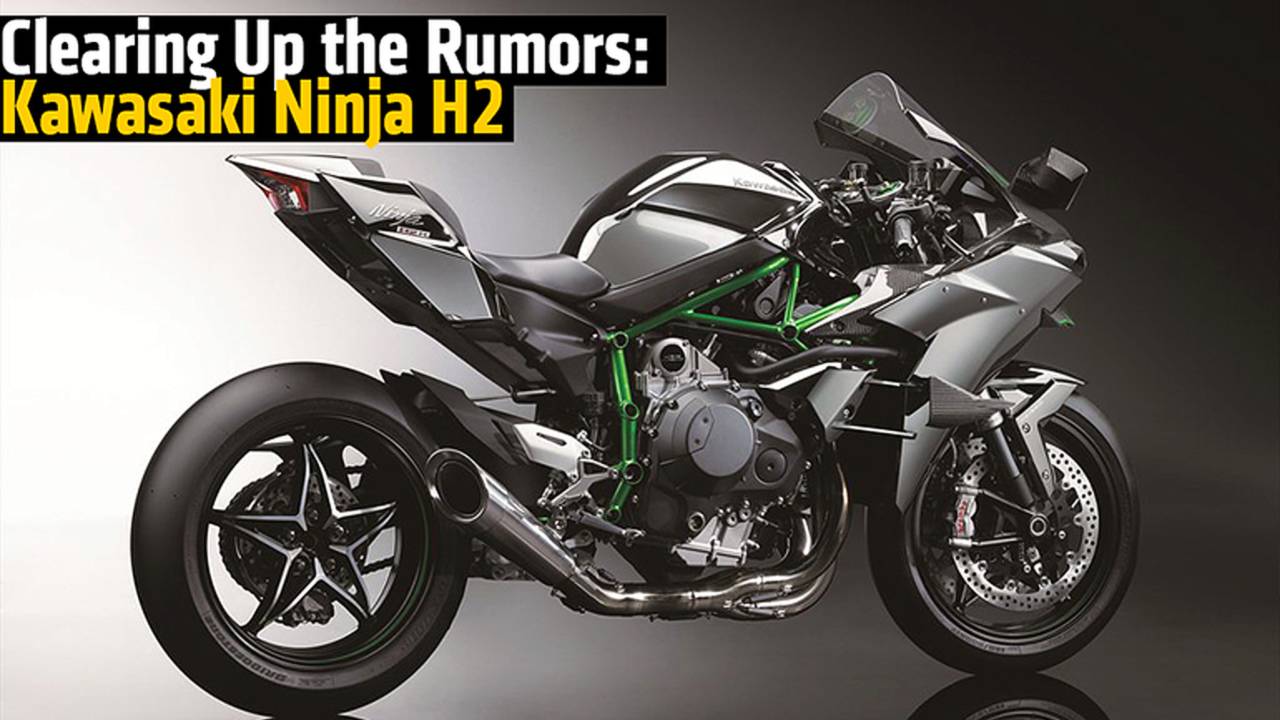 Even the most anti-motorcycle guy knows about the Kawasaki Ninja H2R, the 300hp monster that’s projected to break all records from major motorcycle manufacturers. It’s made big news across the globe, as Kawasaki has done a great job of teasing us with limited information and heart-pound marketing. But there’s still much more information yet to be revealed about this revolutionary motorcycle. So, for our riding and non-riding readers alike, we decided to explain Ninja H2 in car terms.

The Internet has been running crazy with “leaked” information, photos, invoices and screen shots, that are supposed to reveal the true nature of the H2R and H2. Some of what’s out there, we can say with confidence, is complete bogus, while other pieces of info might be true. We decided to lay it out straight; what we know for sure and what we guess to be true, as we might get our eyes on the H2R sooner than you think...

What We Know So Far

Despite all the guessing, the H2 has blown us away. As for our initial guess said that 300hp for a factory, street-legal bike was excessive and no way would a manufacturer build such a bike...well, we were sort of right as the H2R does make 300hp, but it’s not street legal.

Some people might forget we’re talking about two motorcycles: the street legal H2 and the non-street legal, track-only H2R. The H2R was unveiled September 30th, 2014 at the Intermot show.

The hype for Kawasaki’s possibly revolutionary bike has been huge, thanks in large part to Kawasaki’s relentless quest to tease us by slowly releasing snack-size pieces of information every week as the unveiling approached. First came the hint that the bike might be supercharged, then a silhouette of the bike, followed up by bits of terminology about how the bike is built beyond belief with never-felt-before kind of acceleration.

The 998cc supercharged 4-cylinder makes 300bhp to the flywheel. No mufflers to speak of, aerodynamic wings that keep the bike on the road and ballon-sized 120/600 R17 up front and 190/650 R17 rear fully-slick racing tires: those are enough stats to make the most hardcore racer shiver.

But not all details, like curb weight, have been released as Kawasaki has started all over again with the teasers for the H2, which is supposed to be unveiled at the EICMA show in early November.

Here is an overexposed screen shot of the latest H2 teaser video. You can see the single-sided swing arm, mirror and large mufflers.

Kawasaki Ninja Forums was seemingly created just to leak H2 information. Recently they leaked a supposed Motorcycle News UK magazine cover and an invoice for delivery and shipment of an H2R.

Here’s what we think we know, as this isn’t confirmed: there are three H2Rs in the US right now. One is being used for promotional photography and two others being shown to internal Kawasaki employees. One could possibly be at the California headquarters, making the invoice seem legit - the only problem is, we know it’s a fake.

The invoice claiming a $60,000 sticker price for the H2R is a doctored receipt and the price is wrong. None of these promotional bikes are ready for sale, and don’t current feature VIN numbers nor price tags. Why would you need a listed MSRP along with shipping up charges to deliver a bike to the company’s headquarters?

Will it Have a VIN

Here’s a question no one is asking: will it feature a VIN number? This introduction of a track-only bike reminds us of the Big Three muscle car wars - Camaro, Challenger and Mustang. Shortly following the unveiling of those cars in 2010 came the factory drag-pack versions: COPO Camaro, Dodge Challenger Drag-Pak and Cobra Jet Mustang. None of these included VIN numbers, but rather unique serial numbers.

This kept guys from taking dangerously fast machines on the street...OK, it just made it harder to drive them on the street. So, do you think the H2R will include a VIN number or a serial number? In the United States, depending on the state (not California), it’s relatively easy to license a motorcycle. If it does include a VIN, then you can easily slap a couple mirrors, tag, and exhaust on a non-emissions 300hp motorcycle. Our guess is it won’t feature a VIN.

So, if it doesn’t have a VIN, then just save your money and buy the street-legal version, the H2. Which then begs the question: price and power? The Internet’s best guesses are 200-225hp. We’d have to say that’s probably accurate, but our money’s on the high end with 225hp.

What on the power train will change from the H2R to the H2? Probably not a lot. The supercharger will probably be a smaller size, but definitely make less boost either way, making for a safer, more mild tune - although it's not like 200-plus horsepower is in any way mild.

Could we see an arms race similar to the big-three muscle cars: Camaro, Mustang and Challenger? The Kawasaki H2R is the Challenger Hellcat, just with a lot more handling and carbon fiber. It’s a gigantic horsepower number that causes everyone to ask its competitors, “...and your rebuttal?” (This was Kawasaki’s response to any other unveiling at Intermot.)

For motorcycles, there's an even bigger market of manufacturers fighting for the top spot globally, not just on America soil (yes, GM, Ford and Chrysler sell over seas, but the muscle cars are primarily sold for an America-targeted audience). There’s the BMW S1000RR or Suzuki Hyabusa. None of which are offered as track-only, non-street-legal versions. Will the H2R evoke a race from the others to make ridiculous amounts of power? The headline-attention getting power that causes non-motorcyclist to take notice? Note that we’re not talking about the fastest bikes like the Ducati 1199 Panigale R, but attention-getting figures.

Yamaha has recently started with teasers on the Yamaha R1, that could be in competition with the H2; only time will tell as it's projected to be unveiled at EICMA like the H2.

Personally, I believe it will start the arms race and it’s a good thing. No, not because now money can buy you a MotoGP-stomper kind of bike, but rather that the attention-getting headlines will cause more people to buy motorcycles. The guy who doesn’t normally care about motorcycles that reads about the H2 might be reminded of how much fun he once had and visit the local dealership the next day. More motorcycles means more support, which ultimately means cheaper prices - which means that all of us riders, regardless of whether we're on an H2 or a TU250X, win.

Like I said above, we might get our eyes on the H2R very soon (like "the author might be on a plane to do just that while you’re reading this" soon). What do you want to know about the H2 and the H2R? Tell us in the comment section below.