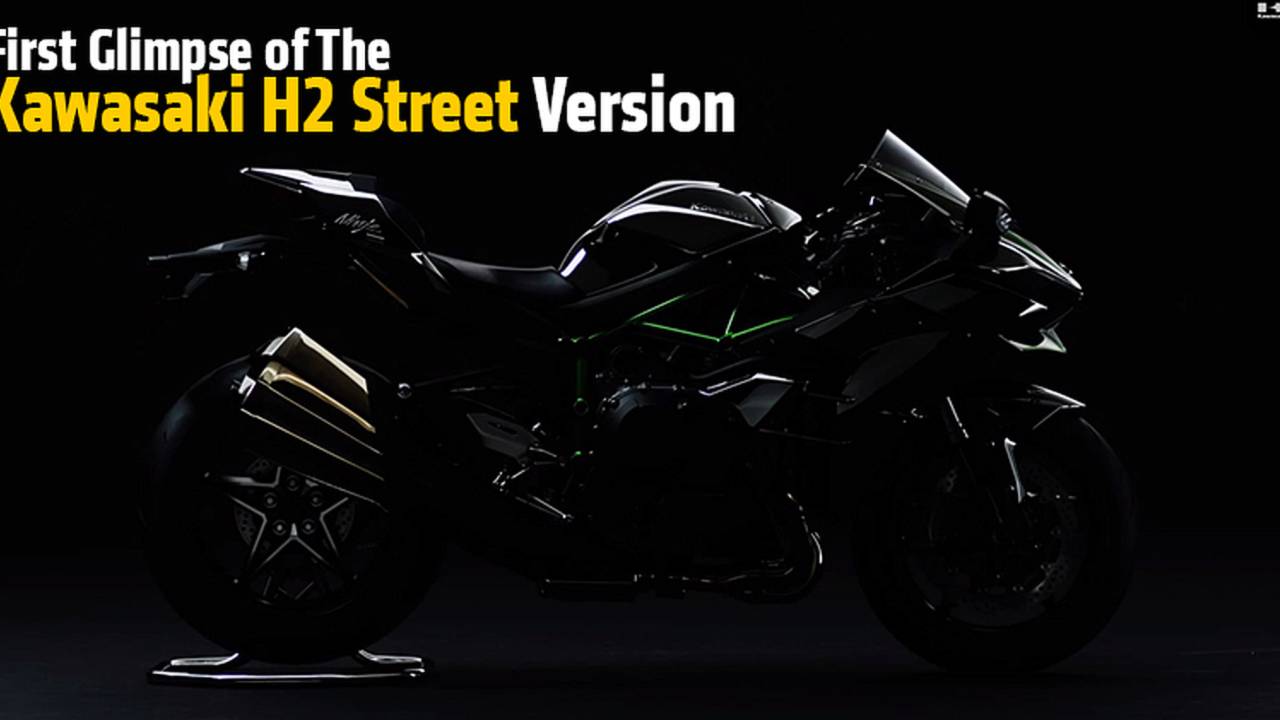 First Photo of the Kawasaki H2 Street VersionHere we go again, it looks like Kawasaki will start again with its teasers of the H2. The first set of...

Here we go again, it looks like Kawasaki will start again with its teasers of the H2. The first set of teasers led up to the unveiling of the 2015 Kawasaki H2R last week at Intermot. Now, we have the wait all over again, as we see the first teaser for the 2015 Kawasaki H2 street version.

Said to be detuned and far less expensive, the H2 will be built for the street where the H2R is a track-only bike. Now the pair of bikes have been seen together for what will likely be another long list of teaser videos leaving us wanting more.

What do you think will be different with the H2 compared to the H2R? Comment below. Our best guess is it'll receive a detuned drivetrain that's (hopefully) identical to the H2R, but with around 225hp. From the images it looks like it might have a carbon-fiber body work as well, but the top wings were replaced with mirrors. The front fairing, might be different as the windscreen could possibly be at a less steep angle, but again, it's hard to tell. We can definitely spot two huge exhaust canisters with probably a 4-to-2-to-1-to-2 exhaust configuration. It looks as though the street-version will retain the single-sided swing arm, like so many of us were hoping for.

Through the power of Photoshop we can see this from the video.

The rumor is the street version will be unveiling sooner than you think (so stay tuned to RideApart, this month) meaning fewer teaser videos then before.