Best Sportbikes Of The 1990s

The 1990s was an era of some astonishingly good motorcycles. Here’s six of the best sportbikes of the 1990s.

It may have been the decade of the launch of the Internet, grunge music and hip-hop, the breakup of the USSR and some seismic political changes around the world, but the 1990s was also an era of some astonishingly good motorcycles. Here are six of the best sportbikes of the 1990s.

There were a couple of notable motorcycles that set the pace back then and perhaps without any argument the nod should go to Honda’s CBR900RR Fireblade as the iconic bike of the era. That will make Yamaha R1 fans shake their heads, but this Honda was the first modern sportbike to succeed at packing open class power into a package the size and weight of a 600. So successful, in fact, that even the original 1992 model is still considered a fast bike today.

The secret behind the Fireblade’s success was probably due to the fact that it was built from the outset by Honda’s designers and engineers as a road going sportbike rather than something to fill a slot in a market segment. Effectively it created its own segment and was ineligible for any major racing series.

Early versions were a little flighty in the handling department due to the 16-inch front wheel (spec’d to speed steering), but development in tire technology means today you can get an early Fireblade that will keep up with and handle as well as some of today’s top sportbikes. With 122 bhp and 65 lb.-ft. of torque, the Fireblade’s 892cc 16-valve engine is no slouch. You should be able to hit well over 150 mph, but RideApart would never condone that sort of behavior.

Not much to goes wrong on the Fireblade. Rectifiers and camchain tensioners need to be watched but are a cheap and easy fix. The problem you face is finding a good one, as any decent Fireblade is starting to fetch serious money now among the collectors and the high performance/solid reliability combination that makes them so good, also makes them popular with the stunt crowd. 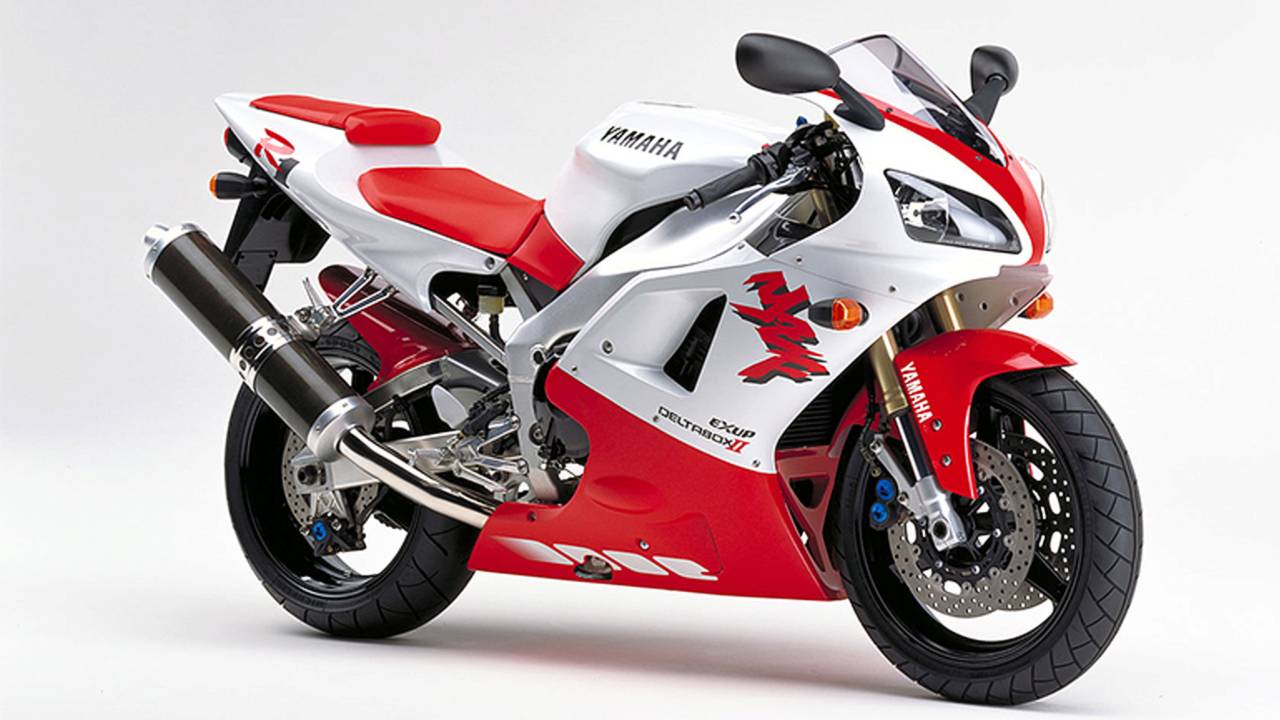 If you’re not a Honda fan then you should perhaps consider the Yamaha R1. It came charging in at the end of the 1990s and became the sport bike to have. Early versions of the R1 (launched in 1998) have sharper handling while later bikes have restricted power in the lower gears to help make them more manageable. This was a bike capable of more than 170 mph and it had what was then considered a massive 150 bhp from the 20-valve, 998cc engine.

Like the Honda Fireblade, buying an R1 today is all about looking for one that has not been abused, dropped too many times and still works. Watch out for the gearboxes, on the early examples as they’re prone to popping out of gear under hard acceleration and the valves need watching as they can seize. That aside, if you can find the right bike at the right price don’t hesitate – buy it. 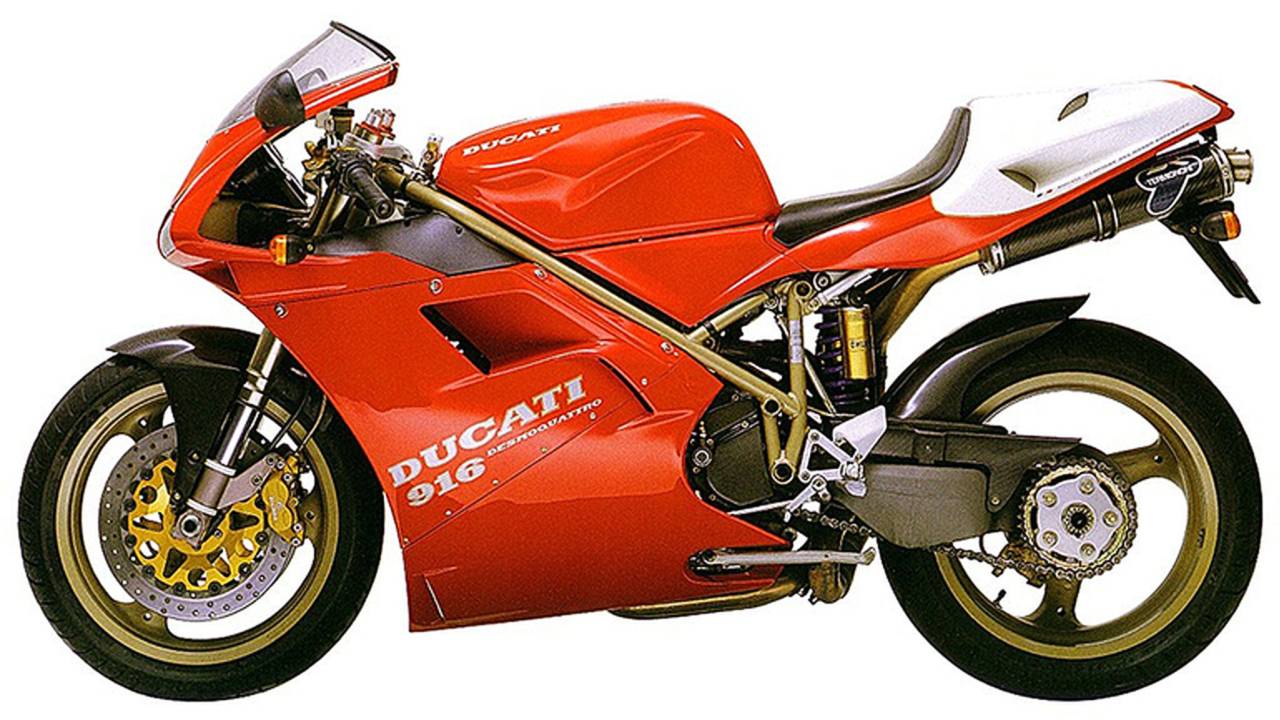 Although the Japanese had it mostly their way during the 1990s, the Italians did come back with a motorcycle that took quite a lot of people by surprise. The Ducati 916 is the bike that some say saved the Bolognese company. Iconic in design, the 916 handled superbly and was pretty quick. There was a claimed top speed of 165 mph, but compared to the Japanese bikes the 916 was down on power as it had just 106 bhp and 65 lb.-ft. of torque.

They’re expensive to run, too, with major service needed at 24 months and the hardening on the cam followers can fail resulting in a very expensive repair. That aside, the Ducati 916 has a loyal band of enthusiasts. Proper bikes, ones that have not been messed about or damaged, are snapped up by collectors. Now is the time to get one, before they start get into the stupid money. 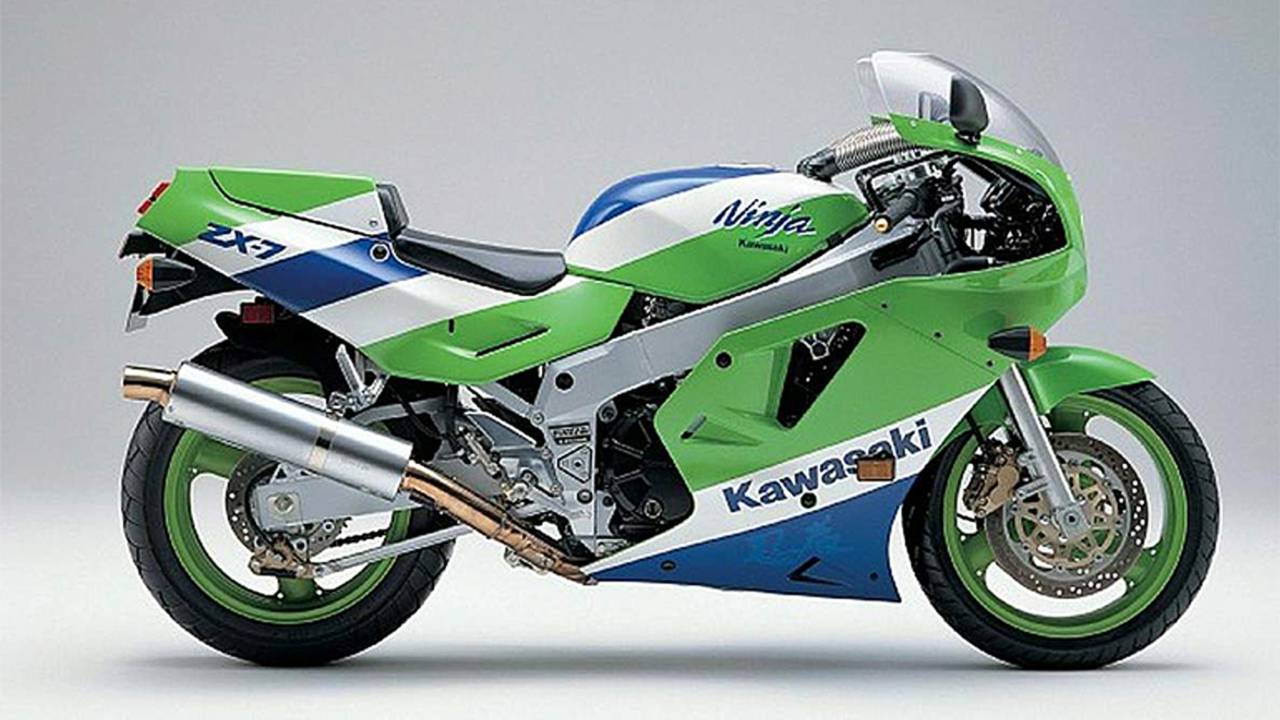 Kawasaki bikes of the 1990s never got the recognition they deserved and are still overlooked today, but there were a couple of real firecrackers. There was the ZXR 750, which was blindingly fast in the right hands. Early versions were oK but the one to look for today is the ‘L’ model which had revised suspension that made it a better road bike and had a bit more power (around 116 bhp and 54 lb.-ft. of torque). By all accounts the ZXR offers a pretty intense riding experience for those so inclined.

But, the one Kawasaki that was seriously under rated back then and almost forgotten today is the ZX-9R. It was supposedly faster than the Fireblade and more comfortable and useable than the R-1. It delivered 143 bhp and 74 lb.-ft. of torque from the 899cc engine. Early B-designated models are quicker while later versions — the E and F versions – had refined suspension upgrades and better handling. Gearboxes are something to watch out for if you are looking at buying one. They have a tendency to jump out of gear – especially third. Check all the usual areas for issue – warped brake rotors and ratty swingarms, but overall this is one of the most underrated sport bikes of the 1990s and a great ride if you can find one. 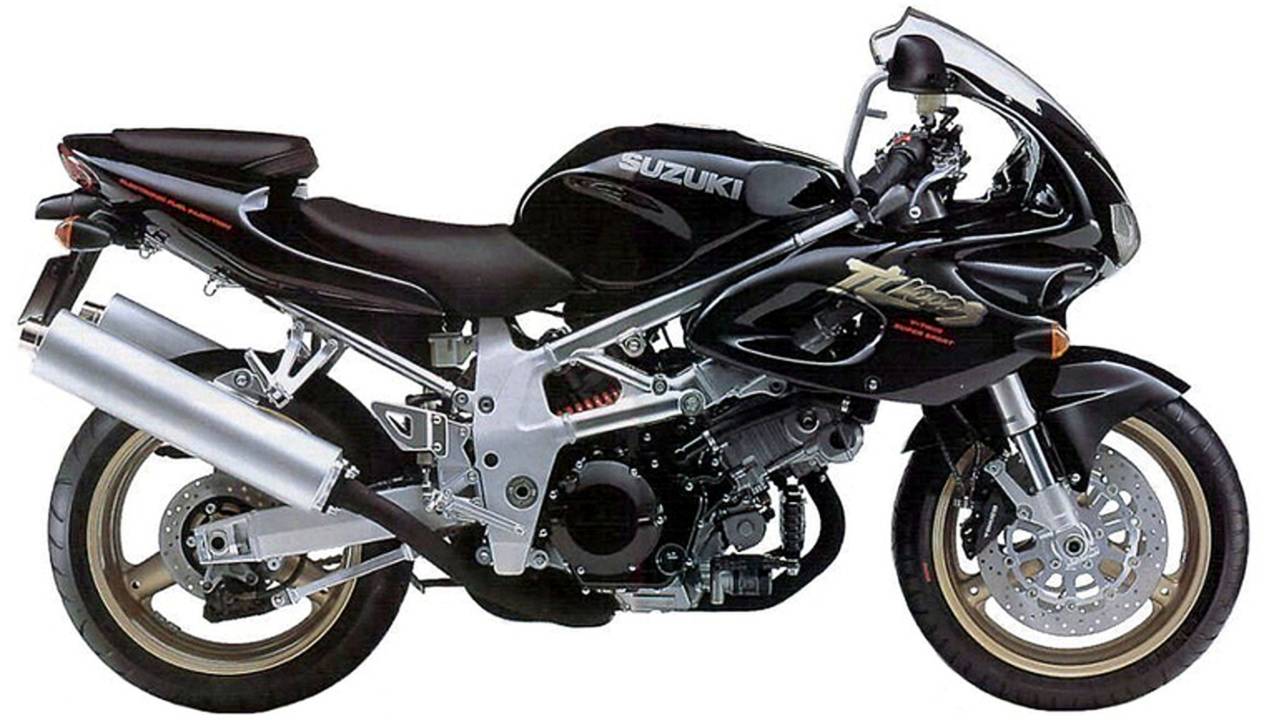 Suzuki’s TL1000S earned a reputation for being a bit of a monster to ride thanks to its torquy-laden V-twin and short wheelbase. But compared to some of today’s sportbikes it seems a little subdued. They were pretty quick and decent looking though. Early bikes suffered from handling issues due to a combination of over-damped rear shocks and the swingarm tensioning the chain. Frames have also been known to crack around the shock mount.

As a sportbike, this Suzuki was right up there. Low gearing, 125 bhp and 420 lbs wet weight made this bike a blast to ride and proved particularly attractive to the first generation of squid riders who found out how well these Suzuki’s pulled wheelies at anything up to 70 mph without any problem. It is hard to find a non-abused version today, so look for later models and check any bike you are considering, really carefully as the chances of finding one that has not been dropped is going to be very rare.

When you look back at some of the sportbikes from the 1990s they may look a bit clunky and heavy. But, many of them were technically interesting and are still terrific to ride. If you can find a good one today, hang on to it and ride the heck out of it. Who knows? One day you might even be able to sell it for a lot more than you paid for it.

We could and should have added the Suzuki GSX-R750 to this list, along with Honda’s RC45 and the Kawasaki KR-1. All great bikes from the decade, but what sportbike from the 1990s is on your radar?