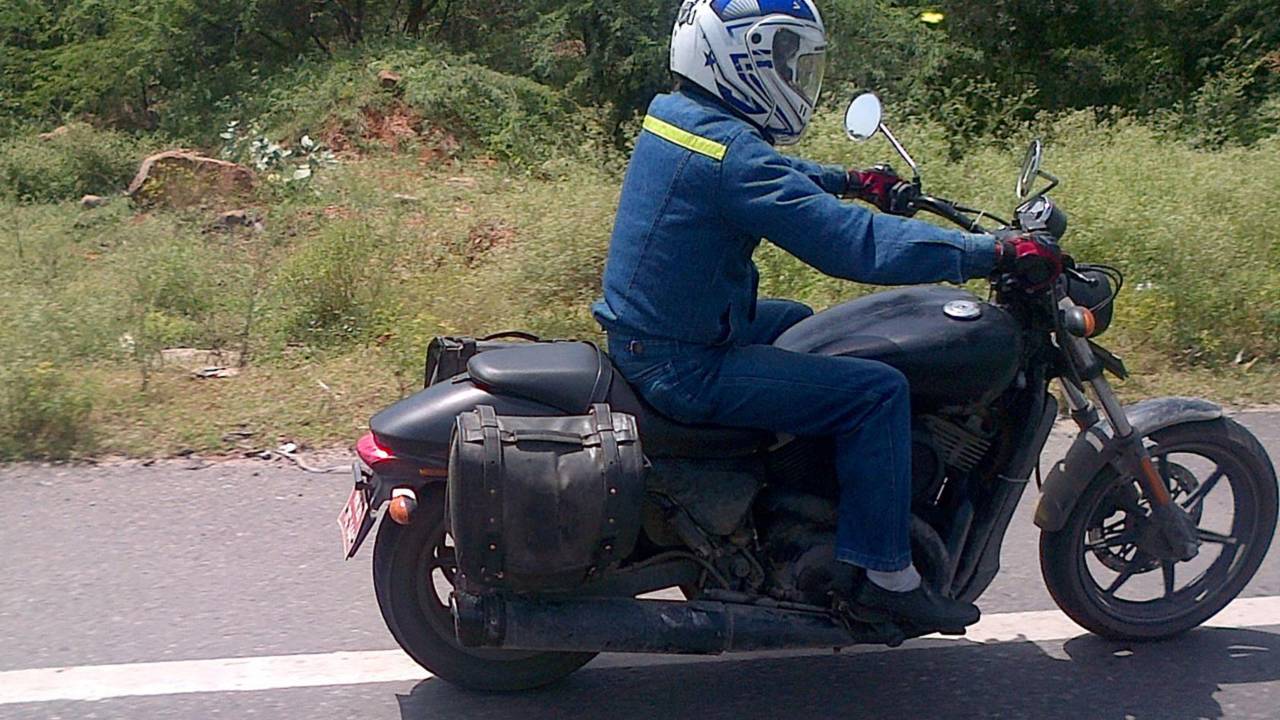 The first photos of the 2014 Harley-Davidson 500 have appeared on Indian forum Team-BHP. Several members report spotting the bike on local roads, apparently undergoing validation testing prior to the model's release early next year.

Three years ago, Harley exclusively confirmed to RideApart that such a model was under development, stating that it was intended to replace the just-killed Buell Blast, serving as a learning tool in the firm's Rider's Edge training program here in the US and a good first bike for new riders looking for an H-D smaller than 883cc in capacity — the size of its current smallest bike, the Sportster.

Then, at last weekend's 110th birthday celebrations, the company disclosed further details, saying the model would be built at its Gurgaon, Haryana factory and targeted at the massive Southeast Asia motorcycle market.

The model's development is hardly a secret. In fact, according to Forbes, it serves as the linchpin of H-D's strategy to expand its foreign markets.

"In India, Harley is now developing a new 500cc motorcycle made specifically for the country with a starting price of less than $7,000," reports Forbes. "The company has also set up assembly plants locally to circumvent the high import duty. The company only sold about 2,000 units in India last year, but the sales could easily grow multi-fold as its portfolio of lower-priced products rises. Harley expects its India sales to touch 10,000 units in the next 2-3 years."

Which brings us to these pictures. We know the capacity should be in the neighborhood of 500cc, which is reflected in the diminutive size of the v-twin motor seen here. In a move departing with company tradition, there appears to be a radiator hidden between the front frame rails. Harley just released its very first water-cooled models with its 2014 touring range.

The rest appears fairly conventional. A large fuel tank features an off-center cap, enabling easy fill ups when the bike is on its stand. The two-person seat and plastic tail section has hints of XR1200 in it and, in a possible sign that it could be US-bound, the bike features the orange reflectors on its side uniquely required for road legality in this country.

Team-BHP forum members note that the registration plates are from the Indian state where Harley's facility is located and that the bikes appeared battered and worn, a possible sign of endurance testing.

"In normal running, there was almost no audible sound," notes Team-BHP user 'Metallica' who snapped these shots. "When revved, it did make some noise but that was in no way similar to the usual familiar one of HD."

We'll bring you more material as this story develops. Until then, visit Team-BHP for more details and stay tuned to RideApart for updates.