The only motorcycle that comes with an oar 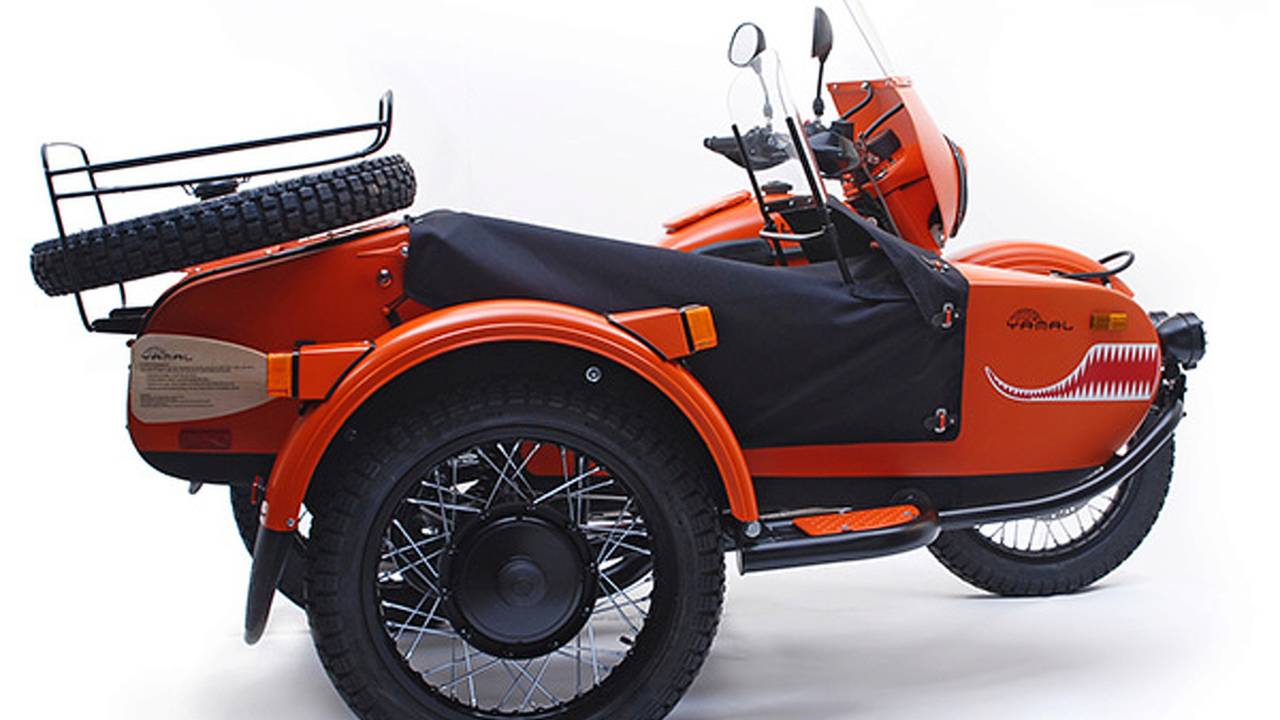 The only motorcycle that comes with an oar“In Case of Emergency: Detach sidecar, jump in, and then paddle like heck,” read the instructions printed...

“In Case of Emergency: Detach sidecar, jump in, and then paddle like heck,” read the instructions printed on the blade of the oar bolted to the side of this new Ural Yamal limited edition. Named after a Russian Icebreaker, the sidecar is painted a unique shade of high visibility flat orange, equipped with auxillary fog lights, bears the stylized toothy grin of its namesake and, most importantly, has had the lower portion of its ‘car body and fenders double-coated in a tough 3M polymer. You know, to make it sea worthy.

According to Wikipedia, the Yamal is an “Arktika” class nuclear-powered icebreaker operated by the Murmansk Shipping Company. It’s named after Siberia’s Yamal Peninsula, a name which literally translates to “End of the Earth” in Nenets.

A unique feature of the ship is its double hull, with its outer later coated in a special polymer designed to reduce friction with the ice.

The Arktika class are the most powerful seagoing icebreakers in the world. So powerful, in fact, that they require the cooling power of the frigid Arctic Ocean to cool their reactors and are unable to sail south of Russian waters as a result.

Yamal, the ship, once collided with a supertanker while sailing the Yenisei Gulf. The result? A 31-foot hole in the tanker, no damage to Yamal.

While the seagoing abilities of Ural’s Yamal are clearly a bit of a joke, they do serve to highlight the unique capabilities of the machine. Based on the 2WD gear up and fitted with knobby tires (including a spair mounted on the trunk lid (yes, there’s a trunk)), the Yamal will be capable of travelling places literally no other vehicle could. On it, finding yourself on a patch of thin ice, well out to sea during a spring thaw is realistic possibility, if still a very bad idea.