Looks kinda like a Harley XR1200, right? It's not. That bike makes 85bhp and weighs 573lbs. This bike makes 100bhp and weighs 374lbs. That's because it's a Buell motor, wheels, brakes and suspension housed in a custom steel spine chassis. The Bott XR-1 is going to rip.

The XR-1 is the product of Spain's Bottpower, maker of that impressively intricate steel trellis-framed Moto2 racer and previously a girder front end CBR954RR. The project's been in the works since last year, when a customer commissioned the firm to build him a Buell street tracker.

"Tt took a lot of time to make it, mainly because we did it thinking in building several units, not just one bike," Bott's David Sanchez tells us. "We plan to start selling the kit soon, and we are working on some more special parts and options for this bike." 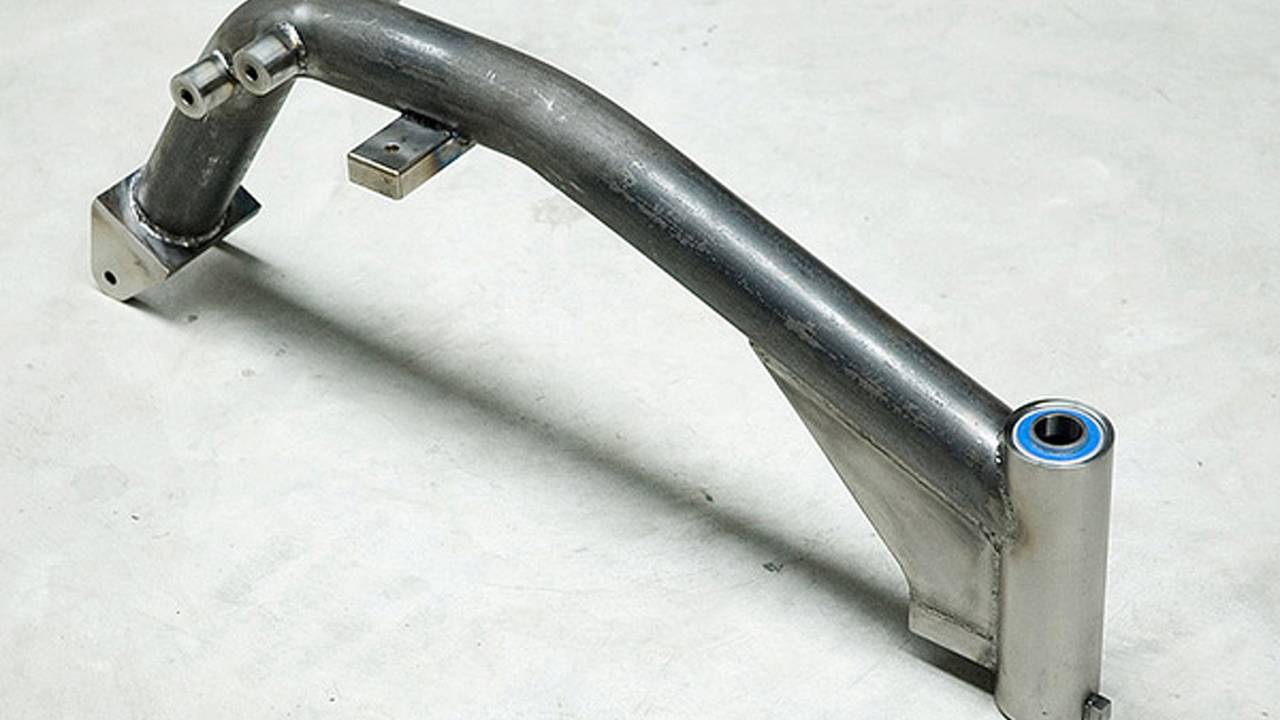 The chassis is impressively simple. Simply a steel tube connecting the swingarm pivot to the head stock. Unlike standard Buell's, the fuel is housed in a traditional tank. 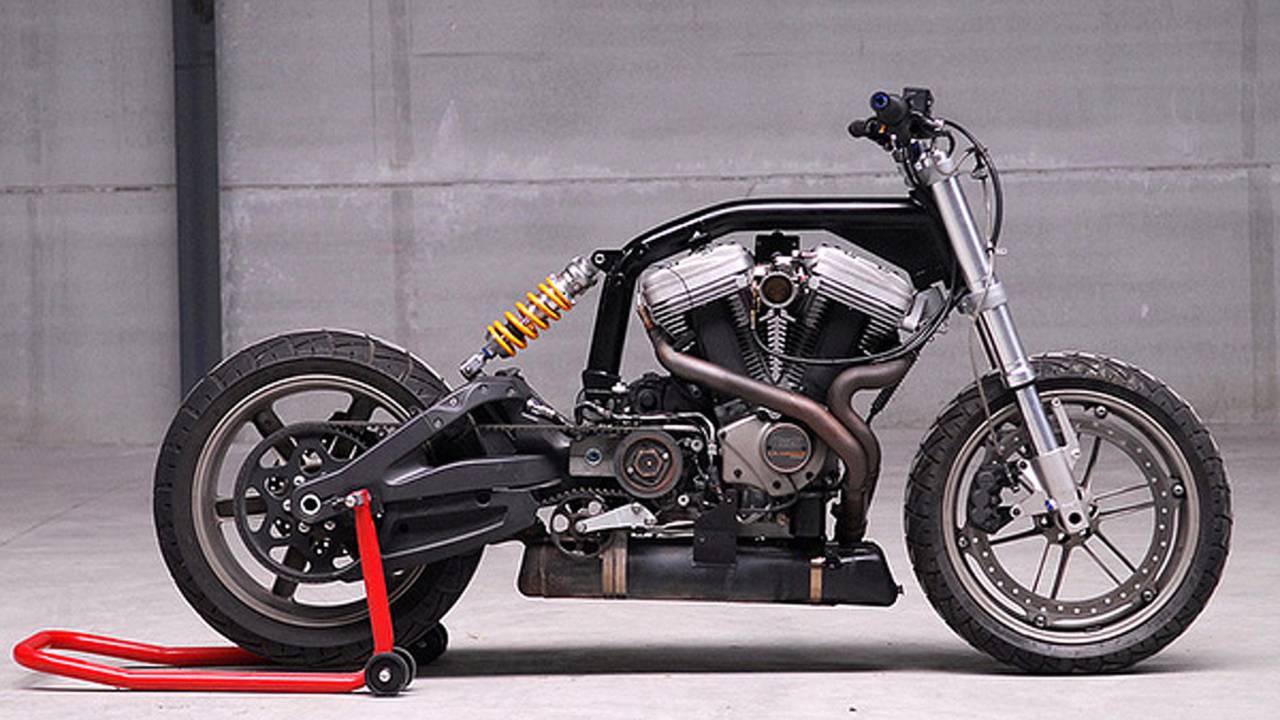 Since the stock swingarm is retained, so is the standard Buell shock position and belt drive. Basically, this thing could quite easily rolled out of the old Buell factory.

"The front fork and 8 pistons brake caliper are from a Buell 1125," explains David. "Front master cylinder and clutch lever are from ISR (including the push buttons). The bike aslo has a Motogadget display, and an Easton handlebar. Rear shock is an Öhlins from the Buell 1125 race kit." 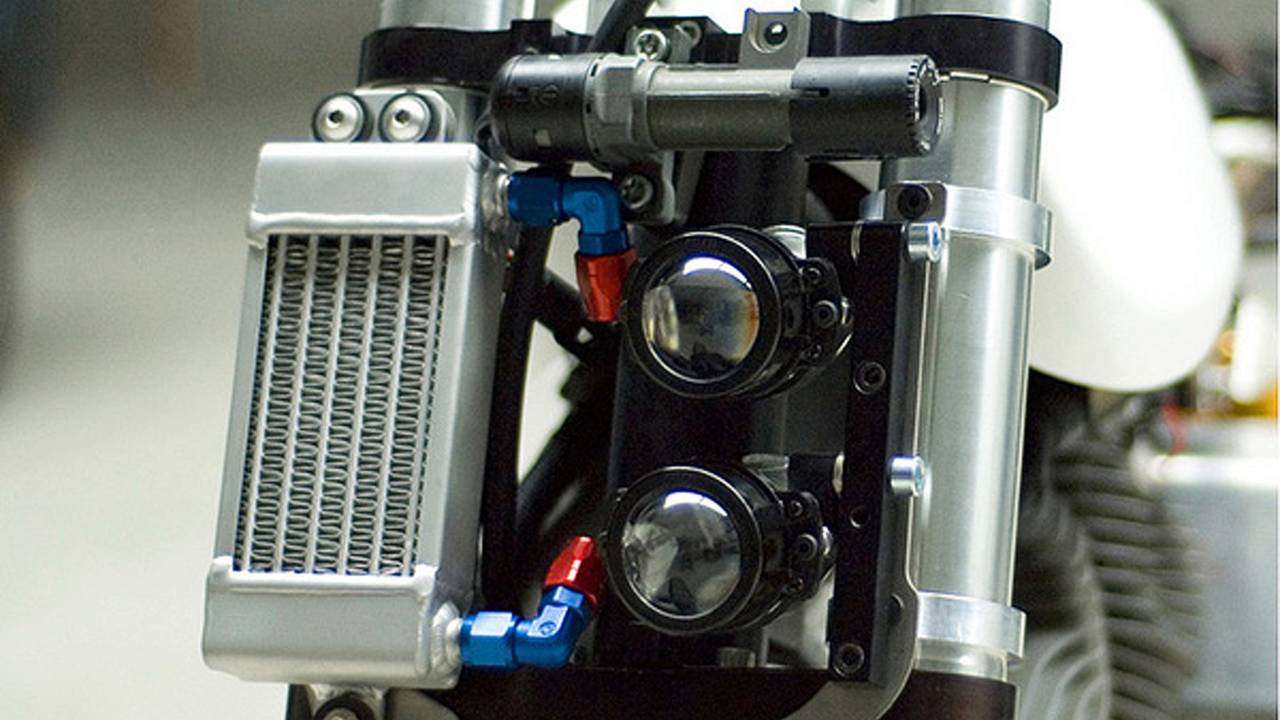 The oil cooler is tucked away behind slats in the carbon number board, next to the dinky projector lamps. 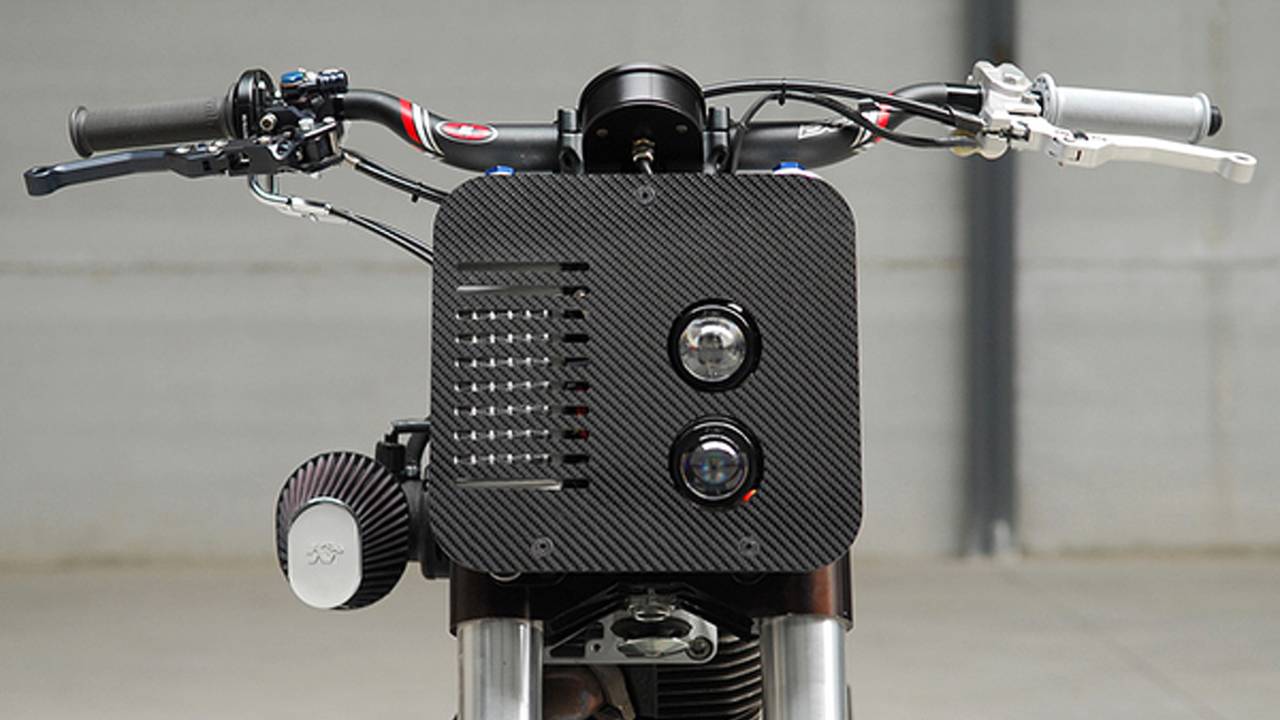 A tidy carbon seat/tail/number board completes the incredibly clean package. It appears to be supported by a small aluminum subframe.