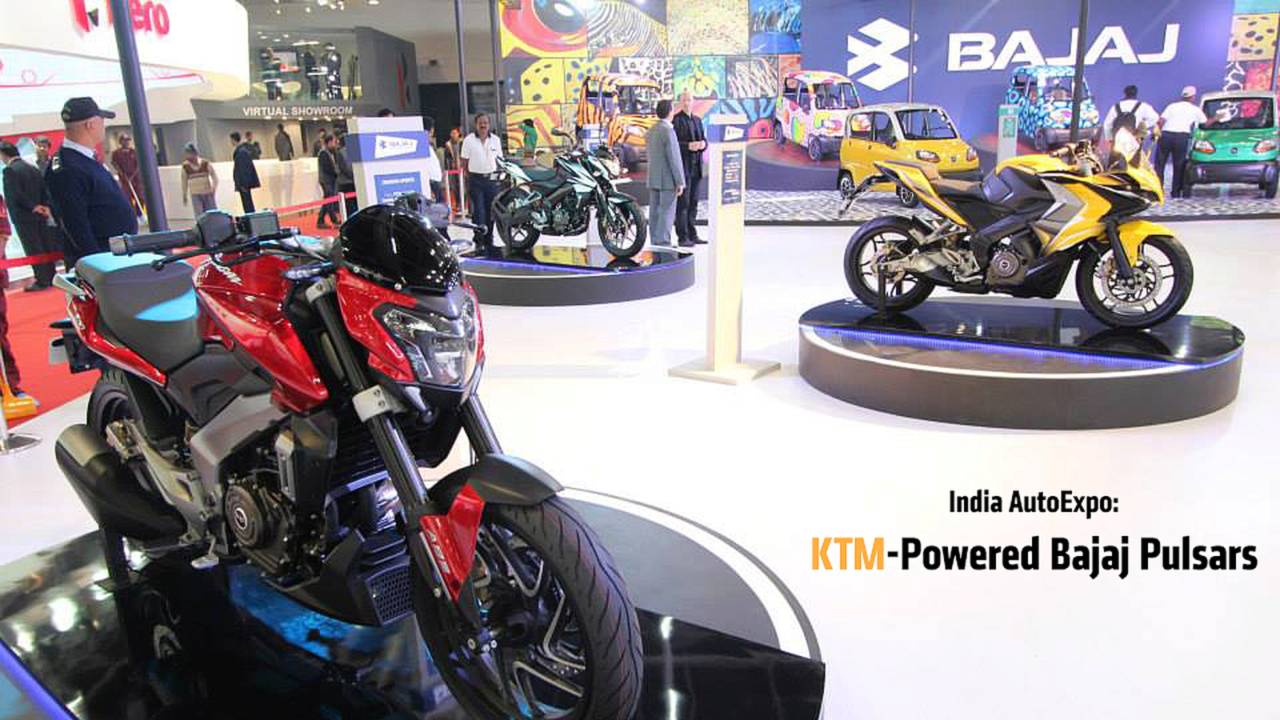 Fancy something different but with a proven KTM engine? Bajaj Auto, has unveiled two Pulsar concept motorcycles, which may go into production.

Fancy something different but with a proven KTM engine? Bajaj Auto, which owns a major share in KTM, has unveiled two concept motorcycles, which may go into production. Both use KTM engines.

The Pulsar CS400 and Pulsar SS400 were shown together for the first time this week at the India Auto Expo being held in Delhi. There were no real surprises; as for the past year there have been several spy shots published of these two bikes being tested.

It was however an unexpected move by Bajaj Auto to reveal the bikes at the Auto Expo. Aside from pulling the cover off the bikes, there were no launch details or technical specifications given for either bike. For the moment, Bajaj Auto is sticking to their story and saying that these bikes are concepts.

Both the SS400 and the CS400 use the same KTM 375cc single and six-speed gearbox that’s offered in the Duke 390 and the RC390. However, Bajaj has designed its own frame and has adapted the KTM engine enhancing it with what it describes as ‘triple spark’ technology.

Ostensibly both bikes are identical, same frame and engine with the Super Sport (SS) getting a fairing and the CS slanted as the naked version. The CS bears a striking resemblance to the existing production Pulsar 200, which also uses a KTM 200 Duke engine.

One difference between the Pulsar SS400 and CS400 is that the faired bike runs Metzeler tires like the KTM 390 Duke but the CS runs a new version of the MRF Revz seen on the smaller 200 Duke. But this may be just for the two concept show bikes.

Bajaj Auto was not giving much else away in Delhi, such as final production specification or a launch dates, but it’s thought ABS will be standard and a digital instrument console with gear indicator will be available on both bikes.