Ducati has released the newest addition to its Scrambler line: The Mach 2.

Unveiled at the recent Wheels and Waves event in Biarritz, France, the Italian manufacturer’s latest Scrambler sports a host of blacked-out parts, a few borrowed elements from existing models, and a stylish paint job that beautifully encapsulates the modern-retro look. All courtesy of legendary designer/builder Roland Sands. The Mach 2 straddles the line between a custom machine and a stock offering, giving riders something unique without going overboard, while still allowing for further modification if desired. 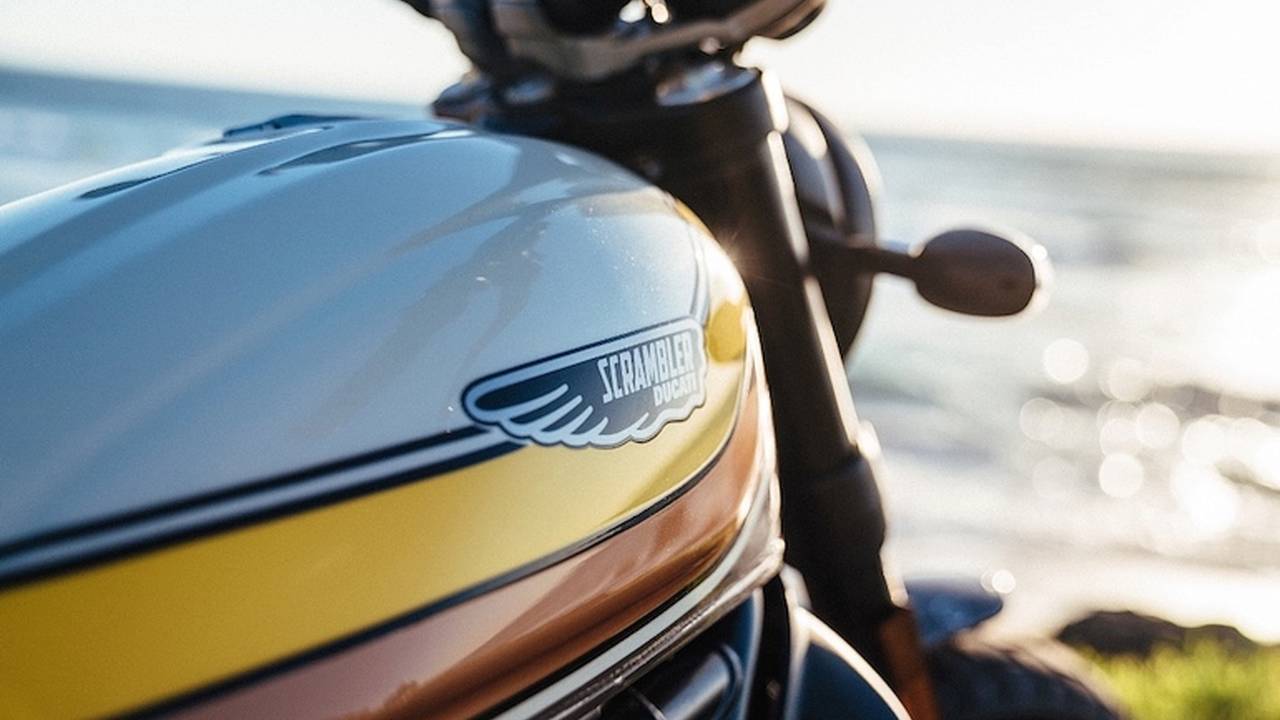 The popular color scheme was borrowed from the Bell Cross Idol helmet, which was part of Ducati’s 2017 Scrambler apparel collection – itself was based on Bell’s iconic Moto3 lid (Life imitating art imitating life imitating art... –Ed). In addition to the new paint scheme on the tank, the Mach 2 also wears subtle RSD (Roland Sands Design) logos on the “custom” painted fender and rear-cowl. Ducati describes the new paint as: “Evoking the world and ambience typical of the West Coast of the 1970s.”

Further separating the Mach 2 from the rest of the Scrambler lineup is a low variable cross-section aluminum handlebar, black exhaust-cover and engine heads, along with the brushed fins from the Cafe Racer model and seat from the Flat Track Pro model. 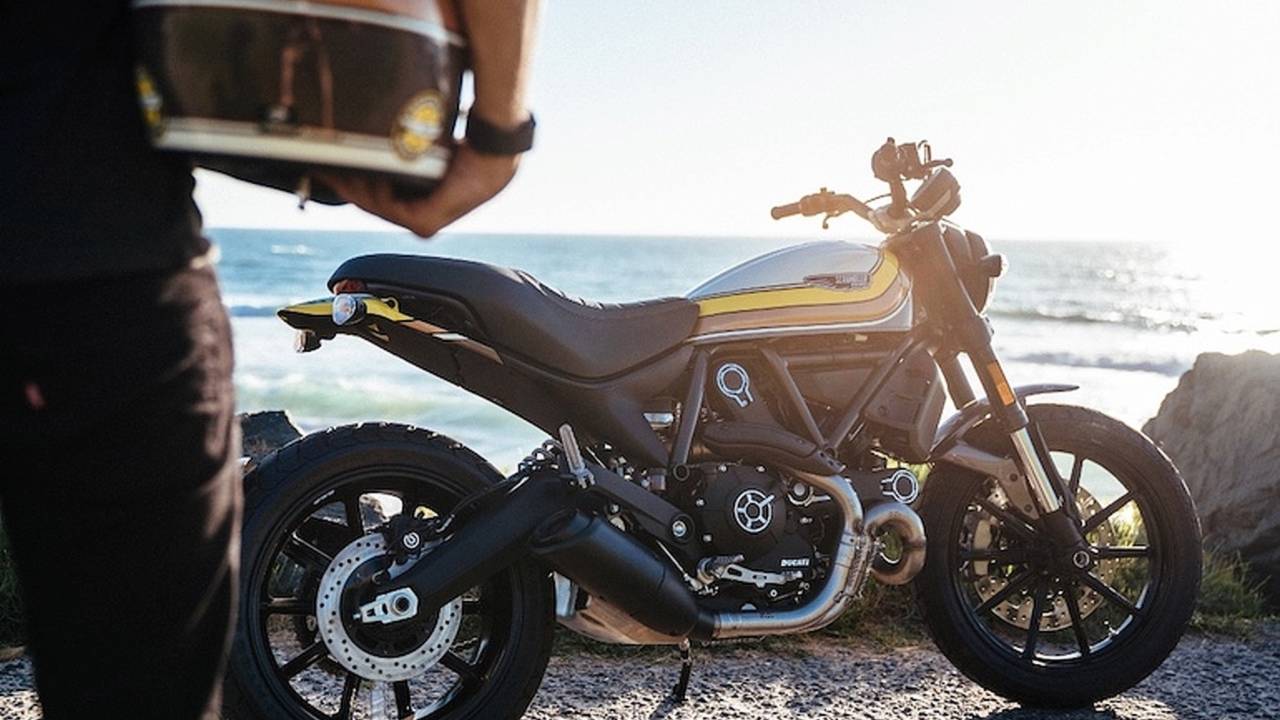 The Mach 2 gets its name from the classic Mach 1 250 model that Ducati produced in 1965, which shared a power plant with the brand's Scrambler 250.

The big question, however, is whether this new Scrambler will be arriving Stateside. We know it will be rolling into UK dealerships in July with a price tag of £8,250 (roughly US $9,250) but we haven't heard back from our North American contacts as to whether folks on the other side of the pond will be able to get their hands on one.

Ducati has released a short promo-video for the new RSD-styled Scrambler though it’s probably not what you’re expecting, albeit it’s a fun little clip nonetheless.