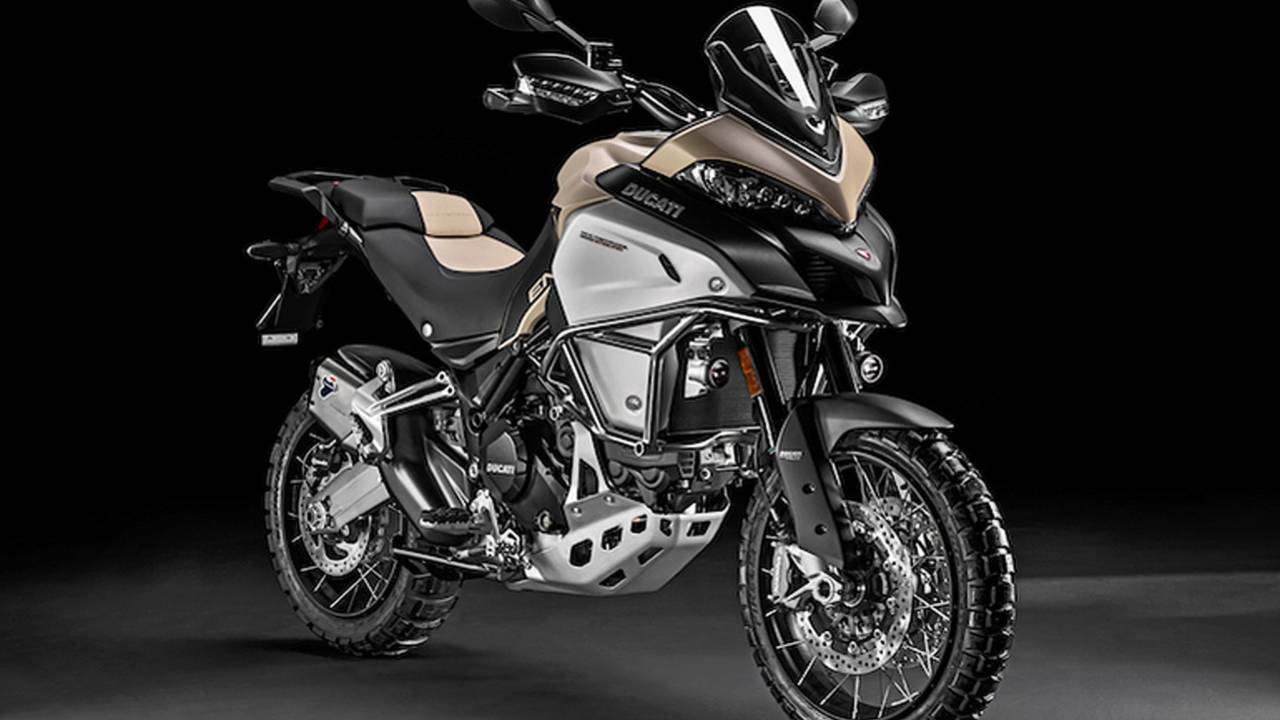 Ducati takes aim at BMW's R12000GS Adventure in the battle for king of the big ADV's with its new pro-spec model.

“The Multistrada 1200 Enduro goes even more globetrotter with the new Pro version," said Ducati in a recent press release. "The trailblazing spirit of the most venturesome Multistrada now reaches new heights thanks to this latest version, designed for riders eager to get off-road and get exploring.”

The bike also sports a host of cosmetic differences to set it apart from the base-model. Starting with an appropriate sand color and matching two-tone seat, the pro-spec then gets a new low wind-screen along with a black rear sub-frame, alternator, and clutch covers. The tank cover and front-end also get a cool rough-surface finish that adds to the rugged character of this machine. The 152hp Testastretta engine with Desmo Variable Timing) is unchanged from the base Multistrada Enduro since Ducati clearly subscribed to the “If it ain’t broke, don’t fix it” philosophy. Understandable with this proven power plant.

It seems that Ducati has delivered an off-road machine that is capable of going up against BMW’s class-leading GS-model adventure bikes. No word is available yet on pricing or availability on the new Multistrada 1200 Enduro Pro, but adventure bike enthusiasts who actually enjoy taking their bikes off road have something to look forward to from the house of Ducati.