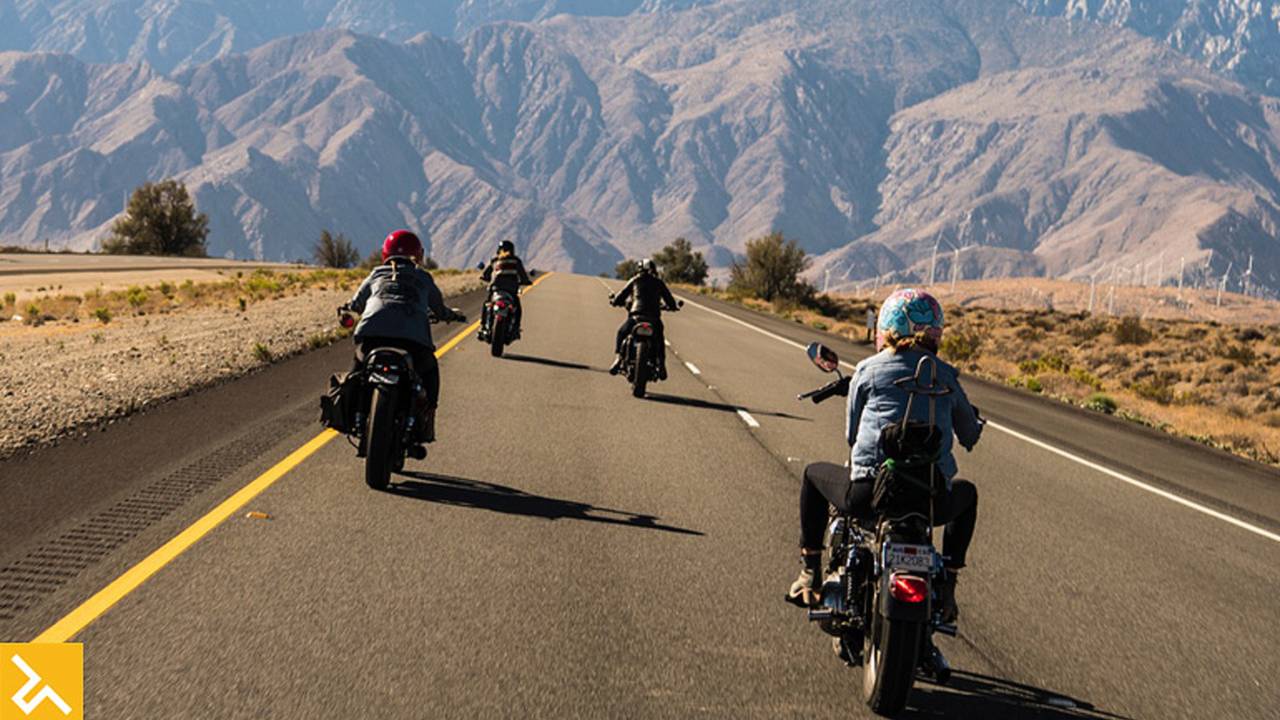 Babes Ride Out is an annual gathering of female motorcycle riders that is taking the world by storm. With events on both coasts of the US and one in UK.

Babes Ride Out is a female motorcycling get-together that has grown exponentially since its inception just three years ago. Tapping into a clearly overlooked market the event has expanded around the globe and is already beginning to affect how motorcycle manufacturers operate. Photographer Yve Assad attended the 2016 event, which took place earlier this fall, and has been kind enough to share her experience with RideApart. Here's her report:

In October, more than 1,600 female motorcyclists from all over the world descended on the California desert to ride, rock, and make friendships they will have for the rest of their lives. Babes Ride Out, an all-women’s motorcycle event held annually in Joshua Tree National Park, was founded by Anya Violet and Ashmore Ellis as a way for female riders to meet each other, ride, and have a good time.

“No Dudes and No ‘Tudes,” were the basic rules established in the beginning.

The event traces its roots to 2013, when Anya and Ashmore casually planned a motorcycle camping weekend in Borrego Springs, in the northeastern corner of California's San Diego County. The two thought it would be fun to see if some of the other lady riders wanted to join. They put up an Instagram post, and, much to their surprise, 50 people showed up – some from as far away as New York.

They knew they were on to something, that this camaraderie was something the female motorcycle community wanted and needed. The next year they found a place that could accommodate more people, and it grew from there.

"I still can’t believe it has expanded to what it is today," Ashmore says. "If you were to tell us this would be an event that attracted 1,600 women from all over the world, who genuinely love motos, in three short years – that we’d do an event in the UK, and expand to the East Coast – I would have thought you were insane."

Over the past few years, women in motorcycling has grown exponentially, due in large part to the visions of people like Anya and Ashmore. As a female rider, I had never before witnessed that many women on bikes at once - it was a special sight to see. Not to mention: I met some really great new friends.

Cruising through some of California’s most beautiful terrain by day, and camping under the stars at night, with a wonderfully diverse group of ladies there to celebrate life on two wheels – it’s not to be missed. Check out the roster of events for 2017 at www.babesrideout.com.

Below is a gallery of the additional images from the 2016 Babes Ride Out. Make sure to let us know what you think. If you happened to be there, feel free to chime in and let us know how it went for you.

Babes Ride Out 2016 attendees were rolling into camp throughoutthe weekend. The bikes these ladies rode were as diverse as the riders themself.

Once the crowd was situated, the camps were set up and the buzz from the ride faded away, it was time to let their hair down and have a little fun.

Camping conditions were primitive, which makes it that much more fun. Hundreds of tents popped out across the venue as these ladies set their minds on enjoying the free wheeling fun that Babes Ride Out is all about.

As Babes Ride Out 2016 wound down it was time for the ladies to rflect on this amaizng event. Many would rather have stayed, but all of them headed home eventually.