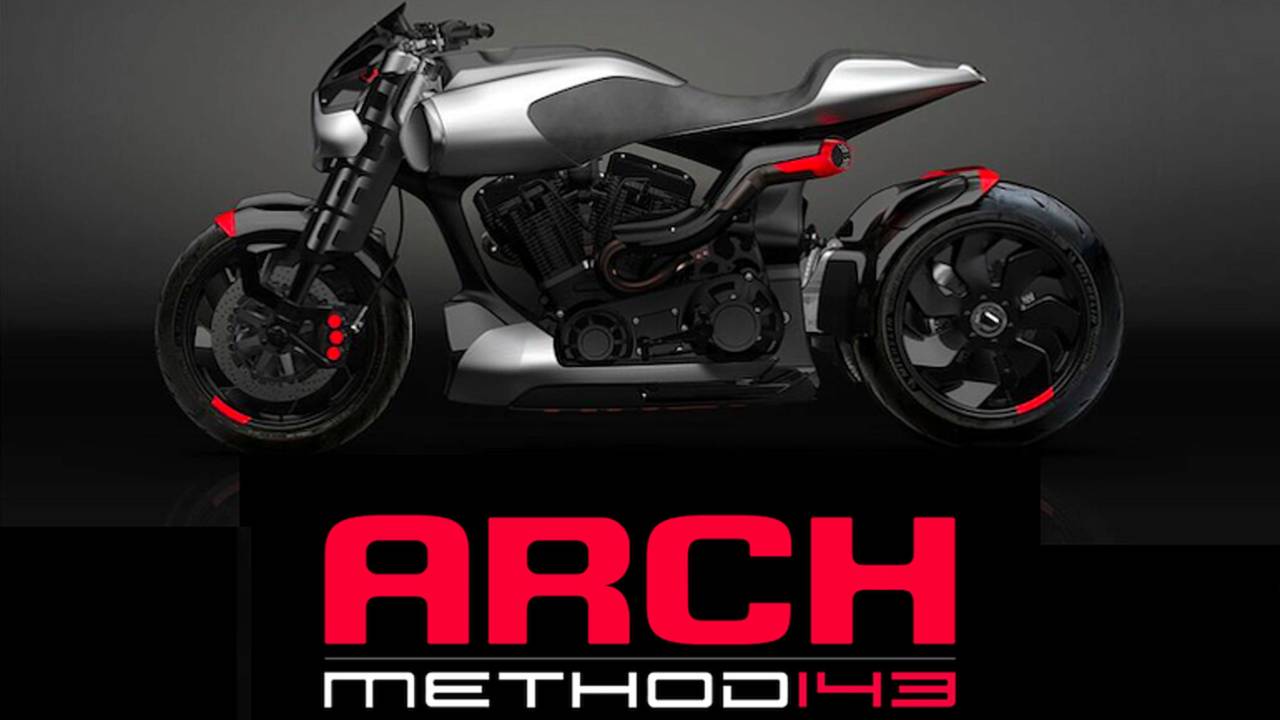 Arch Motorcycle Company – the high-end boutique bike maker owned by Keanu Reeves and Gard Hollinger – debuted three breathtaking new bikes at EICMA 2017 Last week. With Neo himself on hand for the unveiling, Arch pulled the covers off the 2018 KRGT-1, the all-new Arch 1s, and the extremely sexy METHOD 143 prototype.

The KGRT-1 and 1s share Arch's massive 124-cubic inch, S&S-sourced V-twin mill, while the METHOD 143 gets an even bigger 143-cubic inch (get it?) engine. All Arch bikes feature Ohlins suspension bits, BST wheels, and numerous hand-built bespoke parts. Not content to build its bikes from plebeian materials like other, lesser marques, Arch motorcycles feature copious amounts of carbon fiber, titanium, and CNC machined aluminum in their construction.

Arch's flagship KRGT-1 received several key updates for 2018, including upgraded brakes with optional ABS and updated front suspension. The new KRGT-1 is now Euro 4 compliant as well, which gives Arch the option of selling overseas. Seeing as how the exclusive KRGT-1s are hand-built to individual specifications and marketed toward a more well-heeled demographic, expansion into foreign markets should be a real shot in the arm for the small company.

The Arch 1s is the company’s second production model, and is a more sport-oriented bike than the KRGT-1. It has a sportier, more aggressive riding position, mid-controls, more aerodynamic bodywork, a single-sided swingarm – a first for Arch – and a unique up-swept exhaust. Like its older sibling, the 1s is Euro 4 compliant, has optional ABS brakes, and is loaded down with carbon fiber and milled aluminum.

The Arch METHOD 143 prototype is a forward thinking, innovative, and boundary pushing design. Built primarily of carbon fiber, this futuristic-looking machine is built around a trick mono-cell chassis and features a bespoke smartphone dash display, proprietary Ohlins FGRT series front fork with carbon fiber air-foil, a titanium/carbon fiber exhaust by SC Projects, turbine-style wheels made for Arch by BST, and a single-sided swingarm. Like the KRGT-1 and 1s, the METHOD 143 is Euro 4 compliant and can be had with ABS. Production of the METHOD 143 is limited to 23 units, so you'll need to act fast if you're interested.

The crew at Arch hasn't released any details regarding pricing or availability for the new bikes, they're saving that info for next year. You can rest assured that they'll be eye-wateringly expensive though – current KGRT-1 bikes start at around $80,000. Are they worth it? It's hard to say, but if you have that kind of money weighing down your wallet, you could do worse than a powerful, hand-crafted motorcycle built to your exact specifications by one of the coolest guys in Hollywood.