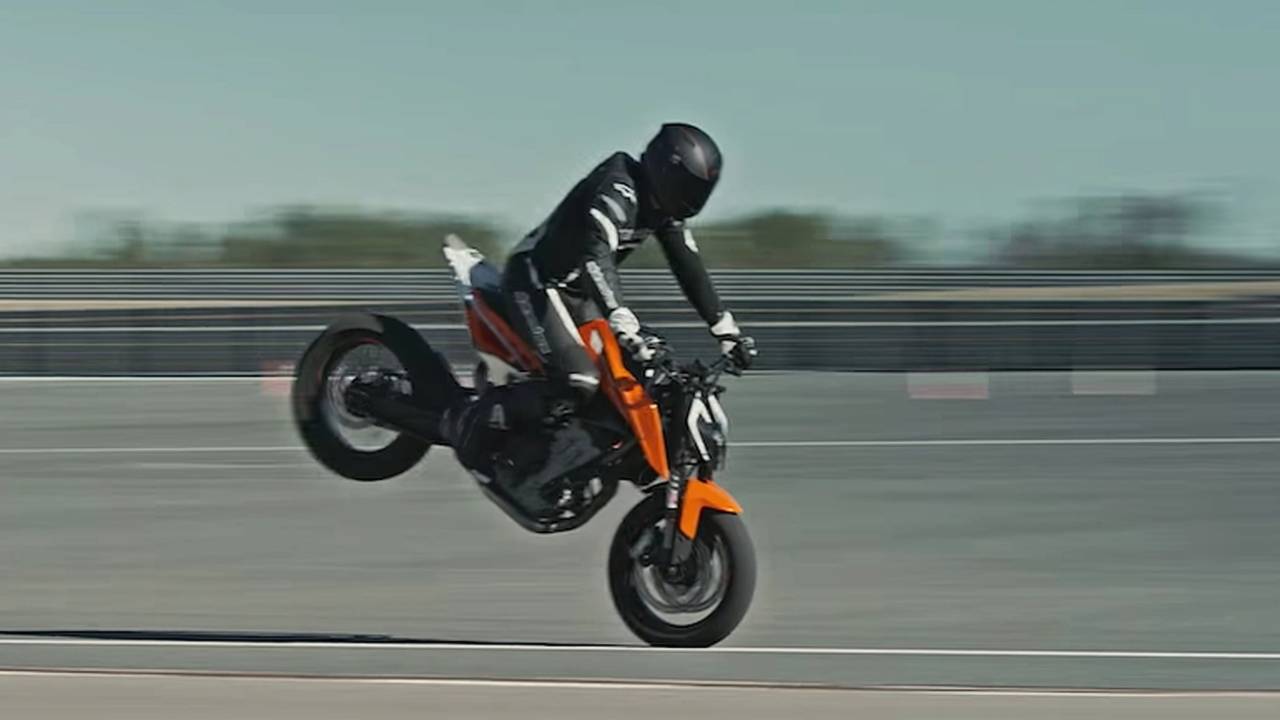 A video showing the KTM 790 Duke in all its unapologetically impractical glory.

It’s possible you’ve already seen this video; if not, you’re in for a treat. This is a look at the “prototype” KTM 790 Duke, which was unveiled to journalists late last year at the EICMA show in Milan.

I was at the show and if memory serves me correctly (which it rarely does) this is the same footage we saw there. So, if you’ve ever wondered what it’s like to be a real-life moto-journalist, you can get a sense of my life by watching this video while standing in a crowd of people – the volume cranked to ear-bleed levels. For a truly authentic experience, try to find a Japanese photographer to elbow you in the face.

Nah, far better to salivate over this machine from the privacy of your own device.

One of the things I love about the 790 Duke is that it is unapologetically impractical. It’s loud, it’s compact, and it appears not to like having both wheels make contact with the road. You won’t be choosing this thing for your commute to work.

Instead, this is the sort of machine that will put you on a first-name basis with various members of the law-enforcement community; little old ladies will be writing fervent letters to the newspaper to complain about Kids These Days; your father will give you a stern talking-to. But you won’t give a damn.

As the sort of person who generally prefers cruisers, retros, and touring bikes, this thing is a fair distance from my own comfort zone. And I can’t wait to throw a leg over it...