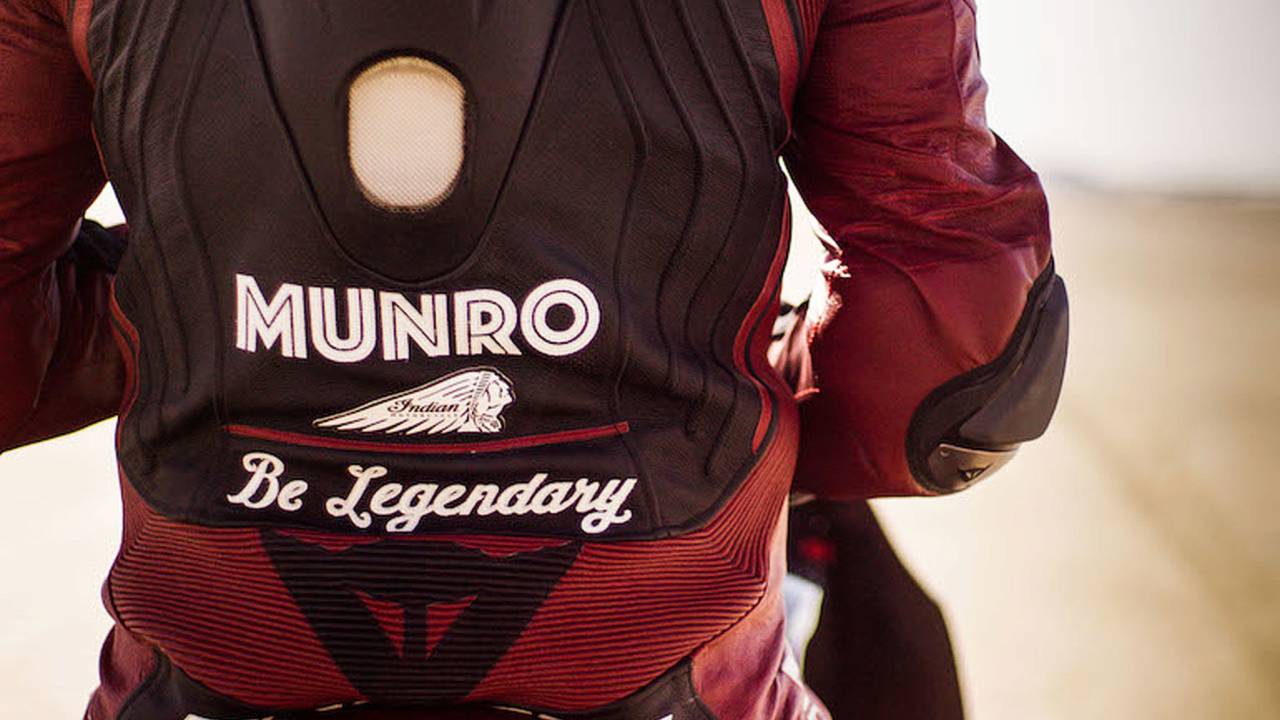 Indian Motorcycle has been preparing for the upcoming Bonneville Speed Week with runs at California’s El Mirage dry lake.

“When you’re breaking records during test runs, you know your machine is on point. Our team of engineers has done an incredible job on the Spirit of Munro commemorative Scout,” said Gary Gray, vice president of product development for Indian Motorcycle. “Running within a different class has allowed Lee to truly honor his great uncle Burt. As Burt’s record still stands, Lee now joins Burt within the record book.”

First among the three Indian riders was Chet Michaelson, engine calibration technician at Indian Motorcycle. In the M-PG (Modified-Pushrod Gasoline) 2000cc class, riding a 2015 Indian Chief Classic, Chet eclipsed the record of 151 mph with a speed of 154.132 mph.

Lee Munro, aboard the Spirit of Munro 50th anniversary 2017 Indian Scout, competed in the MPS-G (Modified Partial Streamliner) 1350cc class. Lee needed to exceed 167 mph for a new record. After completing his rookie runs during the May meet at El Mirage, Lee recorded a speed of 186.681 mph.

The third and final Indian rider was Dan Gervais, senior engine calibration technician at Indian Motorcycle. Dan was competing in the M-G (Modified-Gasoline) 1350cc class with a lightly modified 2015 Indian Scout. Dan’s speed of 154.354 mph edged out the 153 mph record and gave Indian its third record of the day.

On August 12 and 13, Munro will pilot the modern Indian Scout with a powertrain modified by the Indian Motorcycle engineering team. The attempt will purposely not break Burt’s record but instead will honor his storied legacy in the world of motorcycling. RideApart contributors Kyra Sacdalan and Justin Coffey will be there to cover the event.