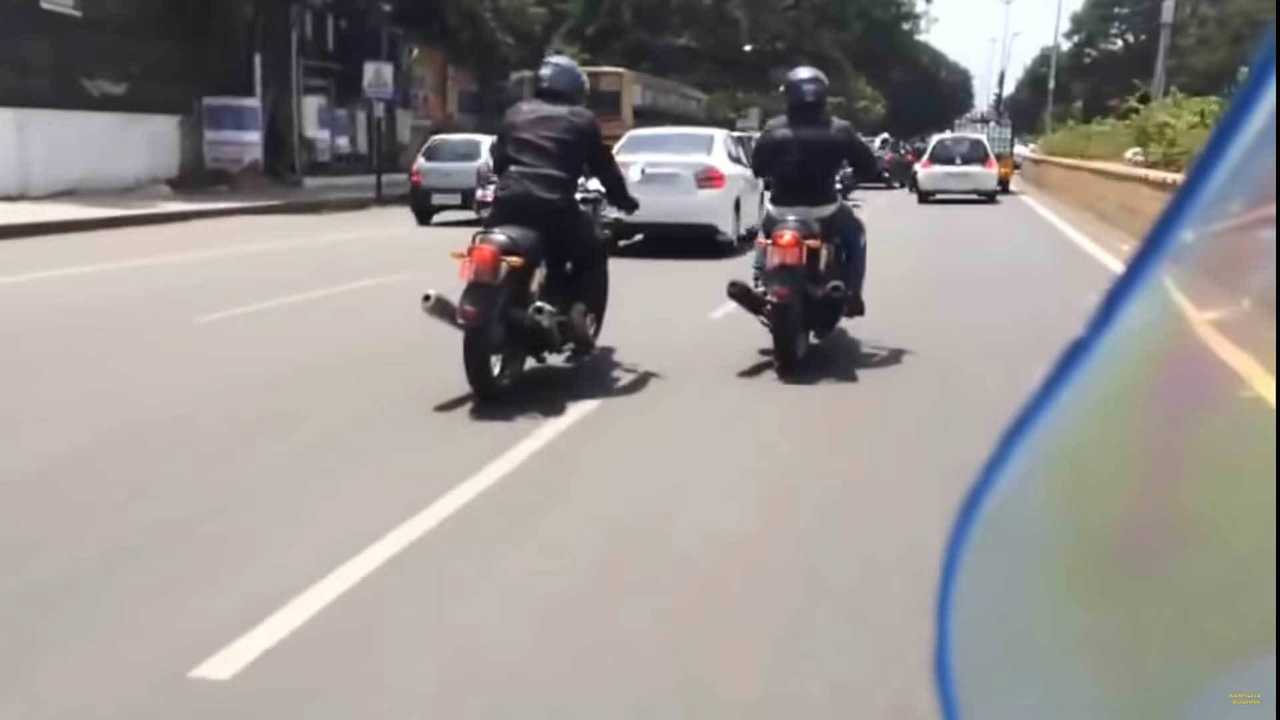 GoPro style video of the long-awaited new Royal Enfield 650s reveals the sound of the all-new mill zipping away in Chennai traffic.

Royal Enfield Interceptor and Continental GT 650 models might be the biggest small story of the summer. Tantalizing demos and photos that circulated at EICMA last winter got a glowing reception, and interest in the new big Enfields has grown ever since. Now we have a Youtube video to catch the bike in action.

The video shows a pair of prototype 650s escorted by the more usual 500cc single Bullet. You can, however, hear the roar of the 270-degree parallel twin in full song. Not much detail here, but I very much like the small tailight and signals which, of course, will be "non DOT" in this country.

For America, a 650 is pretty small and falls into the so-called beginner range. As a "beginner bike", the new Enfield 650s could offer an alternative the the Harley-Davidson Street and Sportster lines while giving similar performance, lighter weight, and some nice retro styling cues.

The big Enfields also come with modern conveniences of a new bike like a slipper clutch, ABS braking, and fuel injection, all at a cost comparable to many low mileage used bikes. Cost estimates are running 3.5 Rs Lakhs, which converts to around $5,500 here in The States. Once federalized, I would expect the real cost to Americans to hit $6,500. This makes a tasty option for first timers and marks Enfields big bet on the long neglected "standard"  bike market.

Since Kawasaki  sadly pulled the plug the unique bevel-drive W800, and Triumph has bumped their Bonneville up to 1200cc, R-E could potentially own the midsize standard market.