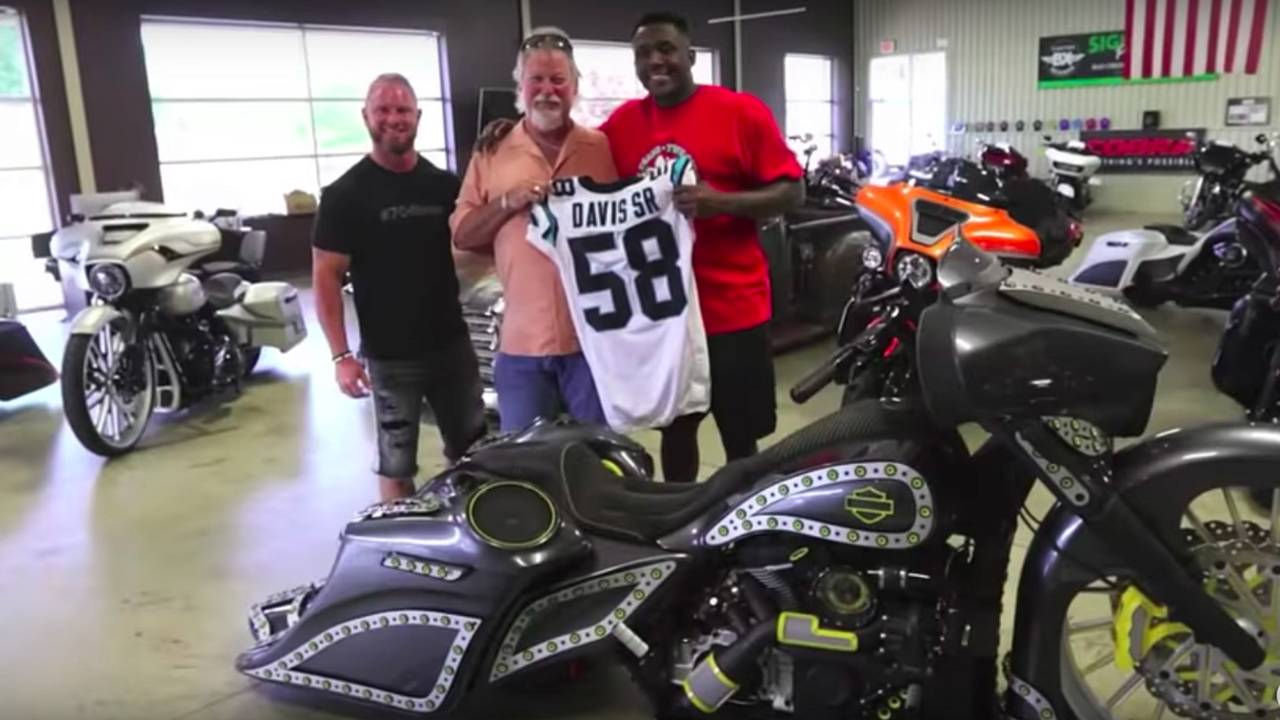 A lucky winner takes home a custom $100k Harley-Davidson after buying a raffle ticket for a charity; good karma payback can be pretty sweet.

Buying raffle tickets for a charity is a good deed, but taking home the grand prize is some sweet karma payback

Supporting a good cause and winning a custom motorcycle in the process sounds like a win-win situation. For example, Greenville, South Carolina, resident Brian Ballard’s act of kindness rewarded him with a handshake from a football star and a ride home with a shiny new Harley-Davidson.

Ballard didn’t know how big he would win when he bought a raffle ticket from custom bike shop The Bike Exchange. The shop had partnered with Carolina Panthers’ pro linebacker Thomas Davis’ Defending Dream Foundation, selling raffle tickets to profit the foundation in exchange for a chance to win a custom H-D.

SOME SWEET H-D CUSTOM: Blue Edition is a Near $2M Harley Softail Slim

The proceeds from the sale of tickets all went to support Davis' cause that aims to help underprivileged kids in the area. Little did Ballard know that his ticket number 219 was going to earn him a new bike.

The drawing to determine the winner took place on May 19th, 2018, during Bike Week in Myrtle Beach, South Carolina. Ballard explained that he kept checking the event’s Facebook page expecting to see the name of the raffle winner announced, but after a few days of checking he thought it was a little weird that the winner wasn’t showing up anywhere. Things got even weirder when he received a call from someone at The Bike Exchange, people he hadn’t talked to since he had bought his own custom bike from the shop the year before.

That’s when he learned he was now the owner of a $100,000 custom 2017 Harley-Davidson Street Glide. The unique bike had been fitted with, among other things, a 30-inch front wheel and close to $20,000 in audio equipment.

Davis himself was at The Bike Exchange to welcome Ballard on June 25, where the winner received the keys to his new H-D. Including the bike, Ballard also received a signed Panthers jersey and two ballcaps from Davis. What started off as a good deed turned into a major payoff.