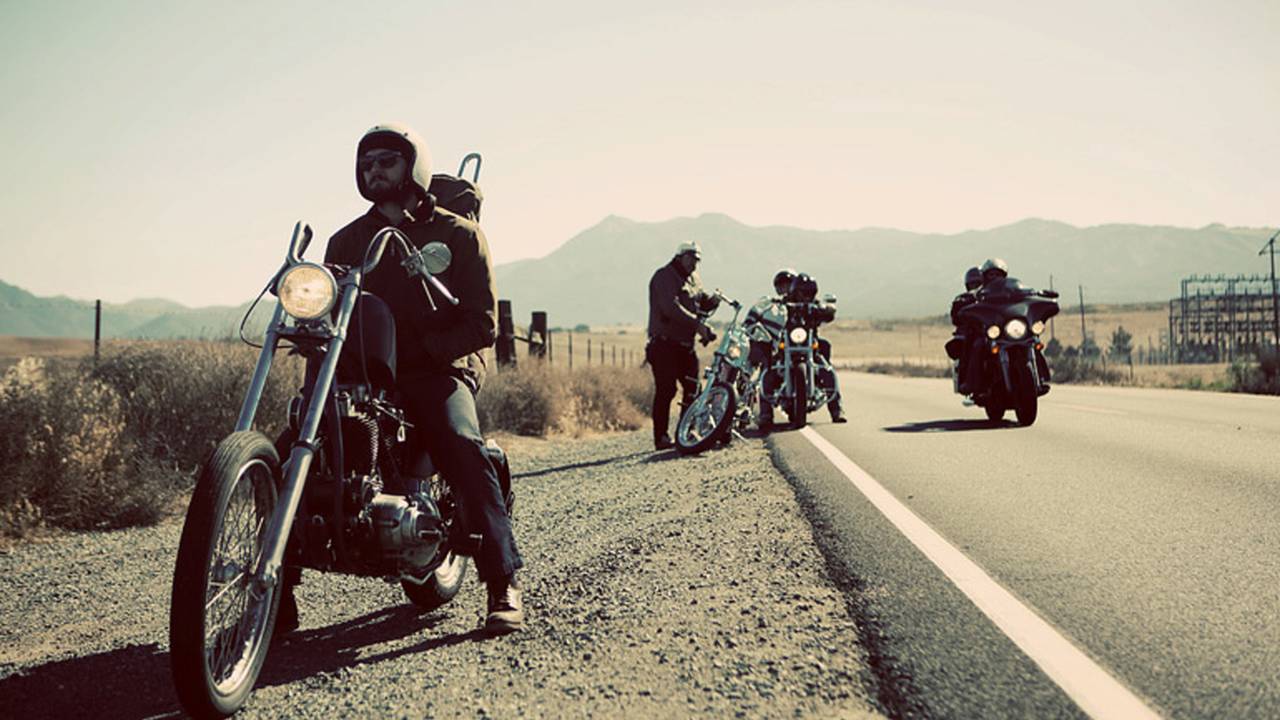 Recap, pictures, and video from the biggest El Diablo Run to date...photos give the impression it’s just one big filthy frat-party. Surely, that is part...

Well, that was the biggest El Diablo Run to date. Thanks to all those who came from as far as Argentina (accidentally ending up on the EDR), Australia, a big group from the East Coast and all over other parts of America and Canada.

I didn’t believe the Facebook events page when 800 people swore they were coming. But the crowd was bigger than ever before—somewhere around 500 people. With attendance this high, I was worried that it would lose some of the original spirit, but that anxiety proved unfounded. If anything, the added bodies made the whole thing feel more festive and interesting.

There was zero shortage of neat, modified motorcycles. From custom Sportsters to scratch-built panheads, it was easy to find cool bikes to gawk at. The road conditions were the best they’ve ever been and the weather really couldn’t have been more perfect. Despite a lack of gnarly pot holes, there were still a half-dozen flats and plenty of maintenance and repairs going on under palapas.

Our chase truck was filled to capacity when it crossed the border on Monday. With larger numbers, the field games were more fun since we had more participants and spectators. Adding a PA system and publishing the schedule of events helped things run a little smoother, and McGoo did an awesome job of running the mic and keeping things on track.

The new starting line for the Circulo de la Muerte was insane, and the racing was tight and exciting right up until the finish. I’m still bummed that I bobbled in that sandy first turn and stalled my bike, but as they say: That’s racin’!

I think we’ll require helmets during practice from now on after a near death experience nearly claimed Adam’s (@hairmetalgreaser) life. That bastard is tough as nails and he unbelievably went right into the Coctagon after being released from the hospital. That battle royal was off the hook, and we had our first real Coctagon injury when Carl from LA separated his bicep. Gruesome as it was, he sucked it up and we helped get him to Ensenada and the border as soon as possible the next day. 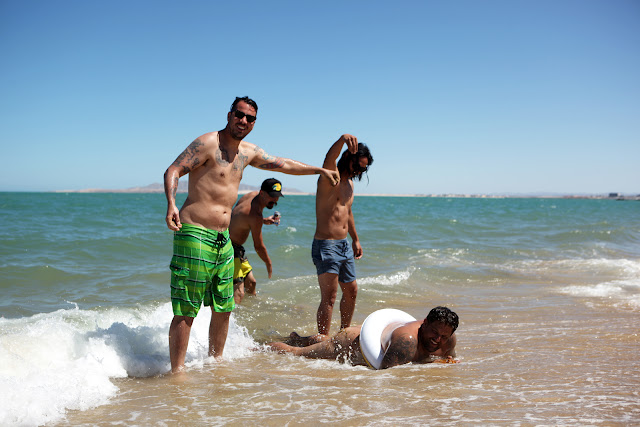 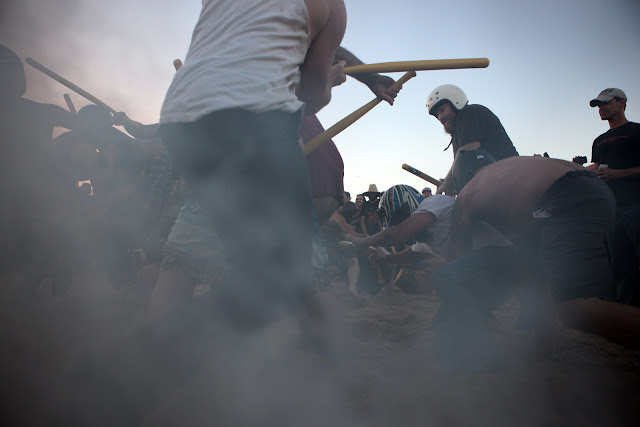 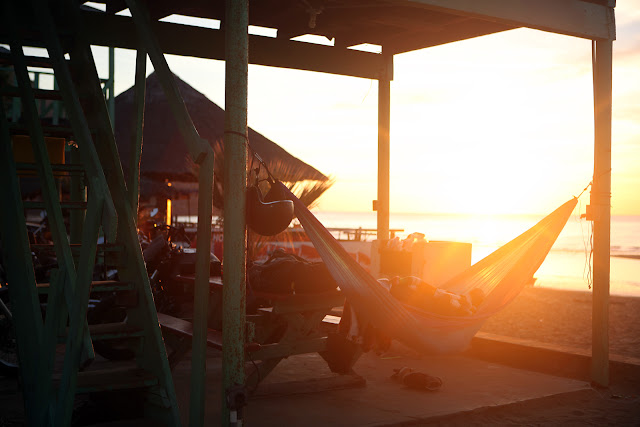 Sometimes the photos of this event give the impression that it’s just one big filthy frat-party. Surely, that is part of it, but it’s not the whole thing. The monotonous stretches of brutal highway help to enforce that requirement of self-reliance, and the act of helping people out along the way builds camaraderie that’s impossible to duplicate any other way. It’s a great feeling when you can give someone the part, tool, or knowledge they need to make it the rest of the way. Handing someone your spare inner tube to get them back on the road doesn’t make a great Insatgram photo, but it sure makes that other dude’s day better.

Sure, the partying is real and nothing makes a person thirsty like a long ride through the dusty and strange landscape that ends at a beach where you sleep under the stars (or skyrockets as the case may be), but even our sober friends had a blast. 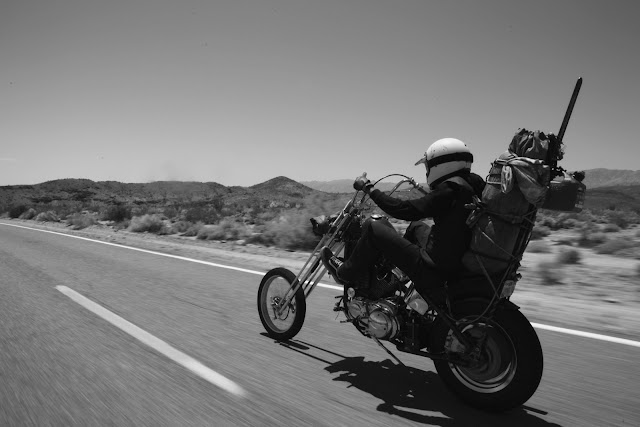 < The ride to Ensenada claimed a couple more bikes, but seemed less eventful than usual with the road being in slightly better condition than previous years. Once in Ensenada, the bikes poured into the parking lot at the Villa Marina and the scale of the crowd became quickly apparent.

Our host JC from Baja Voyager worked his ass off making sure there was music and cold adult beverages at every turn, and the cool weather was a welcome change. This part of the trip is always a nice contrast to the Sea of Cortez side the peninsula; cooler weather, hot showers and a real bed, insane strip clubs, and plenty of cops. We sold some shirts, handed out the little rocker patches and worked on bikes, just like every year before.

McGoo, as always, delivered succinct speeches as he handed out the three simple awards, and it was a wrap. Riding home the next day almost seemed easy and the whole time I was already thinking about the next one in 2017. With a few tweaks, we can try to make it a little better without changing the original vibe or intent. We’ll see you and your time machines in two years, Amigos! 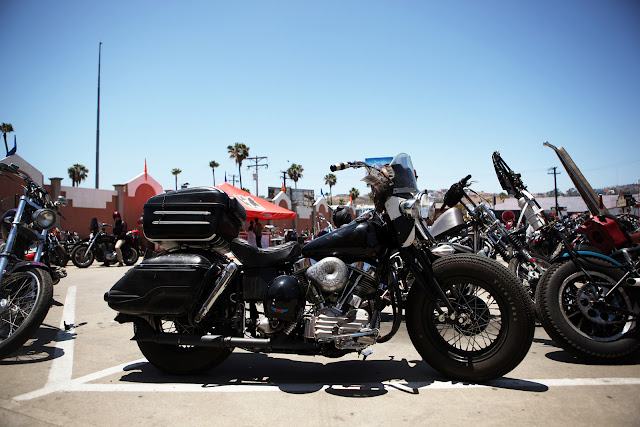 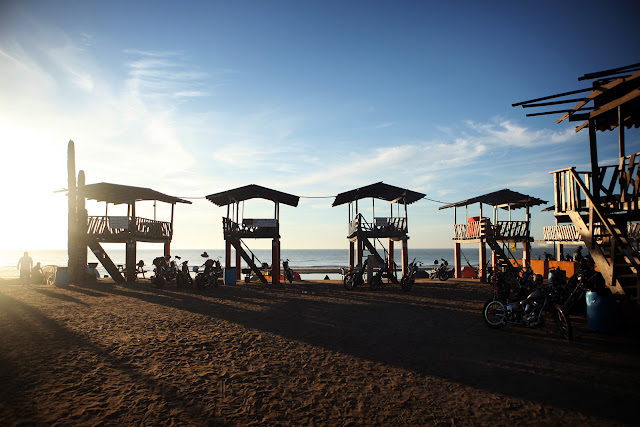 Thanks to Geoff Kowalchuk @twofoursixer and our buddies at Ivester Creative @stewivester & @sheldo117 for shooting stills and video. We’re editing the video now, and will put it up on our YouTube channel as soon as it’s done. This year was such a banger that it’s gonna be around 15-20 minutes long. Sometime over the summer, we are going to print a low volume of some high-quality, hard-bound photo books using Geoff’s images. The books won’t be cheap, but they will be memorable and should be a trip to look through again in twenty years or so. Also, thanks to our perennial chase-truck driver, Matt Frick. Matt is starting an off road expedition called Camp4Lo, so if you are interested in exploring northern Baja in a Jeep or other 4x4, hit him up here.

Thanks to our hosts in San Felipe and Ensenada: Kiki’s and Rubens Campos and Baja Voyager.

Best Bike: Rohan from Hungary. Anyone got contact info on him?Photos on this blog post: Geoff KowalchukHashtags to check out on Instagram: #edr6 #eldiablorun #edr2015 #eldiablorun2015