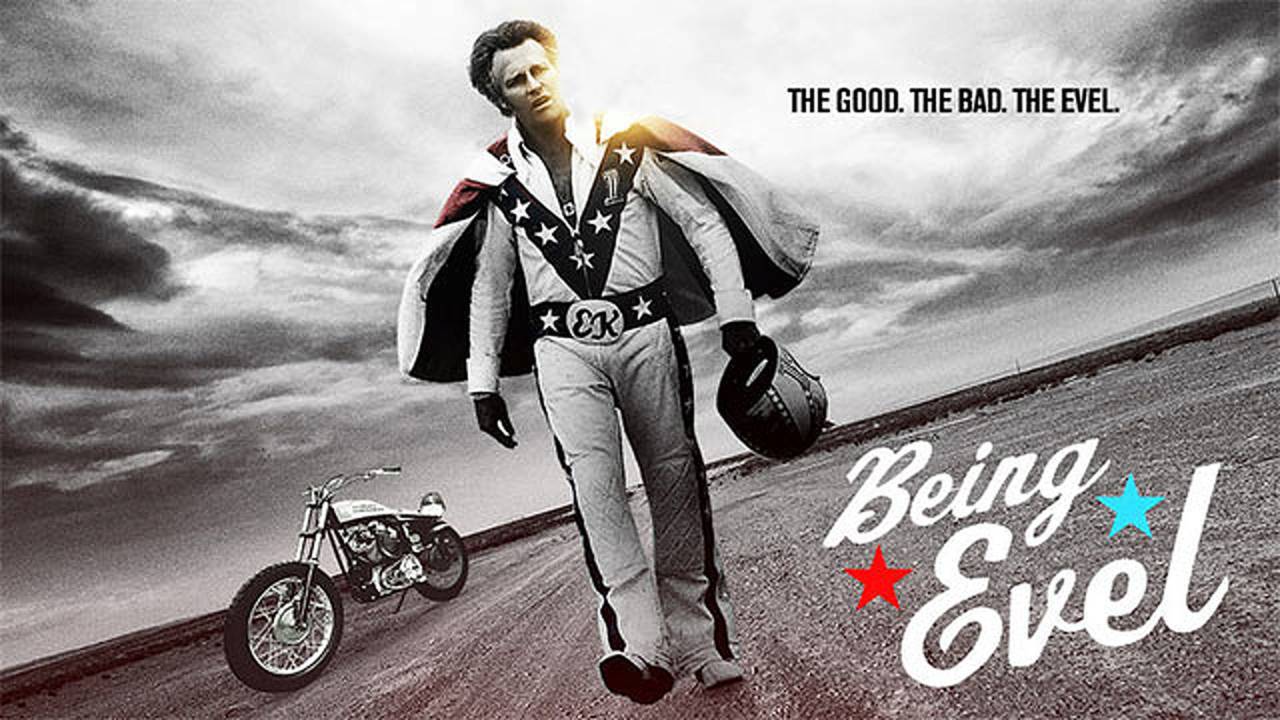 My parents gave me a gift from their trip to Daytona Bike week in 1998: A map Daytona Beach, Florida. I was disappointed and perplexed as a kid could be—I thought this was some evil prank my parents had pulled. This sentiment dissipated once I unfolded the map, which revealed some scrambled words in black marker. It was Evel Knievel's autograph. Leaving their hotel one morning, my dad spotted him leaving the lobby and all he had was a map and marker in his hands.

I wasn't born until the later half of the '80s, but I still had the Evel Knievel lunch box. I loved watching Knievel's old stunts and listening to my dad tell me stories of seeing such stunts in person. But Robert 'Evel' Knievel, had a more complicated life than people remember—from breaking bones, to serving jail time and being called a conman.

Dickhouse Productions, the guys who made Jackass and Bad Grandpa, have gotten together to make this Evel Knievel documentary. After the recent Hollywood premier, the movie has received good reviews, calling it a well planned and researched documentary that shows the honest story of Evel Knievel.

READ MORE: The 5 Motorcycle Games that Inspired Me

"A savvy documentary that gives the granddaddy of extreme sports his due while gauging the national climate that welcomed his shrewdly timed arrival." - Michael Rechtshaffen, Los Angeles Times. Watch the trailer below.