The 5 Motorcycle Games that Inspired Me 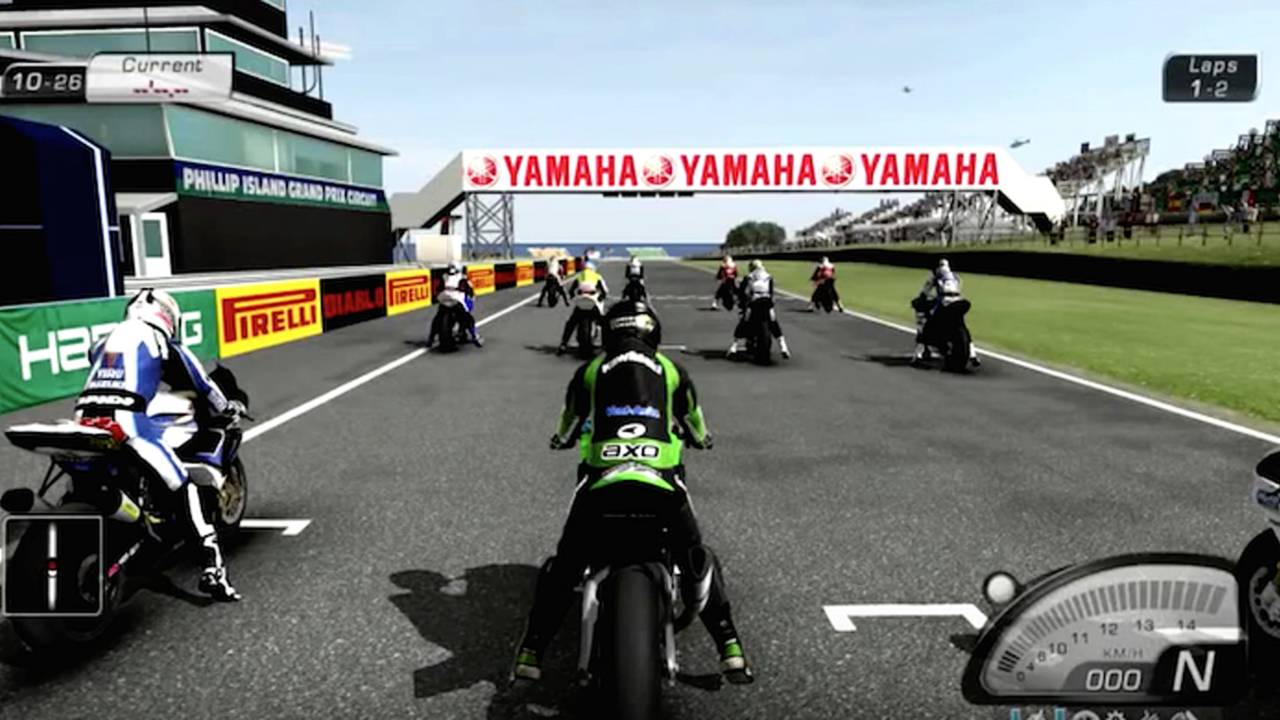 These 5 motorcycle games inspired us as gamers, as riders, and as fans of motorcycles. What games do you enjoy?

I'm getting older. I have kids, a dog, a wife, a job, and somewhere in between all that, a life. I still play video games. I love them—the fun, the adventure, the thought and the tenacity some games take to beat. When I was younger, I read books voraciously. The local library knew me so well I could keep books longer, got the first crack at new books, and had free run of the place. Then came video games. My imagination on screen, ready to do whatever my fingers could muster with a few buttons and patience. Right around this same time, my affinity for these two wheeled machines we call motorcycles blossomed. I wanted fast cars, fast bikes, and well, eventually women. When you are under the age of 10 these are all pretty out of touch.

These are the best 5 motorcycle games - in no particular order - that meant the most to me. Hopefully, you will add more below and maybe we can all discover some we didn't know about.

Official tagline: "Experience the true essence of motorcycle racing in Tourist Trophy, the real riding simulator. With unrivaled physics and graphics, the developers of the best-selling Gran Turismo™ franchise have captured the fluid movement of man and machine, featuring perfected handling and rider perspective. Ride on more than 35 courses and more than 100 sport bikes from more than a dozen manufacturers, including Honda, Kawasaki, BMW Motorrad, and Ducati."

This list may be in no particular order, but this is the pinnacle of all motorcycle racing games. Not before—and not since—its release has any game given so much to riders and game players in terms of immersion and simulation of real motorcycles and real riding. Published by SCEA, and played to this day by gamers, there is only one benchmark in this genre.

If Tourist Trophy was the ultimate simulator and the benchmark for "real" riding then Road Rash is its ugly cousin. The goal was to win by smashing and dismounting your competitors; two lanes, no rules, and one goal—win at all costs.

This is the template for just about every App store game you can buy. Excite bike came out for the NES in 1986, and it's one of the coolest and iconic motorcycle video games—side scrolling mayhem where obstacle avoidance was as necessary as hitting the jumps correctly. Without the success of this game we may not of had any motorcycle games for years to come. Man, that music is so classic Nintendo.

MotoGP 2 was based around the first year of four-stroke Grand Prix bikes. The game itself was good and had a very solid offering. It didn't really excel anywhere except one. It was one of the first, and possibly best, titles to ever be played online with up to 16 players competing on two or four stroke motorcycles. Beating players from all over was such a thrill. The current offerings fall short of this legendary title.

READ MORE: La Motocyclette at The Geffen Contemporary: A Women Who Ride Profile

The Superbike game genre had always been pretty good, tough, technical, and well, not that much fun. They always felt like work, and for some unknown reason the menu system needed to load between every single choice you made. SBKX didn't fix many of these items, but it did offer an easily accessible arcade mode where casual fans could race and enjoy the game while the hardcore full sim players could also benefit from a larger audience and more development behind the title. It's an "everybody wins" scenario.

There you have it, the 5 motorcycle video games that most influenced my motorcycle gaming life. What are some of yours?