The 1st Annual Beater Olympics - How I Became Bike-urious 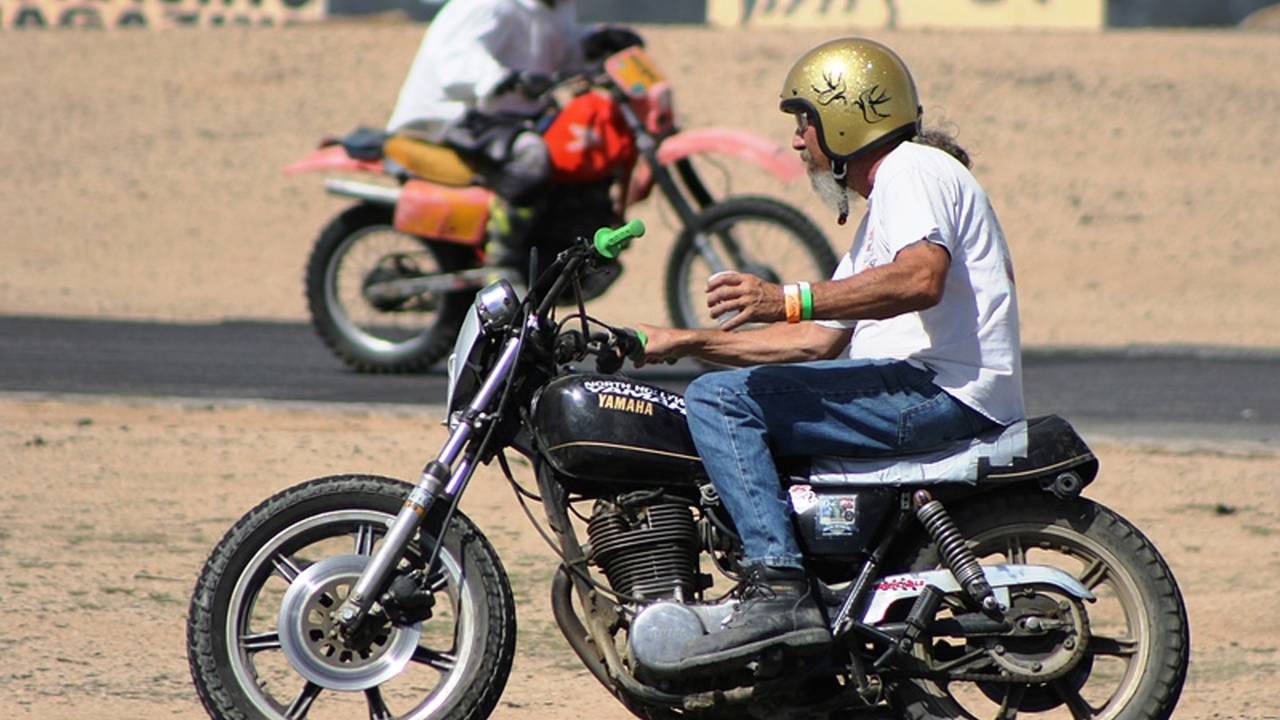 The Beater Olympics is a series of competitions for 2 person teams on bikes worth about $500, culminating in a relay race and a party afterwards.

I will freely admit that I'm a world class cheapskate. Not having any dough to spend is constantly getting in the way of the expensive hobbies I want to have, like motorsports. I’ve raced a car in the 24 Hours of Lemons series for years (though the whole team took 2015 off for personal reasons). But honestly, even endurance racing $500 cars is too expensive for my wallet.

I’ve often lamented that there was no equivalent race series for bottom-of-the-barrel motorcycles; the closest thing I’ve found is “run what you brung” dirt events. Then the press release from Bike-Urious announcing the Beater Olympics came across my electronic desk.

Reporting Live From Beater Olympics I

The idea of the Beater Olympics is a series of competitions for two-person teams on bikes worth about $500, culminating in a relay race and a party afterwards. It was not strictly analogous to the endurance road race events Lemons puts on, but it was an opportunity to compete against other bikes and riders for next to nothing.

The events included the popular slow race, bike limbo, transporter, paperboy, drag race, and more. Needless to say, they had my attention. Seems like they got the attention of at least 15 other people in the immediate Southern California area too.

I was late getting out to Apple Valley, CA's Grange Motor Circuit because there was an estate sale full of old bike stuff I couldn’t pass up. On top of that, I didn't know that the track is about five miles from the nearest paved road.

The facility seems like the race track equivalent of skateboarding a drained pool at an abandoned mansion. It's like a perfect little private track, plopped in the middle of the empty desert where the land is cheap and there are no neighbors to complain. It's the perfect sized venue for an event like this because the whole thing felt like a private party.

The minute I rolled up and introduced myself to Abhi, the brains behind Bike-urious, I was asked if I had brought gear with me. I had to force my size XL head into someone else’s M sized helmet, then added the giant emoticon foam head to become a last minute replacement rider. I had missed the slow race, but was pointed toward a worn out 1980s XR350, dubbed the Santa Maria, which if you remember was the ship that Columbus sank on his trip to America.

I then set out to do the limbo.

We’ve never met, but I'm easily 6’2" and have a huge head even without a helmet on. On the tallest bike there, with a helmet and foam head, I never really had a chance, but I gave it my all. I got under the tallest bar, but barely.

The next pass I knocked it off, but they gave me one more try.

Maybe on a bike I was more familiar with I could have Rollie Free-ed my way under it, lying flat on the seat, but even belly and chin on tank I couldn’t make it.

And there was no way the XR350 was going to beat a moped with the rider sitting on the rear luggage rack and the bars folded back anyway.

The next event was dubbed The Transporter and involved riding laps of the track while carrying a plastic cup full of water. One of the best things about the whole Beater Olympics was the improvisational nature of it, and of course, none of the teams had planned on how to do something like this. The start was the toughest part because you need both hands to work the clutch and throttle—except for the moped.

Some riders tried stashing the cup in their shirt, with varying degrees of success. My teammate Nathan May jumped out to an early lead, only to stall the poorly running XR350 in a tight corner.

The team that eventually won the whole thing, an older gentlemen on a Yamaha SR500 with a rod knock, fielded a rider who seemed to have plenty of experience riding with a drink in his hand.

It was a close race, and nearly a photo finish, but the SR500 team won by virtue of spilling less water. Sorry for this lousy picture, but it was a thrilling—though low speed—race.

The next event, The Paperboy, had riders turning a lap while trying to get four balls into four targets around the track. The biggest challenge here was how to ride and hold four balls.

Several riders wedged them into their helmet visor opening or handlebars, but I stashed two of them in my shirt for a different type of drag race. This was a fun, yet still serious race with seconds taken off your lap time for hitting the target, and more off for getting a bull’s eye. In the spirit of the Beater Olympics, I don’t even know who won this one.

The real drag race was next. The unique twist for this event was that it was a dead engine, Le Mans-start drag race. This was a serious handicap for tall, kickstart-only bikes like the XR350 and a boon for electric-start bikes. Because of the unique nature of this drag race, the 49cc moped nearly won several times, being able to pedal away from the start until the motor kicked in, only to be passed in the last few feet.

Unfortunately, I had a very motorcycle-event-filled day, and had to leave early to get back to Hollywood to see “Lawrence of Arabia” on the big screen. So I left the real motorcycles in the real desert, and went off to see celluloid heroes ride off into the onscreen desert. After I left there was a relay race, the trophy ceremony, and then a party.

From what I hear Bike-urious brought several kegs of beer, and the band "Mystic Reign" brought their own stripper poles and dancers. And because there were no neighbors to complain, the party went all night.

All signs point to this happening next year as well, with hopefully twice the number of teams and bikes as this inaugural event. And with any luck, the Looneyville Runners will be able to keep that SR500 motor together long enough to defend their title next year. For more information check out Bike-urious.com or the Beater Olympics site.

READ MORE: The Story of Cannonball Baker and the Ridiculous Vintage Motorcycle Race He Inspired | RideApart