On Friday, we prepped you for the Red Bull Straight Rhythm Ride at the Pomona Fairplex, to be run the next day. Here's a recap of the action.

On Friday, we prepped you for the Red Bull Straight Rhythm Ride at the Pomona Fairplex. We watched, you watched, (some of) the world watched, and here's what we saw:

Riders with engines greater than 250cc's started off the day.

Veteran rider James Stewart saw his first racing action since last year's Red Bull Rhythm Ride and in an exciting semi-final match-up, he found himself pitted against Ryan Dungey for the first time in 2015. After Dungey pulled off one terrific run, Stewart took control and finished off his opponent with two perfect runs to earn a spot in the final. 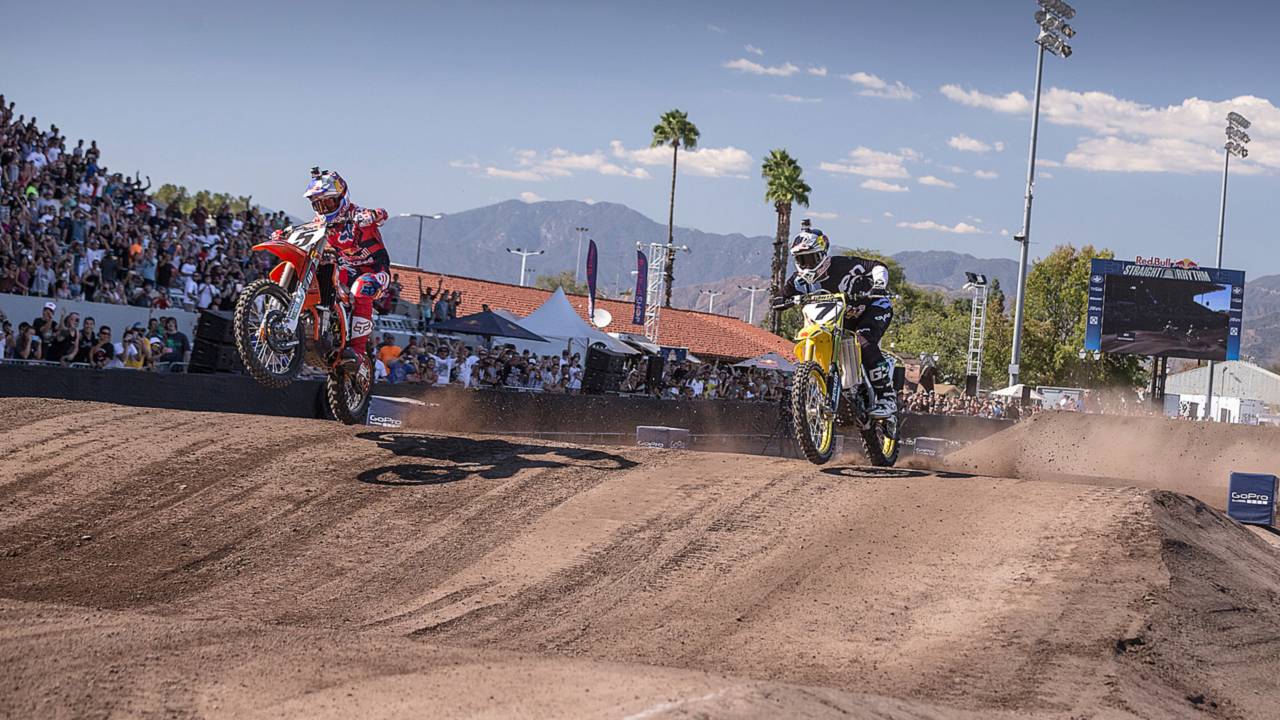 Meanwhile, motocross virtuoso Ken Roczen faced a tough semi-final challenge of his own in returning Red Bull Rhythm Ride runner-up, Justin Brayton. While Brayton had his share of opportunities to upset the young upstart, Roczen hung tough and edged out the older rider to punch his own ticket to the final.

Anticipation mounted as the two riders took the starting line. Could Roczen match Stewart's 2014 perfection and take home the title? Would Stewart find a way to throw off Roczen's route to the history books?

READ MORE: On Any Sunday: The Next Chapter | RideApart 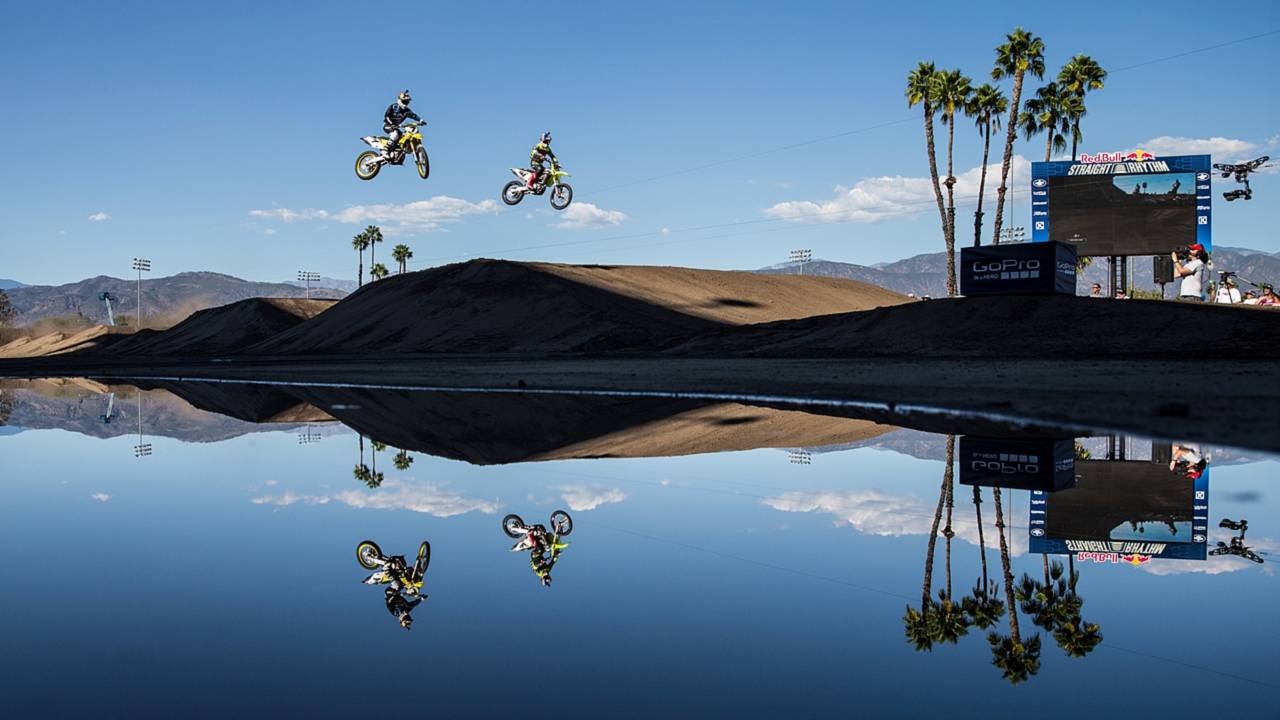 The series began with Stewart beating out Roczen by a slight margin in whoops speed. Needing to push through to a third race for a chance at glory, Roczen steeled his reserves for the next run. Unfortunately, at the very first section of track, the challenger checked up badly and in doing so, sealed the Open title for the incumbent, James Stewart.

In the 250cc and under division, Malcolm Stewart (James' younger brother) was on a mission from the first gun. And after making quick work of the quarter- and semi-finals, He found himself in the final; ensuring at least a podium finish for all Stewarts involved.

"Big names to watch" and Troy Lee Designs KTM teammates, Jessy Nelson and Shane McElrath faced off in the second semi-final to determine who would try to win it for their team. McElrath needed the minimum two races to take down Nelson—last year's third place finisher—and it was Stewart vs. McElrath for the Lites championship.

Malcolm hadn't lost a race all day and though McElrath, who was a clear contender coming into the race, left everything he had out on the track. The younger Stewart brother still found himself undefeated when the Lites Final dirt settled.

So the second annual edition of Red Bull Straight Rhythm Ride ended in similar fashion to the inaugural set, just with one additional Stewart mounting a top podium spot.

Check out more videos below (including a sweet Ryan Dungey POV):