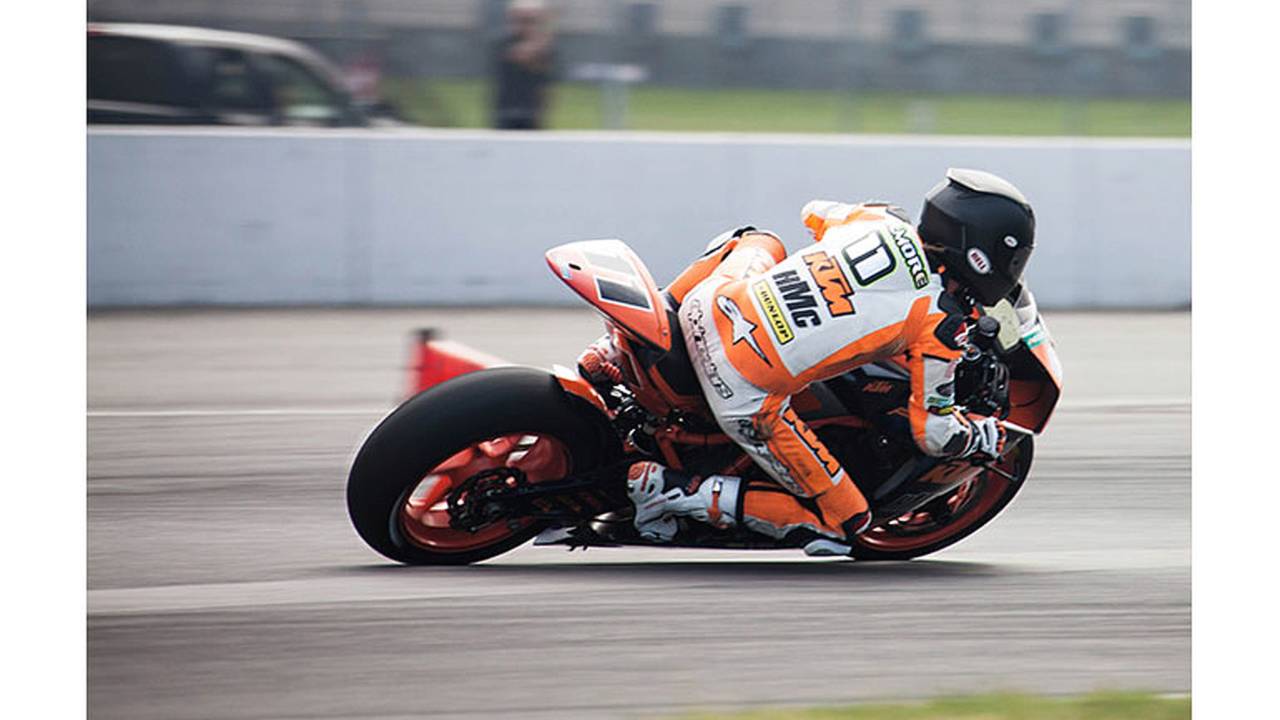 Pulling up to Auto Club Speedway in good ol' Fontana, California for the Yamaha SoCal Nationals portion of the 2014 GEICO Superbike Shootout felt unlike any other motorcycle racing event organized this year. This hallowed racing ground would would be the stage where professional riders and race teams would duke it out for the weekend.

However, this was no ordinary pro racing weekend as WERA was also holding its annual club racing series event–a double whammy of SoCal racing nirvana. WERA worked tirelessly over the last few months to accommodate this popular pro-level event abandoned by the AMA this year and incorporated it into its usual racing schedule. The diverse range of talent, equipment, funding and paddock operations around the infield of the NASCAR classic venue made for quite a unique spectacle.

The early morning pit scene consisted of Josh Hayes training on his stationary bike and Cameron Beaubier signing babies in the Y.E.S. Monster Energy Graves Yamaha paddock while the big, blue pro transport rig sat next to Joey Fontana scrambling around a U-Haul trailer in tow by his Geo Prizm. Which he over slept in after a few too many light domestics the night before.

At the other end of the garages, young Joe Roberts is processing Keith Code’s scientific breakdown of the race circuit in the Team Hammer GEICO M4 Honda pit with Melissa Paris keeping an eye on her husband down the row on the stationary bike while LFG (local fast guy). Larry was fine tuning his blood, sweat and tears-funded track weapon under the same roof. Despite the disparity of pit antics and motives, everyone was at the track for one thing – racing. After a few hours of practice, track clean up and logistical hiccups, the impressively-large crowd had gathered and the races were ready to get underway.

Just after noon, the first green flag dropped unleashing WERA club racers in classes from Formula 1 Expert to Lightweight Novice and producing some heated head-to-head battles. Race number 5 on the docket was the first of two Pro classes making up the Superbike Shootout series. Dynojet Pro Sportbike competitors lined up on the grid with names like Garrett Gerloff conducting pre-race interviews with umbrella girls on both sides backed by 5-man pit crews monitoring tire warmers and engine management vitals. Just a few grid positions down the line, a local hero tries to stay cool aboard his rashed up, old body GSX-R600 hoping his tires will stay warm as the pro teams around him take their time lugging equipment off hot pit lane.

Once the green flag dropped and the entire field made a mad dash for the holeshot, it was racing as usual for racers and fans alike. 20 intense laps were clicked off before the checkered flag was flown on the banking of Auto Club Speedway putting Bobby Fong and his Triumph Daytona 675R on top of the podium followed by Gerloff on his R6 and Benny Solis on his Honda CBR600RR. Aside from these impressive performances, it was also remarkable noting the largest best lap delta between competitors was a mere 8 seconds. This is quite the feat given the wide range of variables comprising each “team”.

Plenty more club racers diced it up around the 21-turn, 2.36-mile road course in the vast WERA classes before race 10 came around with the premier event of the day; the RaceFuelZ Pro Superbike race. It was obvious that this battle was going to come down to the wire right when the clutches were dumped. Beaubier and Hayes on their Graves R1’s with Martin Cardenas and Rodger Hayden on the Yoshimura Factory Suzuki GSX-R1000’s made up a rather tight cluster of front runners for the majority of the race. However, due to an aggressive inside move mid-race going into turn 12 by Hayes, the veteran found himself fighting to make his way back to the top. This bout proved to be a photo finish after all as Cardenas slipped by Beaubier to take the W with Hayes salvaging a bronze finish.

After a few more WERA races to round out the event schedule, the Southern Californian round of the 2014 Superbike Shootout series came to an end. The massive crowd of families, bikers, race fans, pro teams, club racers, vendors and media migrated toward the gates after witnessing a truly rare display of talent. An opportunity for all motorcycle racing stakeholders to gather in such an intimate setting does not happen every day or even every year. It was awesome to witness pro racers discussing strategy with local novice class competitors and factory teams lending tools to grassroots racers/mechanics/crew chiefs. It was disappointing a few months ago when the AMA announced its 2014 skeleton “schedule” comprised of a mere 5 (now 6) races with Fontana cut from the roster but the efforts WERA exhibited this weekend made it all worthwhile.