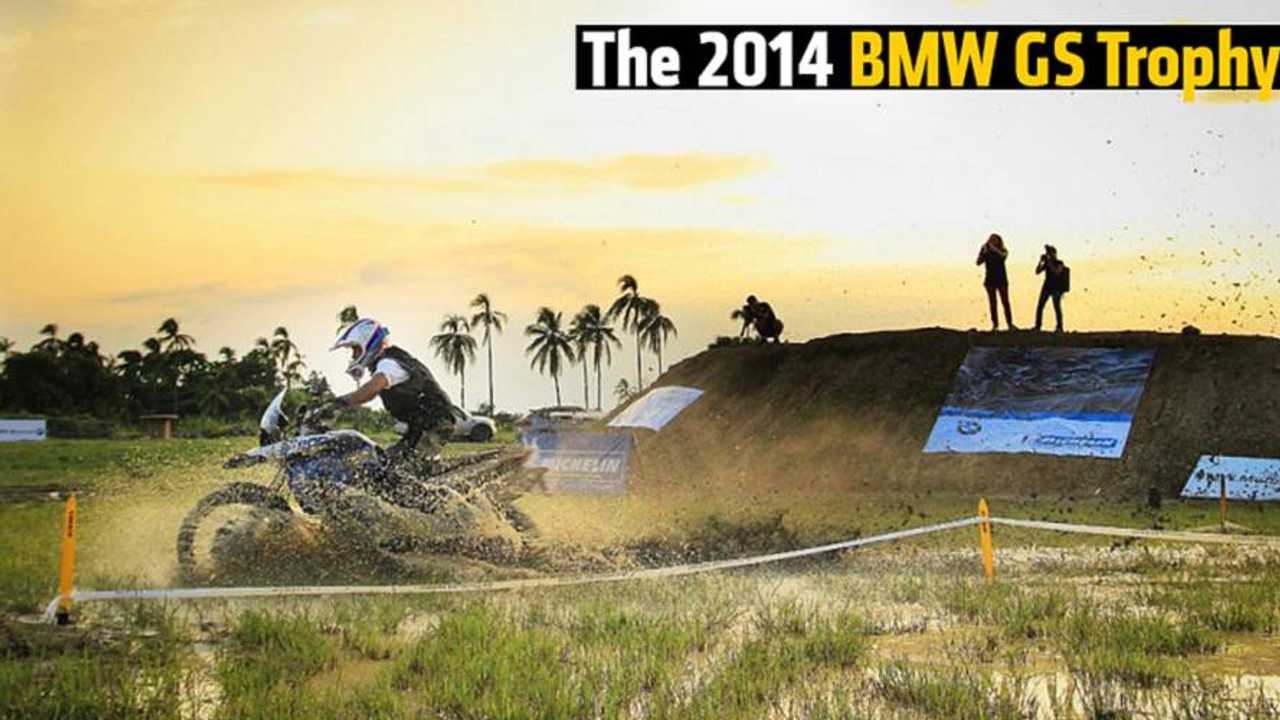 BMW's GS Trophy is not a race, it's an adventure in motorcycling. Held every two years in a new location, it places teams in a competition with seven events per day over a seven day period. The race demands mental and physical toughness as well as team work to make it to the finish. This year's event was held in Western Canada, whose beauty and wilderness is as untamed as wild as you could ask for. While this is not technically a race  - it's more like a rally, or a really crazy dare - they do crown a winning team.

This year's event finished up last week with a heated race for the lead that started from the beginning. Rain and sub-zero temps made this year's event even more interesting than usual. Those of you who don't know about the BMW GS Trophy - what is it and what makes it cool? Read on:

Winding their way through Western Canada in the provinces of British Columbia and Alberta, contestants are able to experience terrain and temperature fluctuations that really challenge their riding. Between the Rocky Mountain trails, gravel roads, and going completely off the beaten path through the woods it encompasses everything an adventure rider could want to run through.

READ MORE: How to go Adventure Touring on a Budget

READ MORE: A Short History of the Adventure Bike

The events that riders had to deal with are varied and difficult. Some were just plain fun and weird. The final day included pulling a vintage Dodge in sub-zero temperatures, a relay deep in the forest, and trials riding that included blind folds. They had me at sub-zero temperatures! I have to admit checking out the events and looking at the photos I definitely want to ride Western Canada, and maybe someday do the GS Trophy myself.

Technically team CEEU won. Points are earned for each event and the CEEU team amassed 276, finishing 49 points ahead of second place South Africa. In the end, however, everyone who participated won simply by making it through. Adventure riding with people who will become friends is so much more rewarding than just winning the GS Trophy.

Pushing you, your machine, and your team to the limits and beyond them at times are why events like this exist. Check out the photos and visit the GS Trophy site for even more. Who knows - maybe some of us will be there in two years!