RideApart looks at the history of the Adventure Touring bike.motorcycle - the genesis of the first bike to wear the name and where we are now.

People have been adventure riding since the very first motorcycle turned a wheel. Back then, riders had no choice - there were few paved roads. There was also no suspension, and the tires were made out of wood, solid rubber or even just metal. Every ride was an adventure.

Although "adventure" has been a part of motorcycling since its invention, the "Adventure Bike" as we know it today is a fairly modern concept; many bikers riding today were around when the first branded adventure bike hit the markets. Today, adventure touring is as much about style as it is about a specific type of motorcycle. One motorcycle that combined style with substance defines this category and is the progenitor of the modern adventure touring craze.

The year was 1980, and BMW arrived at the IFMA international show in Cologne with something new up their sleeves. They shocked the attendees by revealing the R80 G/S, a motorcycle that was designed to eat up pavement, dirt, and everything in between. The G/S stands for Gelände/Straße - literally translated, it means "terrain"/"street". This ran counter to the design trend of the time: purpose-built machines for each style of riding. Prior to the G/S, if you wanted to travel two-up tour you had to stick to the roads. If you wanted to ride off-road you had a stripped down motorcycle that you couldn't tour on.

This is the generally accepted version of how BMW created the first "official" (that is to say "branded") adventure touring motorcycles. But as we know, many of the labels that manufacturers slap on their bikes are really just marketing jargon. 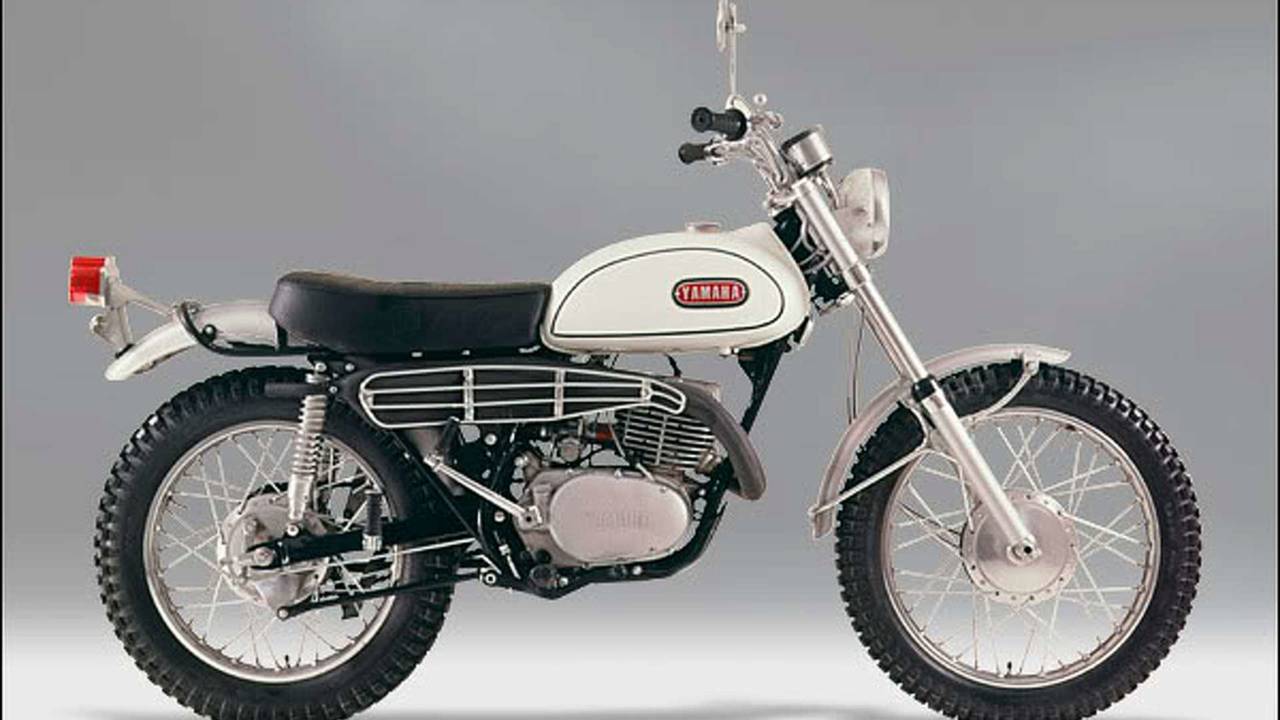 Street dirt bikes were reintroduced in 1968 when Yamaha brought out the DT-1, a dirt-worthy motorcycle that can be ridden on the street. These lightweight motorcycles sported two stroke motors and were great off road and adequate on the street—just good enough to get to the trail but not good enough to ride for hundreds of miles on asphalt.

This was Yamaha's first stab at a true dual-purpose bike; it bears much more of a resemblance to rider-modified (and factory-produced) scramblers than it does to today's big ADV bikes. Later models, by Yamaha and others, would begin to morph into heavier and heavier motorcycles with increasing amounts of power - sometimes dramatically so. This made them less dirt-worthy motorcycles. This progression took place over a 20-year period culminating in two distinct paths. One is the path that BMW took with the R80 G/S, providing a road bike that had some dirt capability. 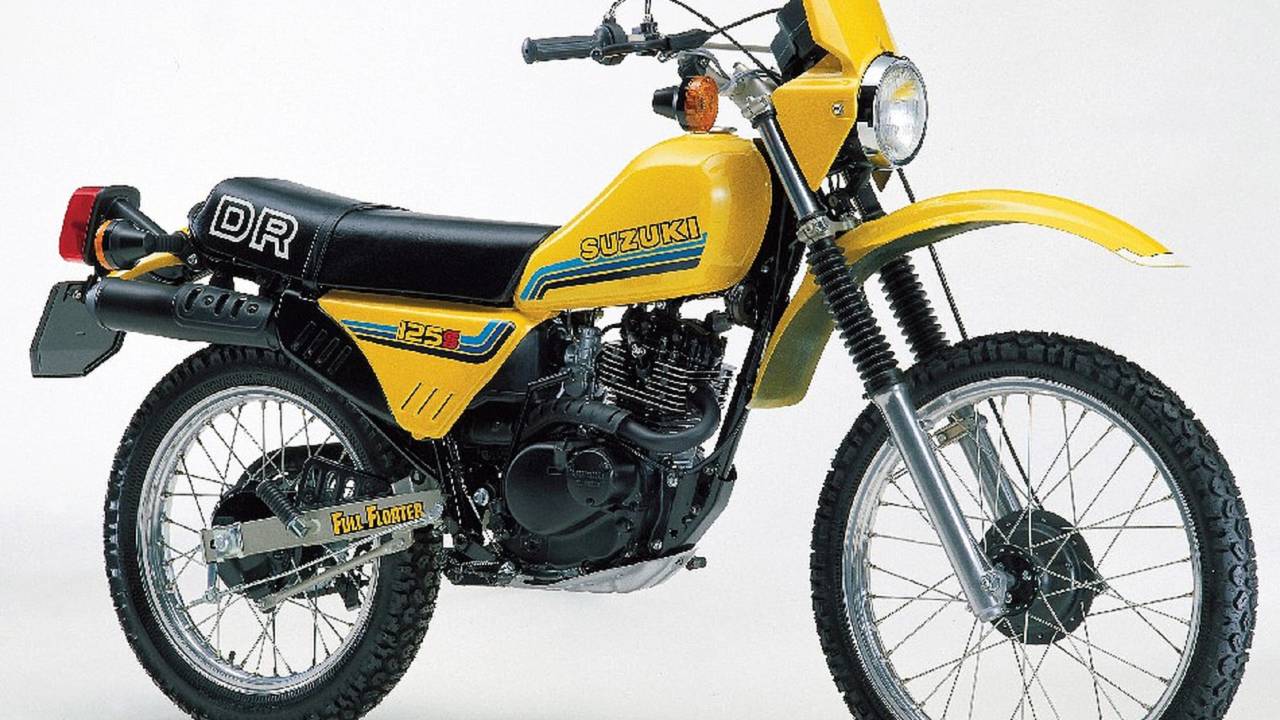 The second path took place a few years later when Suzuki introduced the DR125S, the first "Dual Sport" marketed as a street-legal dirt bike - i.e., a dirt bike with headlights, brake lights, and turn signals. This "Dual Sport" moniker was quickly picked up and used to describe any bike that was similar in style to the DR.

One of the other items the DR line spawned was the beginning of the "beak" seen on almost every adventure motorcycle. There's some debate over the actual purpose of the beak, but in 1988 it debuted on the Suzuki DR S 750 BIG. There was a lower fender mounted to the forks to block debris so it had no practical purpose. Most think it was a style exercise to mimic the high fender of a traditional dirt bike. Either way it has stuck to the category as a signature aesthetic. 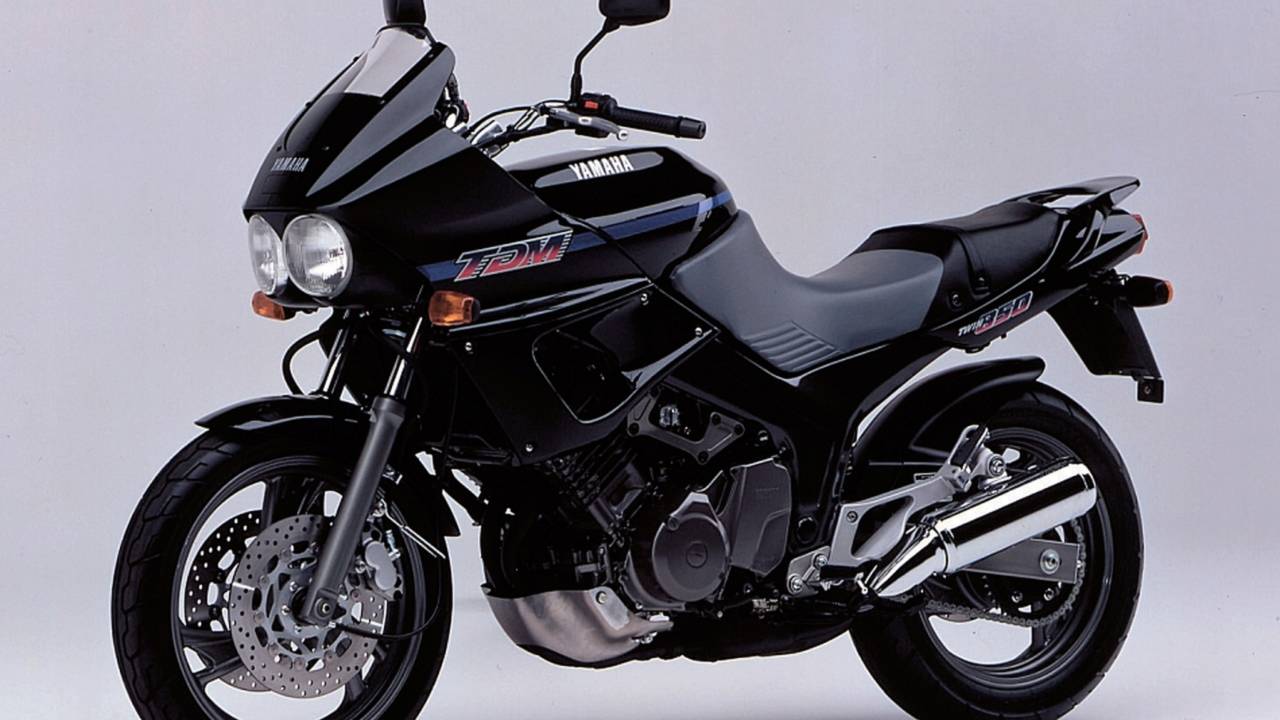 Yamaha can be credited as the first to offer a road-only version of an adventure motorcycle. Launched in 1991 the TDM 850 had a very upright riding position and the engine was derived from the Paris to Dakar winner XTZ 750 Super Tenere. The TDM was never marketed as an off-road bike. It was intended to be able to tackle roads in the Alps, with the long travel suspension allowing it to deal with the sometimes rough asphalt. It was considered too big and bulky for off-road. 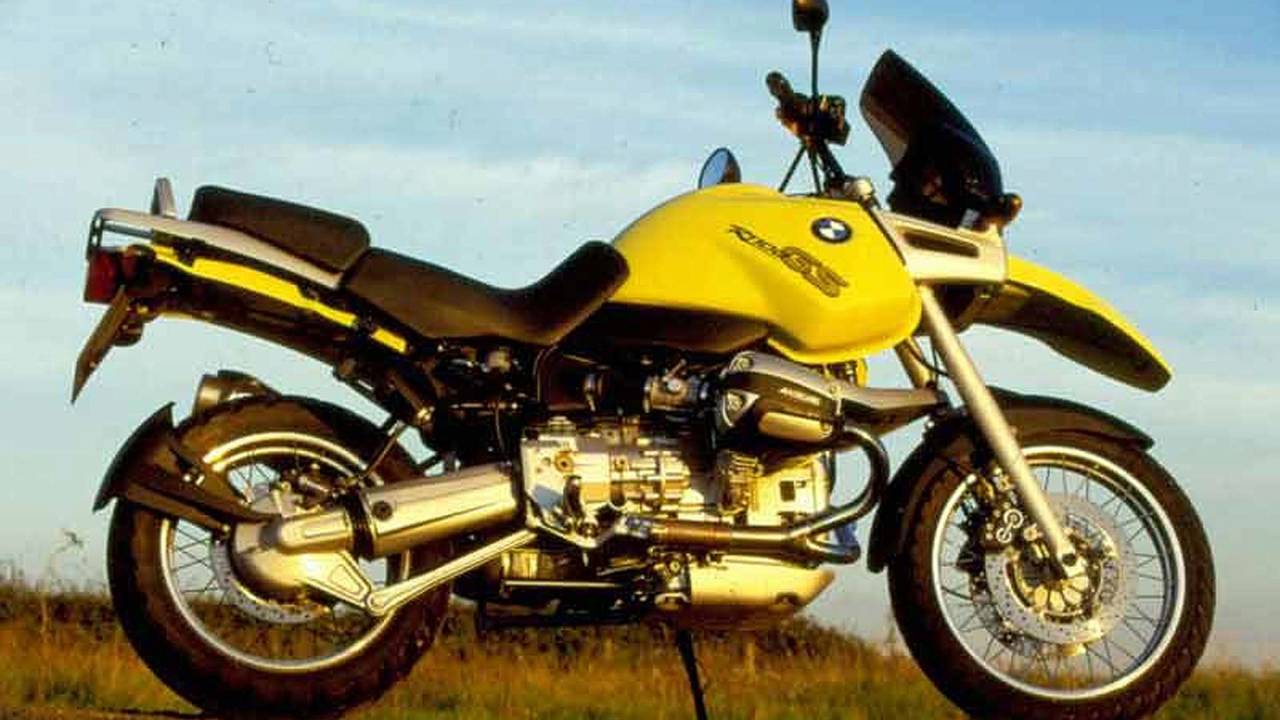 Enter 1994, the landmark year for adventure motorcycles. The launch of the R1100GS marked a turning point for BMW. They introduced the oil-head, opposed-cylinder twin, which offered a massive upgrade in performance - and sales. Over a five year period from 1994 until 1999, BMW sold 39,842 R1100GS. The R1150GS sold 58,023 bikes over a 5 year period, including 17,828 higher-end Adventure models. In the motorcycle industry that kind of sales success is considered a home run.

So where does that leave us? The R80 G/S spawned an industry single-handedly. It is the all-time best selling bike of its kind, and to this day no other brand sells more adventure bikes than BMW. For that we'll give BMW credit for building - or at least marketing - the first "Adventure" motorcycle.

In the end riders created the adventure bike. Adding touring accessories to dirt bikes, changing tires, seats, wind screens and other items made touring bikes out of dirt bikes and dirt bikes out of touring bikes. Manufacturers took note of this trend and started offering motorcycles based on what the original adventure riding enthusiasts were building and using. Adventure bikes are a major motorcycle marketing category that appeals to the masses but sometimes falls short of the original intent. While the merits - and even off-road cred - of individual ADV models can be debated, one thing remains constant: adventure will always be in the hands of the rider in the saddle!

This was a short history, so we're sure we missed something. Tell us in the comment section below.