Still no official info, only photos at this moment, but that doesn't stop wild speculation that claims to be fact. According to Ninjah2.net, the Ninja H2 is supposed to make 300hp out of the supercharged 4-cylinder--we believe that's unlikely stock, but tuning 300hp out of a supercharged power plant isn't unreasonable. There's no way a production bike could make that kind of power straight from the dealer, but we could be proved wrong as Kawasaki will unveil the bike tomorrow morning, September 30th, 2014 at 1:30am. Another estimate says around 225hp, which is still absurd.

The frame resembles that of a Ducati Monster, with exposed frame tubes that use the engine as a structural part of the bike. It looks to be very light weight for its size as one speculation says it'll measure 998cc. The carbon-fiber body work will probably be exclusive to the H2-R model, which is what you're looking at here. Wild carbon-fiber intake ducting and a single-sided swing arm, we can't wait to get our legs over this thing… which might be sooner than you think. Pssh, check back in a couple weeks.

Either way, enjoy the photos and stay posted as we'll be unveiling the Kawasaki H2 Ninja tonight as soon as in the info comes in. 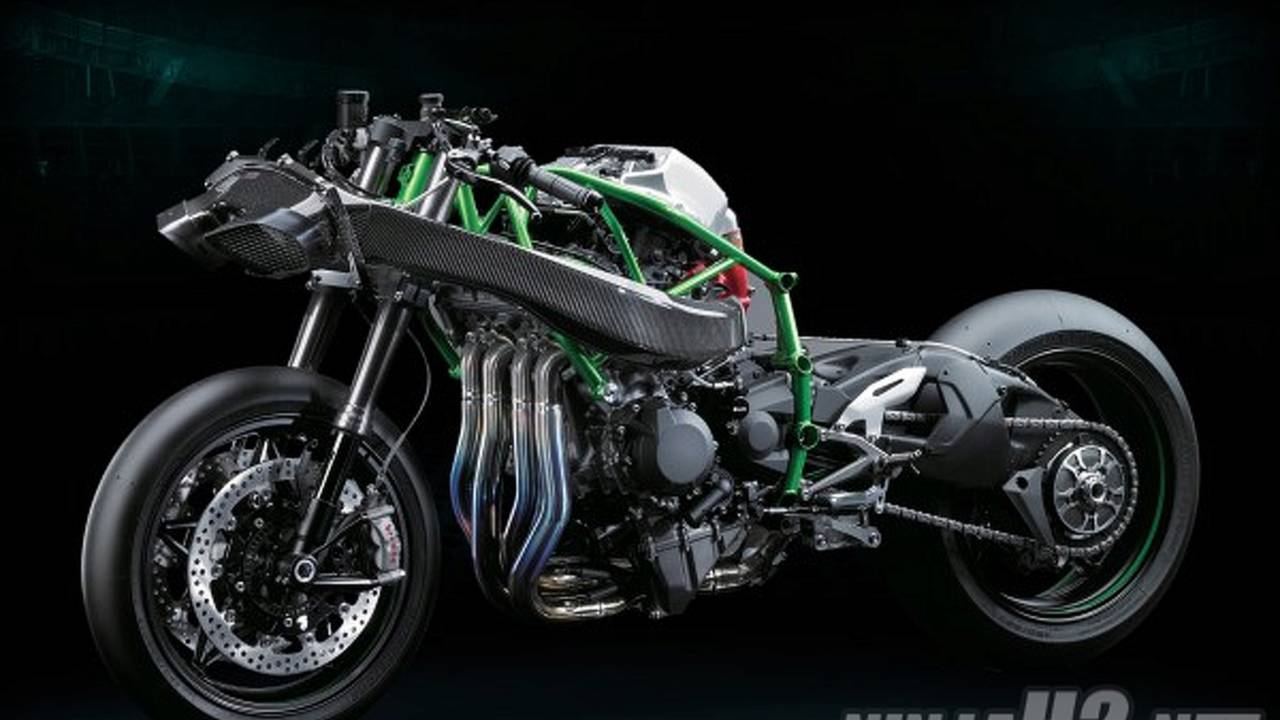 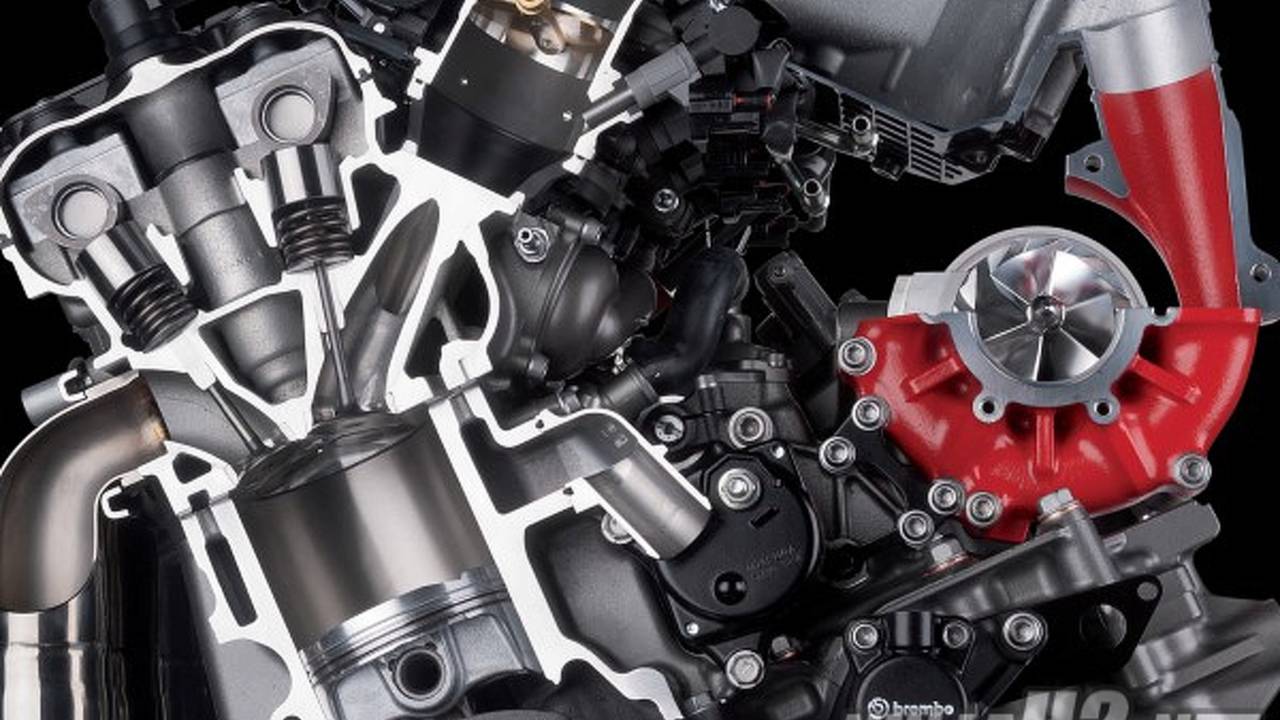