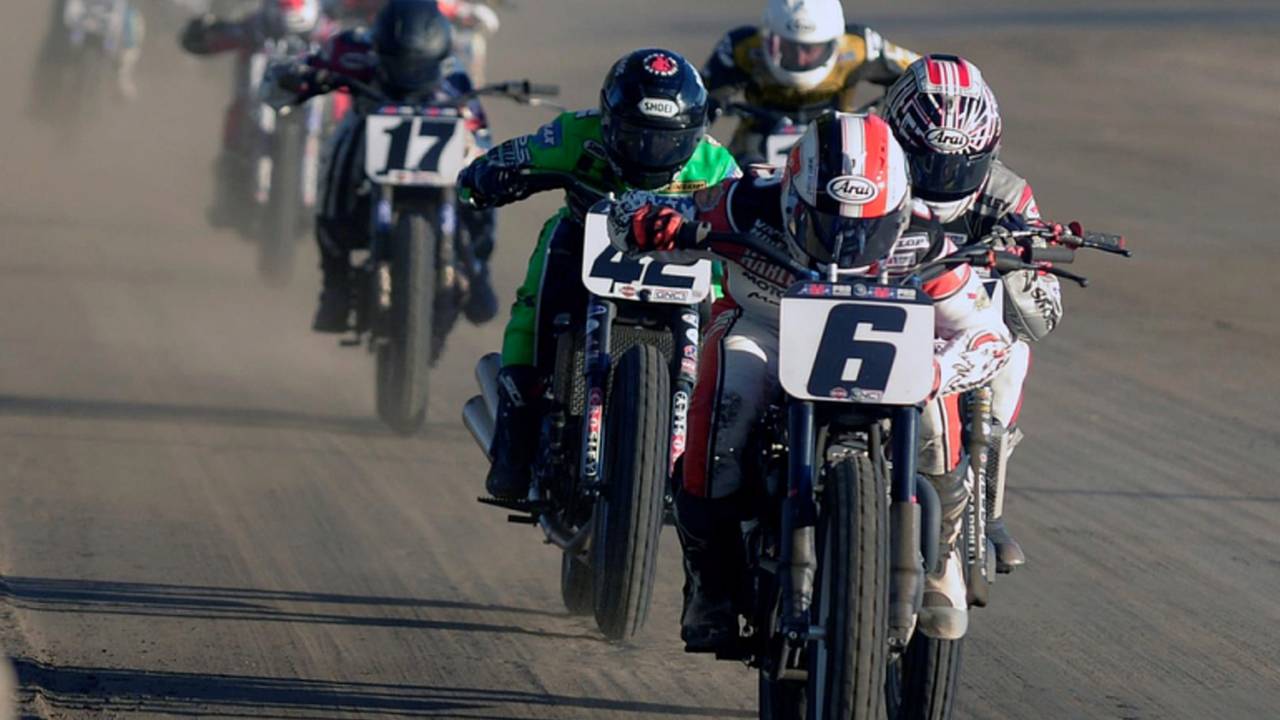 Harley-Davidson has re-upped its partnership with AMA Pro Racing. With new bonuses!

Over the course of the season, Harley-Davidson will show their support for the sport in the form of a per-race contingency payout totaling $96,000. Following each main event featuring AMA Pro Flat Track’s premier division, the top five competitors will receive a payout, regardless of the brand of motorcycle entered. As a motivational bonus for the top rider racing for the Milwaukee-based marque, the Harley-Davidson mounted rider with the highest point total at the end of the season will receive a year-end bonus of $25,000.

Harley-Davidson and the Grand National Championship have been synonymous since the series was formed in 1954. To honor the heritage and the history of the sport, the Harley-Davidson Museum is hosting an exhibit featuring the work of the world’s most renowned photographer of flat track racing, Dave Hoenig.

“Race Day: Photos from the Flat Track” will be on display at the attraction in Milwaukee, Wis. from Jan. 22 - Sept. 5. Flat track racing’s preeminent photographer takes the viewer down to pit row and into the grandstands to document the thrills and chills of life in the fast lane. Hoenig has captured more than 1,000 races in his career, keeping his lens trained on the pageantry, emotion and camaraderie of a day at the track.

A second exhibit, “Racing Machines from KR to XR,” will pay homage to the engineering and innovation that pioneered the sport. The Harley-Davidson Museum’s Design Lab reopens with a focus on the role Harley-Davidson’s hardscrabble engineering team played in creating the legendary bikes that would dominate the race tracks of the 1950s, ’60s and ’70s. In all, 10 of the legendary machines will be put on display for fans to view.

The iconic brand has had a lasting impact on the sport of AMA Pro Flat Track, creating memories, lore and legend for fans to enjoy. The Motor Company has also created lasting impressions on the stars of the sport. One racer, in particular, that has reaped the benefits of the Harley-Davidson lifestyle is Jared Mees, the 2015 Harley-Davidson GNC1 presented by Vance & Hines Champion.

“Harley-Davidson has been a part of Flat Track for as long as I can remember,” Mees said. “I’ve been riding the Harley- Davidson XR750 since I started in 2002, and I’ve been fortunate enough to gain their support throughout my career. A lot of what I’ve been able to accomplish has to do with the Harley-Davidson. I’m proud that I ride a Harley.”