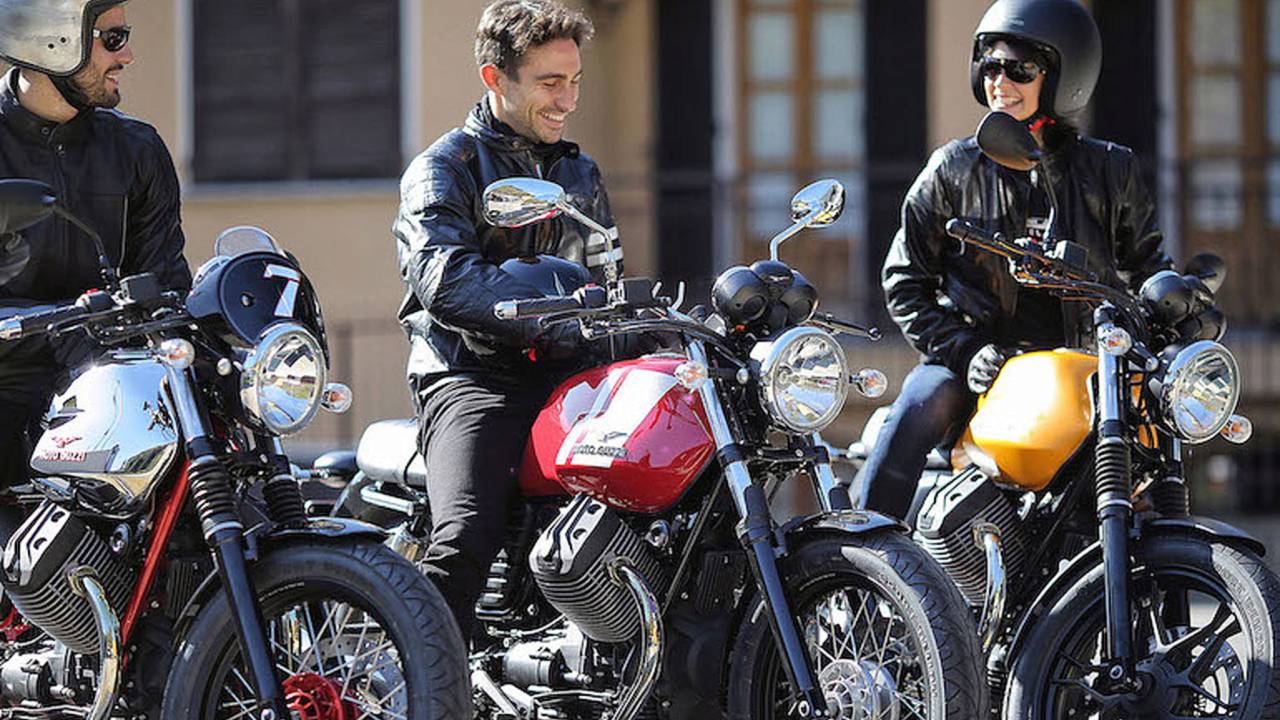 Documents Suggest Moto Guzzi V7III in the WorksJust two years after releasing the V7 series it appears Italian manufacturer Moto Guzzi is about to...

Just two years after releasing the V7 series it appears Italian manufacturer Moto Guzzi is about to update the popular line of retro bikes once again.

According to a report by Motorcycle.com, Moto Guzzi’s parent company Piaggio has filed for a trademark of a new V7III logo.

The V7 series has been around for decades, remaining relatively unchanged until 2014 when the shaft-driven, 51hp machine was given a major overhaul, making it the V7II. Though its aesthetics remained mostly the same its unique V-twin was tilted 4 degrees toward the front axle and lowered 10 mm, which helped to improve rider comfort.

Most notably, however, the series was equipped with ABS and traction control, putting it – for a very short time – at the technological forefront of the retro scene. The bike is currently offered in four variants: the classically styled Stone, the scrambler-esque Stornello, the café-style Racer, and the 70s-inspired Special.

However, the 2014 updates were short-sighted, as the bikes will not comply with Euro 4 emissions regulations set to be enacted at the start of 2017. The impending regulation has been well known for some time, so it’s unclear as to why Moto Guzzi chose not to make its emissions updates when it updated everything else.

Either way, we would expect to see the new V7III bikes unveiled within the next few months. Either at the Intermot show in Cologne, Germany, in October, or – perhaps more appropriately – at the EICMA show in Milan, Italy, in November.

We’ll be at both shows this year and will be pleading with the folks at Moto Guzzi to let us get our hands on one as soon as they appear.