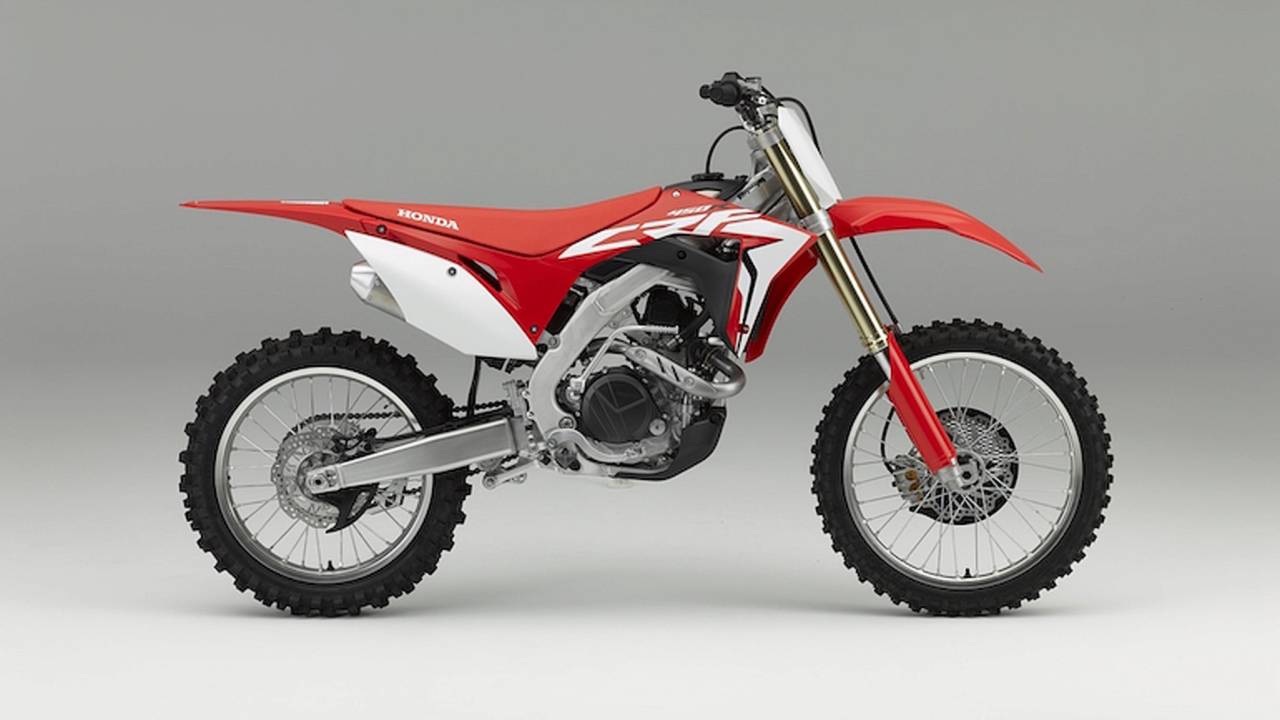 Honda Unveils New CRF450RHonda has pulled the cover off its new CRF450R, a bike it says "promises to be the most powerful, best-handling Honda...

Honda has pulled the cover off its new CRF450R, a bike it says "promises to be the most powerful, best-handling Honda motocross machine ever." The company has nicknamed it "Absolute Holeshot."

"Riders know that the most important part of any motocross race is the start, and the new CRF450R Unicam engine has been developed to achieve overwhelming performance in the first 100 feet of battle, offering increased power output but also allowing unparalleled traction," claims Honda. "And while arriving to turn one first is significant, winning requires staying in front for the entire moto, which is why Honda engineers designed an all-new chassis with reduced weight and centralized mass. The result is a machine that is at once fast, reliable and forgiving, and that allows riders to more easily extract maximum performance, consistently turning low lap times while simultaneously taxing their bodies less."

The 2017 lineup also includes a brand-new model, the CRF450RX, which is based on the 2017 CRF450R but with a number of differences that make it appropriate for closed-course off-road racing like the GNCC series.

"Like its motocross-focused sibling, the CRF450RX is designed for maximum agility and performance, offering owners superior power along with effortless handling—the ideal woods-racing combination," Honda said in a media release.

"Both of these models are high-performance machines that represent the epitome of dirt bike engineering," said Lee Edmunds, Manager of Motorcycle Marketing Communications at American Honda. "Over the years, each of the milestone CRF450R models has been eagerly anticipated, and the 2017 version is the best yet. We can't wait to see these models being piloted at the front of the pack by our factory Team Honda HRC and Johnny Campbell Racing squads, our satellite teams, our amateur racers and our customers.

Honda also took the opportunity this week to announce the remainder of its 2017 model-year CRF competition dirt bike model line, including the CRF250R and CRF150R motocross bikes and CRF450X and CRF250X off-road motorcycles.