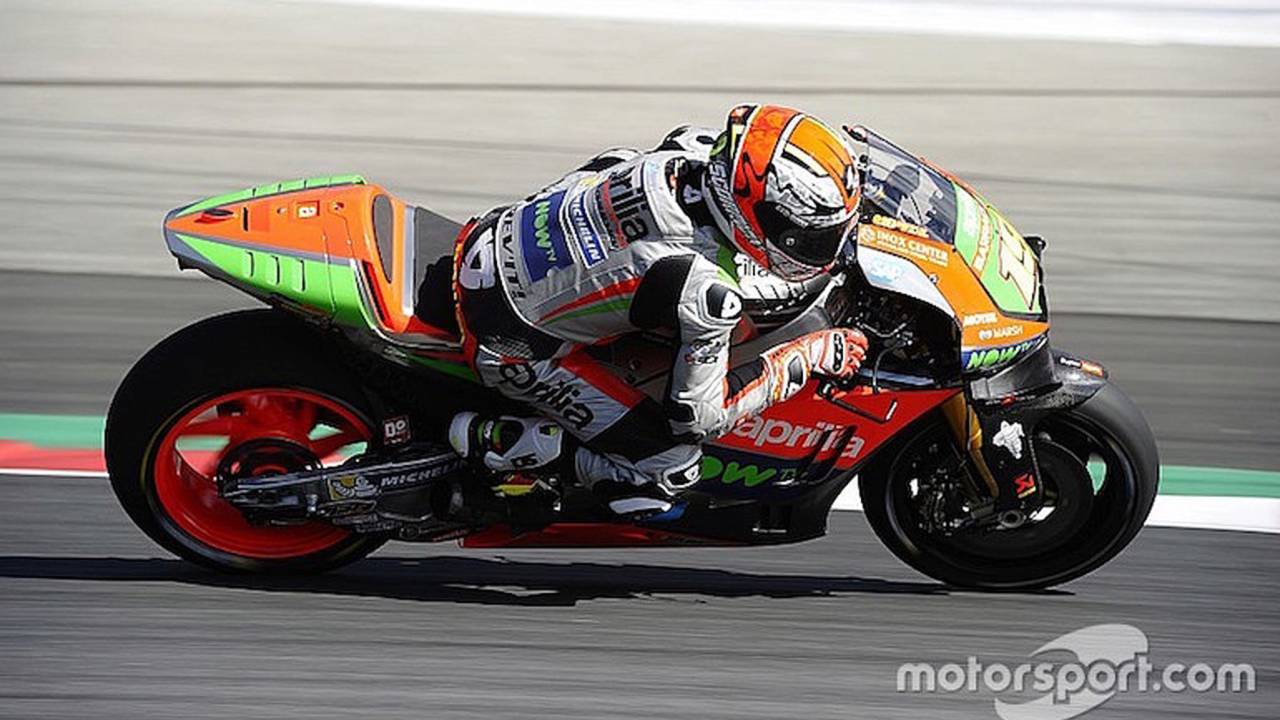 Aprilia MotoGP riders Alvaro Bautista and Stefan Bradl have come in for heavy criticism from their own bosses at the Italian manufacturer, who were left "furious" with the pair's failure to score points in Austria.

The Red Bull Ring race marked the first time in 2016 that Aprilia came away with no points, as Bautista and Bradl both lost any chance of a top-15 finish at the start of the race by jumping the start.

Subsequent ride-through penalties for the pair demoted them to 16th and 19th respectively at the finish. It was the first time that Aprilia hadn't scored points since last year's Japan race.

Team prinicipal Romano Albesiano said: “I am the first to be furious with the outcome of today's race.

"Even on a circuit that does not favour us, we had the best RS-GP of the season prepared, a bike that has shown tangible improvement, and the times are indisputable proof of this.

"If he had not had any problems, Alvaro would have easily finished in the top 10.

"We cannot accept that, after all this work, our potential is squandered because our riders are distracted at the start and because of trivial mistakes on our part in managing the messages on the dashboard."

Roberto Colaninno, CEO of the Piaggio Group that owns Aprilia, added: “Today Aprilia had everything needed to demonstrate the progress the RS-GP has made. From the first race of the season, the new bike has gradually improved.

"We cannot accept the fact that human error – whether having to do with technical management or how the race is conducted – keeps us from demonstrating our true value and achieving the results that Aprilia and this bike deserve."

Both Bautista and Bradl will depart the Aprilia team at the end of the season, with Suzuki rider Aleix Espargaro and Moto2 frontrunner Sam Lowes lined up to replace them in 2017.