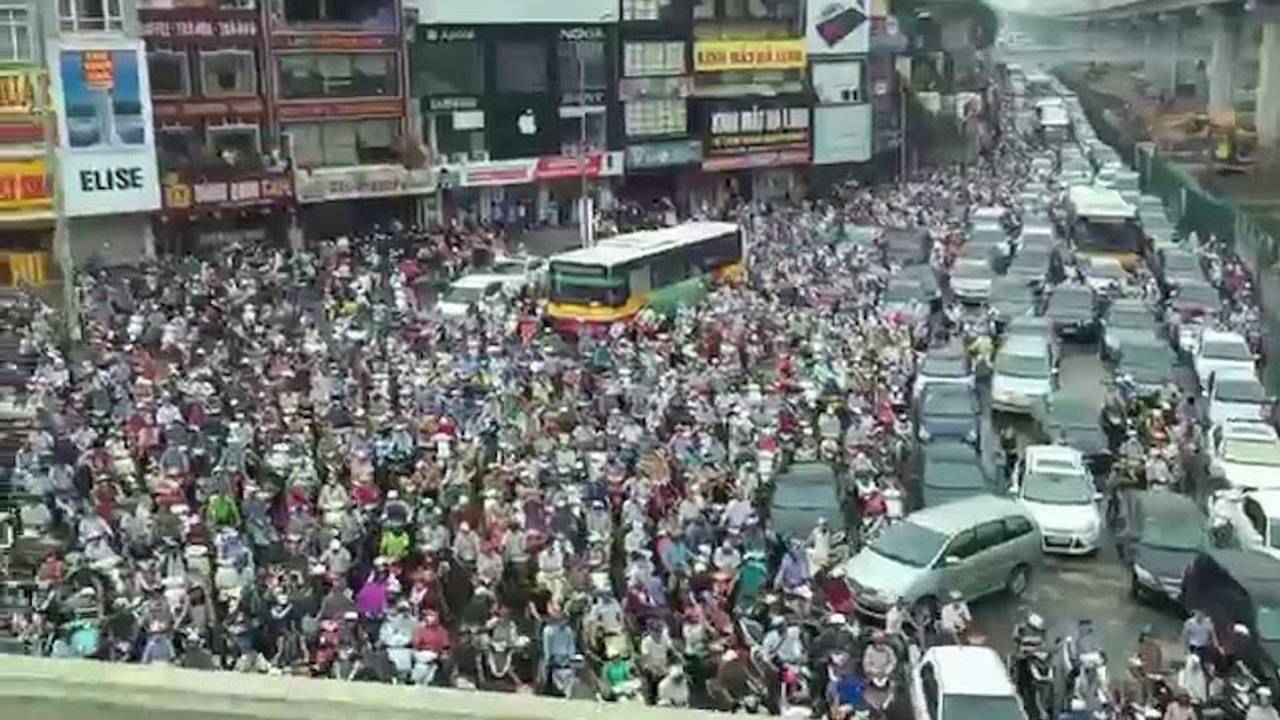 The city of Hanoi, Vietnam, has announced a plan to completely ban motorcycles by 2025.

The city of Hanoi, Vietnam, has announced a plan to completely ban motorcycles by 2025.

The plan is based on an effort to reduce traffic congestion by promoting public transportation. The proposal was apparently prompted by the recent decision in Paris to ban motorcycles made before 1999.

A total ban seems extreme and it's difficult to imagine it being successful. Hanoi now has an estimated 4.9 million motorcycles and scooters on the roads. Last year, the monthly motorcycle registration figures ranged from 8,000 to 20,000. Officials estimated that within the next four years the city would have nearly 7 million two wheelers on Hanoi streets.

Officials say the plan is to encourage bikers to use public transportation instead.

Currently Hanoi has a fleet of some 1,000 buses, accounting for 27 million passenger rides each month. The new plan would create six more metro lines, three Bus Rapid Transit Lines and 18 new bridges within the next 14 years.

Hanoi’s air quality has been regularly listed as Unhealthy by the Real Time Air Quality Index.